For the second time this week, owners of older Google phones are getting payouts for settlements that stemmed from poorly built phones that caused pain in the lives of owners on multiple occasions. This time, well, it’s the Nexus 6P lawsuit that is being paid out.

This particular lawsuit was the result of “bootloop” and battery drain issues that Nexus 6P owners experienced on enough devices that Google and Huawei agreed to pay them all for their troubles. Some customers were eligible to receive $400 back from owning the final Nexus phone from Google.

Like with the Google Pixel lawsuit earlier in the week, the amount of money you could receive depended on how severe your troubles were and if you could provide legitimate proof of bootlooping or battery drain on multiple devices. With that said, anyone who owned a Nexus 6P was eligible for a payout. For example, I just received $15.79 in my PayPal account from KCC Class Action Services, LLC. 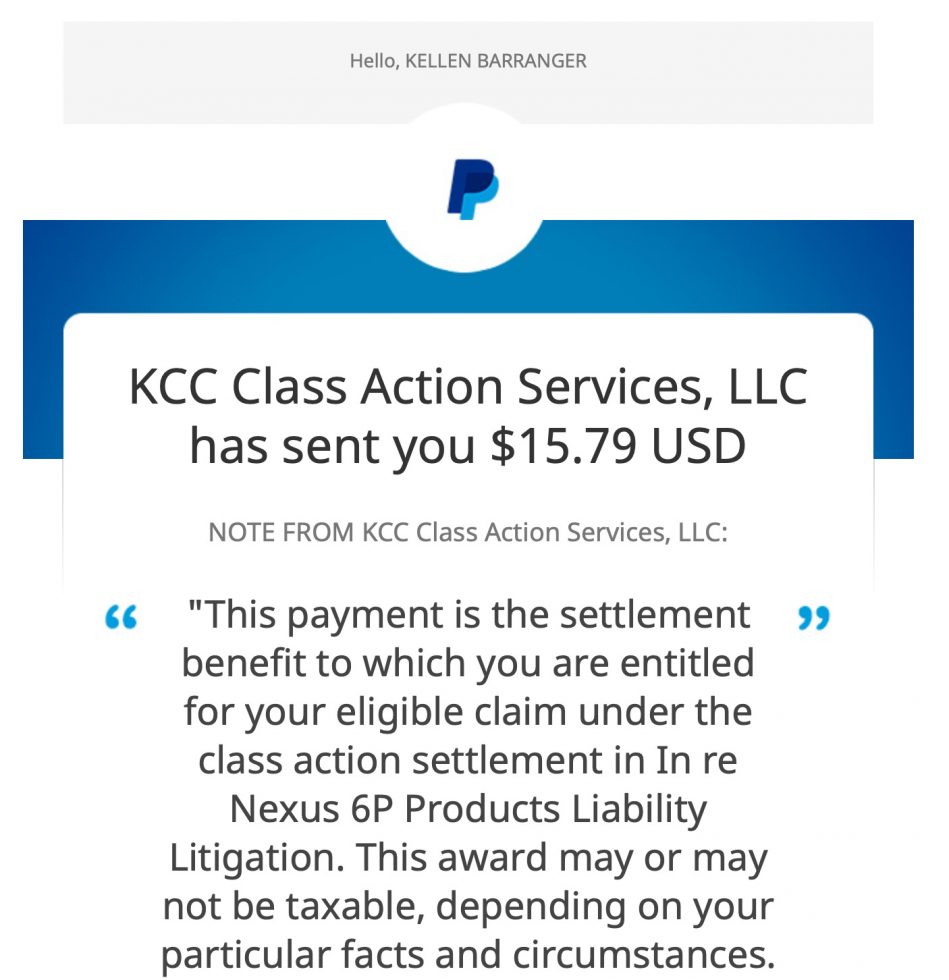 Google and Huawei agreed to the settlement in April of last year and Nexus 6P owners were given the opportunity to file a claim in June. If you missed that opportunity, I’m deeply sorry.

For more on this story, feel free to check out the Nexus 6P Settlement page.