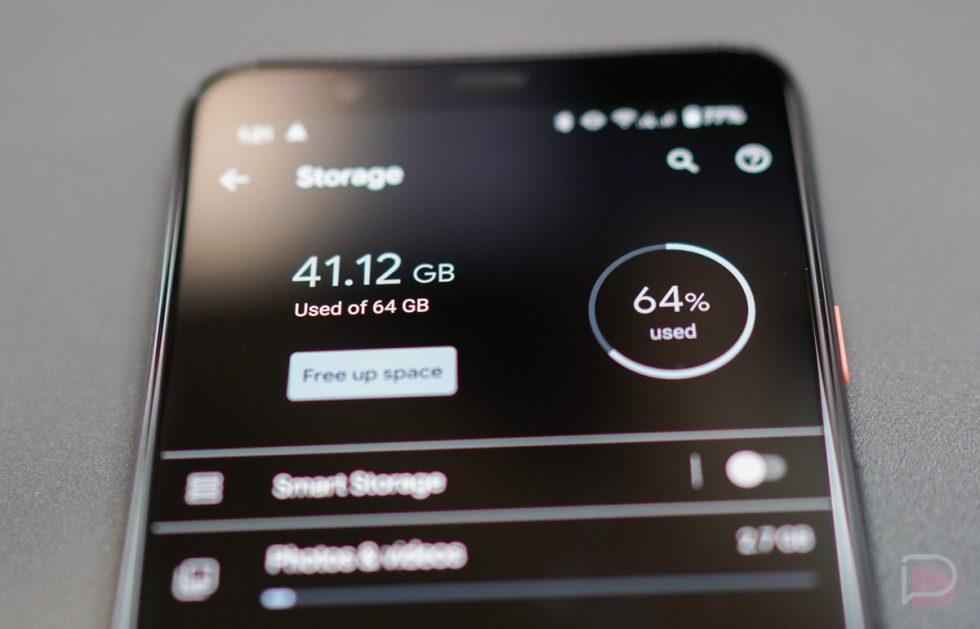 I’m still using a Pixel 4 XL at the moment and don’t really have any plans to change to another phone any time soon, let’s just get that out of the way. But man, every time a new phone is announced, I can’t help but wonder what in the hell Google was thinking by going with 64GB of storage.

It is bad enough that we watched Samsung put a base storage level of 128GB (S10) or 256GB (Note 10) on all of its major phones this year, including their cheapest, the Galaxy S10e, that OnePlus went H.A.M. with storage as well, and that LG even started its phones with 128GB. It’s worse now that we’ve seen Motorola introduce three Motorola One phones in recent months at prices from $450 down to $350, all of which have double the storage of Google’s base model Pixel 4.

For example, the Motorola One Hyper was just announced and it features not only 128GB of storage, but a microSD slot for further expansion. This is a $400 phone, which is more than likely a phone folks won’t hang onto for 2 years as it’s mid-range and was sort of built to be replaced. Google’s Pixel 4 isn’t that! The Pixel 4 starts at $800 and the larger 4 XL version starts at $900. These are flagship-level phones that are twice the price of Motorola’s, yet they are going to struggle to get most of us through a second year of usage.

Look at that image at the top of this post. I’m on a 64GB Pixel 4 XL in Clearly White and after a little over a month of use, I have gobbled up 64% of the phone’s internal storage. I’m the guy who switches phones every couple of months and even I’m worried about storage going forward. I’m already envisioning a situation where I’ll switch to a Galaxy S11 for a bit, get sick of the software or curved everything, and come back to this phone. When I do, seeing my storage continue to fill up to what I can only imagine will be 70% or so in 6 months might actually make me mad.

“But, Kellen, just buy a different phone and move on, bro.” No! I like the Pixel 4 XL. I trust the camera more than any other phone camera. I like the 90Hz display. I like the look of the phone and the feel of it in hand because there aren’t a bunch of annoying curved things. I like that it doesn’t feel like a hunk of metal and glass. I love the software. Pixel phones happen to be some of my favorites, but if Google is going to keep falling this far behind even the mid-range phones of the world, those feelings might change soon and I don’t know where else to go.