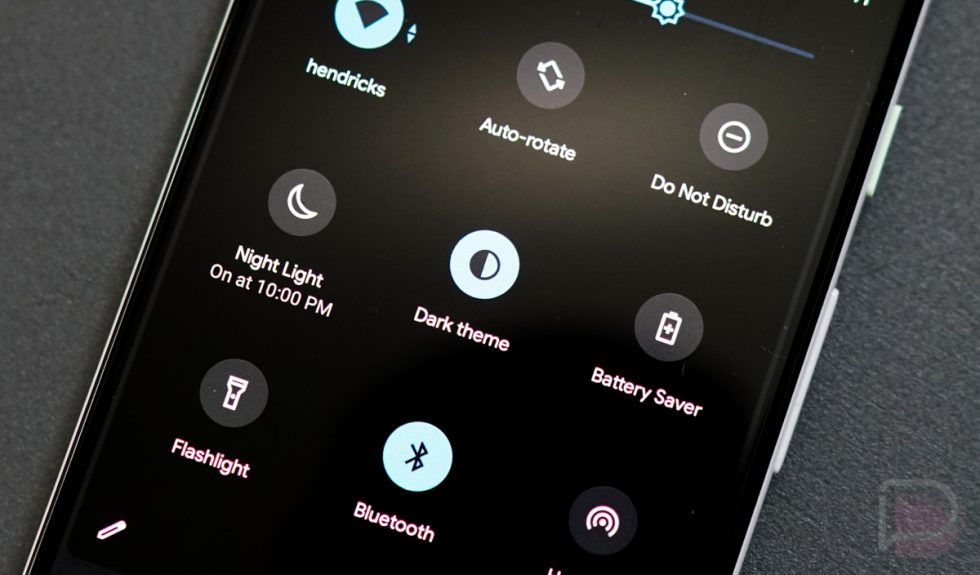 Android 10 is not necessarily the most feature-rich version of Android to date, but it finally brings home an option that Android users have begged for at an obnoxiously steady pace in recent years. Android 10 includes a system-level dark theme or dark mode, something that other Android phone makers built into their own themes because Google was slow at doing it for them. The thing is, Google isn’t quite there with its implementation and I have three suggestions that would make it a much better overall experience.

This seems like the most obvious of missing items that I can’t believe Google didn’t include, but yeah, we should be able to schedule dark theme to turn on and off. I know that manually turning it off or on is pretty simple and can be done through a quick settings shortcut. I get that. But Google already lets us schedule Night Light, which is a related feature. I can schedule do not disturb settings too. Why not dark theme?

My guess is that Google will build in a dark theme scheduler, only they’ve got some work to do. Right now, dark theme is a basic toggle within display settings, so they would have to build out the scheduling portion like they have done with Night Light. But again, they’ve already done this with other features – it shouldn’t be that hard to do.

Why is it so important to be able to schedule dark theme? The same reason you schedule Night Light or DND or Battery Saver – convenience. When it gets dark out or I’m pre-crawling out of bed in the morning, I’d love to never have to hit a switch before being blinded.

Oh, and I’m fully aware that there is an app that can help you schedule dark theme, it’s just that I want it built into the system. I don’t want to install a 3rd party app, run an adb command, setup some Tasker shit, or flash some rooty bootloadbox Magisk module. Just built it in, Google. 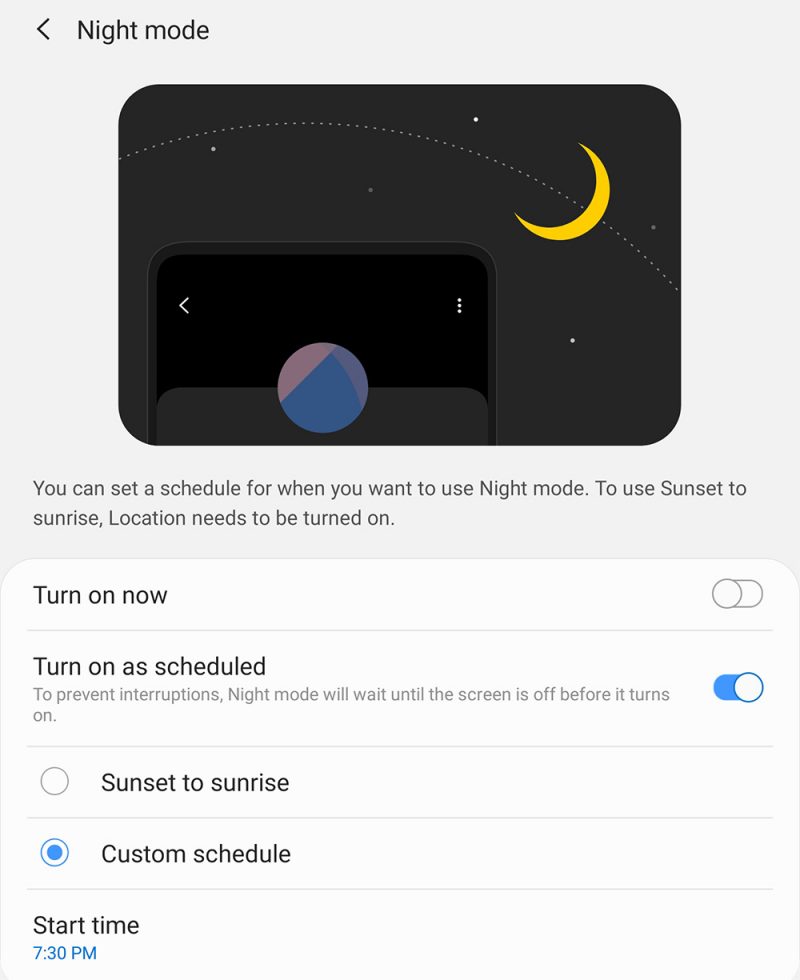 2. I need per app options

Google has begun updating the majority of its Android apps to include a dark theme. The rollout has been painfully slow, but we’re getting to the point where most of the apps you use from Google will have both light and dark themes. My problem here is the fact that Google, in most cases, is forcing the apps to be dark or light depending on what you have set your phone’s overall system theme to. That’s not great. I should get to choose how this works.

For example, in Google News, if you have Android 10 on your phone, the dark theme option in settings tells you that you can only flip News to dark by switching the entire phone’s theme over to dark. But what if it’s 1PM and I want my phone as a light theme yet happen to like reading Google News articles with a black background? I can’t do it!

However, in Google Calendar, I have an option to force light or dark themes or allow it to follow the system theme. Gmail will apparently be the same, I just haven’t received that blessing yet from Google.

I know that Google has different teams working on all of this stuff, but the standard should be what I just described from Calendar and Gmail. You should be able to choose which theme you want on a per-app basis because some apps I prefer lighter while others I do like the dark side.

3. Can we get some consistency?

On a related note to per-app options, Google has got to find some consistency in where they are putting dark theme settings or how they present them.

For example, in Gmail and Calendar, you’ll swipe out each app’s side menu, scroll to the bottom, open settings, then the “General” tab and look for theme stuff. In Google News, though, you tap on your Google account icon in the top right, then settings, and then look for theme options. Of course, as I just mentioned above, News sends you to the system to switch themes rather than by controlling how that app displays a theme.

If you go into Google Photos, well, there isn’t a theme option at all on Android 10 from what I can tell. Instead, it really only cares about the system-level toggle. YouTube, on the other hand, doesn’t care at all about what your system is doing and requires you to force the dark theme on within settings. Google Keep has dark theme now too, but like News and Photos, it appears to only care about your system toggle when on Android 10 and has no option at all within the app to choose a theme.

There has to be a way to figure this out or at least put a dark theme switch or chooser in a place that is easier to find. Because if Google is going to let us control each app’s theme, hunting for that option shouldn’t be such a maze.