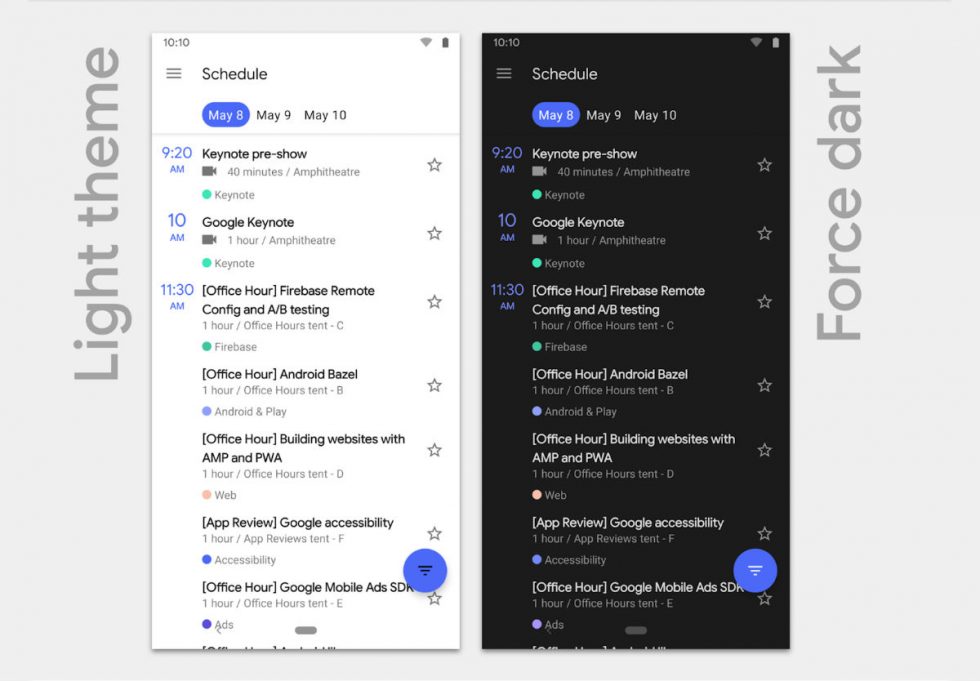 Google is sharing what’s new in Android Q, and beyond the things we already knew, the list is quite hefty.

Maybe most importantly, from a very shallow and silly perspective, is the addition of a dedicated Dark Theme. Seriously, it’s coming!

Here’s the full list of what Google is specifically highlighting at I/O 2019.

Starting today in Android Q Beta 3, users can activate a new system-wide dark theme by going to Settings > Display, using the new Quick Settings tile, or turning on Battery Saver. This changes the system UI to dark, and enables the dark theme of apps that support it.

Naturally, Google goes over the benefits of a Dark Theme, which we’ve known for some time. Why it’s taken this long to add one is beyond us, but I suppose it’s better late than never.

If you’re a developer, you’ll want to look at the development details here.

Google is improving the on-device machine learning of Android Q, enabling it to suggest actions based on incoming notifications.

On-device machine learning also powers Smart Reply, which is now built into the notification system in Android, allowing any messaging app to suggest replies in notifications. Smart Reply will now also intelligently predict your next action—for example, if someone sends you an address, you can just tap to open that address in Maps.

Starting in Beta 3, Google is enabling system-provided smart replies and actions that are inserted directly into notifications by default.

Coupled with that improved on-device machine learning is Live Caption, a new feature targeted at deaf and hard of hearing users.

With a single tap, Live Caption will automatically caption media that’s playing audio on your phone. The feature works with videos, podcasts and audio messages, across any app — even stuff you record yourself. As soon as speech is detected, captions will appear, without ever needing Wifi or cell phone data, and without any audio or captions leaving your phone.

You can see Live Caption in action by watching the video below.

As expected, Android Q will also be featuring an updated gesture-based navigation experience.

To use it, users can switch to gestures in Settings > System > Gestures. There are currently two gestures: Swiping up from the bottom of the screen takes the user to the Home screen, holding brings up Recents. Swiping from the screen’s left or right edge triggers the Back action.

This is another feature we’ve been waiting on, so Android Q continues to deliver the goods.

Google focused a lot on security and privacy during this year’s I/O keynote. Android Q is a big part of that effort.

We’re doing even more in Android Q, with almost 50 new features and changes focused on security and privacy. For example, we created a dedicated Privacy section under Settings, where you’ll find important controls in one place. Under Settings, you’ll also find a new Location section that gives you more transparency and granular control over the location data you share with apps. You can now choose to share location data with apps only while they’re in use. Plus, you’ll receive reminders when an app has your location in the background, so you can decide whether or not to continue sharing. Android Q also provides protections for other sensitive device information, like serial numbers.

Additionally, Google introduced Project Mainline for Android Q, which will help quickly push out important security updates to devices in the background, just like an app update.

To go along with last year’s intro of Digital Wellbeing, Google announced Focus Mode for Android Q and Android Pie. When enabled, it allows you to silence apps that may be distracting to you during times you need to focus.

With Focus Mode, you can pick the apps that you think might distract you and silence them – for example, pausing email and the News while leaving maps and text message apps active. You can then use Quick Tiles to turn on Focus Mode any time you want to focus. 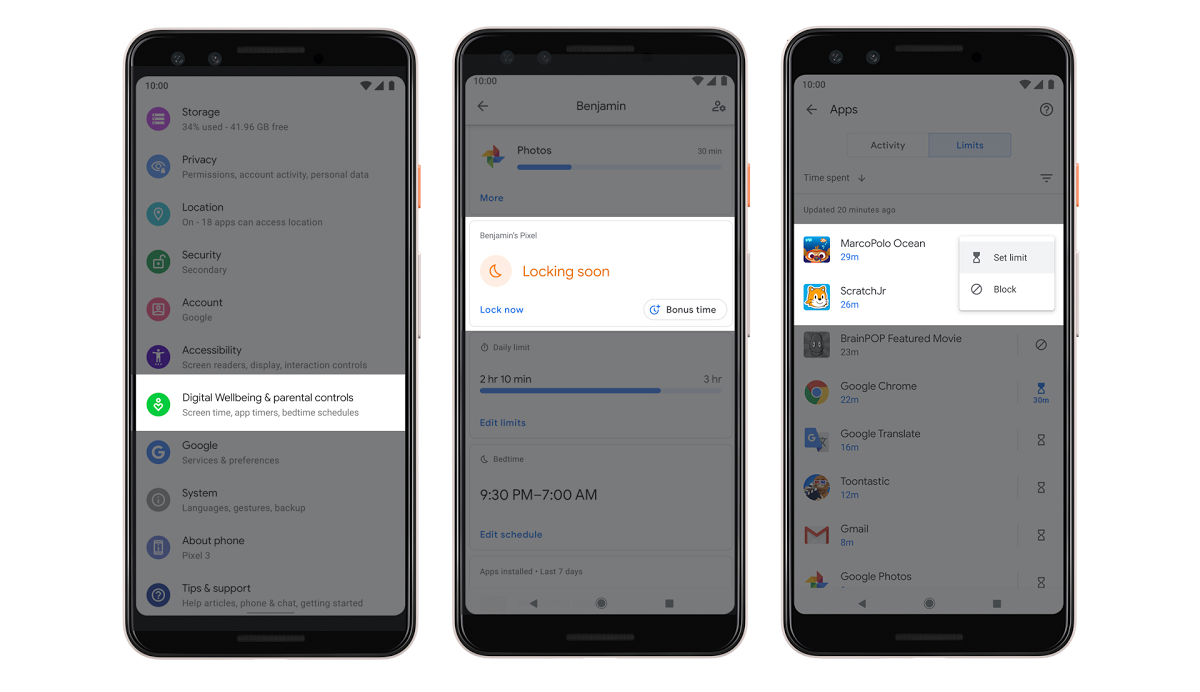 Android Q is also ready for the next wireless innovations, such as 5G and folding displays. For 5G, Google mentions Android Q is making it easy for developers to ready their apps for 5G.

5G isn’t the only innovation happening right now, though.

Folding screens! With Android Q, screen continuity, the idea of having an app being expanded onto a larger display when a certain device is unfolded is completely native. Same goes for certain multi-tasking effects, all of which should be easily managed by developers who wish to create an app that supports it.

If any and all of this is sounding pretty exciting, you can get started with the Android Q Beta 3 right now on select devices. Get it here!