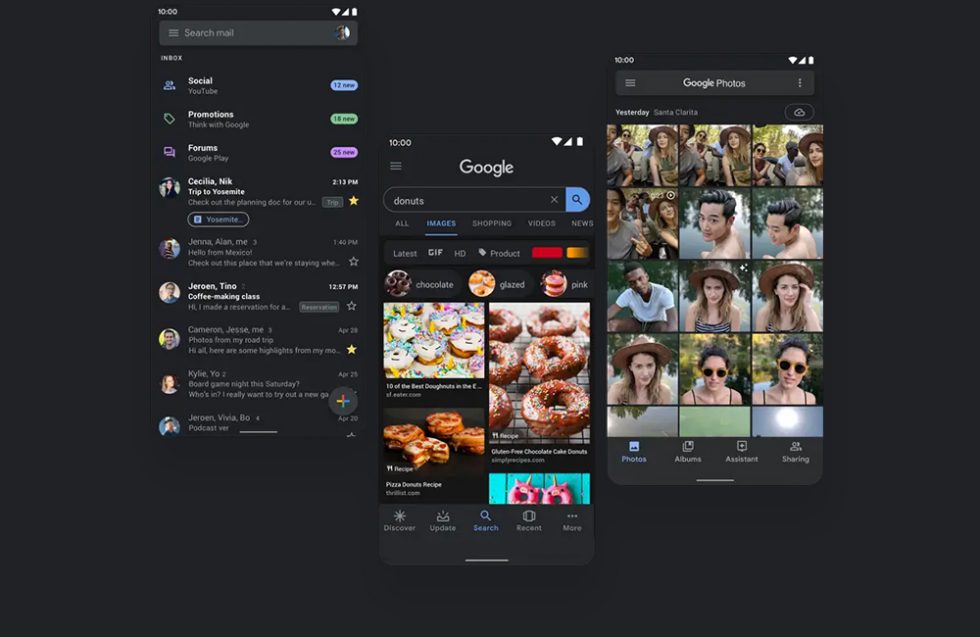 Alongside the Android 10 announcement earlier this month, Google told us that Gmail would soon be able to play with the Android version’s new dark mode, but not until later in the month. As we approach the end of September, we’re officially at “later in the month,” and Gmail’s dark theme is set to start rolling out today.

How do you turn on dark theme for Gmail? You have a few options.

Of course, you have to have dark theme in you Gmail app for any of that to work and Google could be slowly rolling it out as it always does with big new features. So you may want to keep checking for option 3 before wondering why your phone’s dark theme isn’t also flipping Gmail over to the dark side.