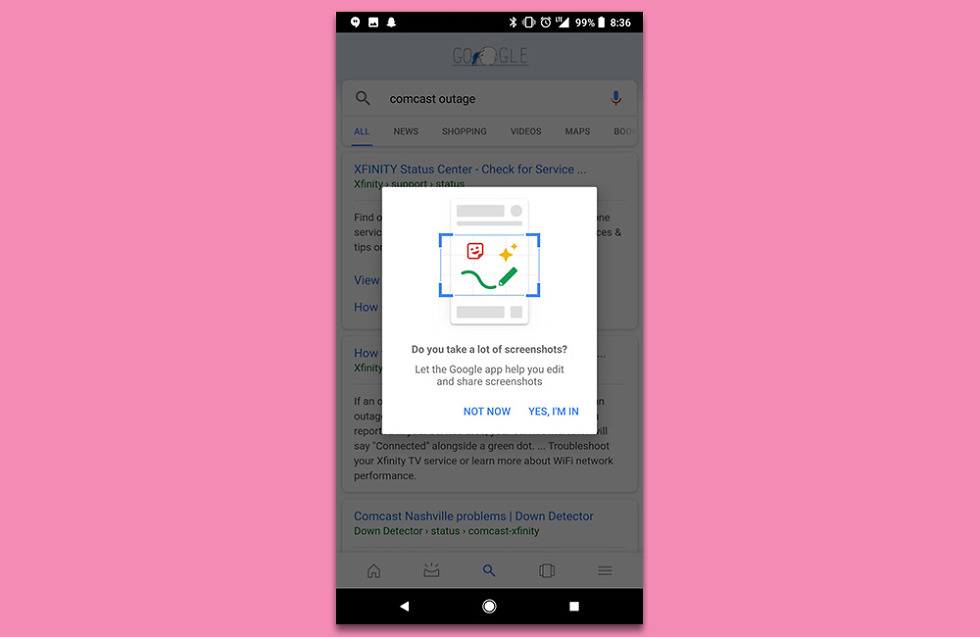 A couple of weeks ago, I asked Google to build screenshot scrolling into Android, since almost every other phone maker on the planet has done so except them. Over the weekend, they actually began rolling out a screenshot-related update, it’s just that it’s only available in the Google App and it isn’t scrolling capture. It is pretty cool, though.

Some users (as you can see above) are being prompted to turn the feature on when in the Google App. As the teaser suggests, the new screenshot feature is a set of tools that help you edit and share all of the screenshots you take. How is that different from what we already have, you ask? I’ll tell you.

When you turn this feature on (Google App>Settings>Accounts & privacy>Edit and share screenshots), which was first spotted by 9to5Google, shortly after you take a screenshot, you’ll get a prompt at the bottom of your screen with options to “Edit” or “Share.” Instead of the screenshot and its options hiding in a notification, you get prompted on-screen. 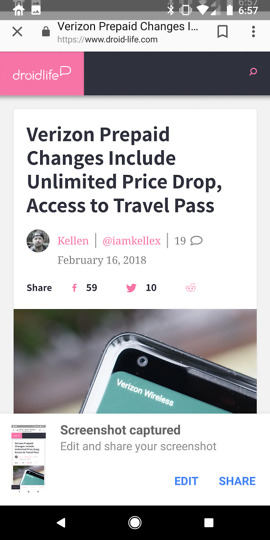 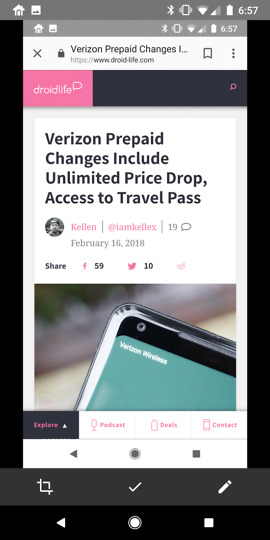 If you tap on “Edit,” you’ll get three new buttons: crop, done, and draw.” The crop button lets you quickly crop the size of your screenshot, the done button lets you finish and share, and the draw button lets you…draw (in different colors). So no scrolling capture, but you do get quick resizing and drawing without needing to open anything else, like Google Photos.

And again, this only works within the Google App, so if you are in Chrome, you won’t see these tools. But if you do searches from within the Google App, then load up Chrome pages from there, it’ll work (as you can see above). Maybe there could be plans to implement this in Chrome or other apps or Google Assistant, now that’d be nice.