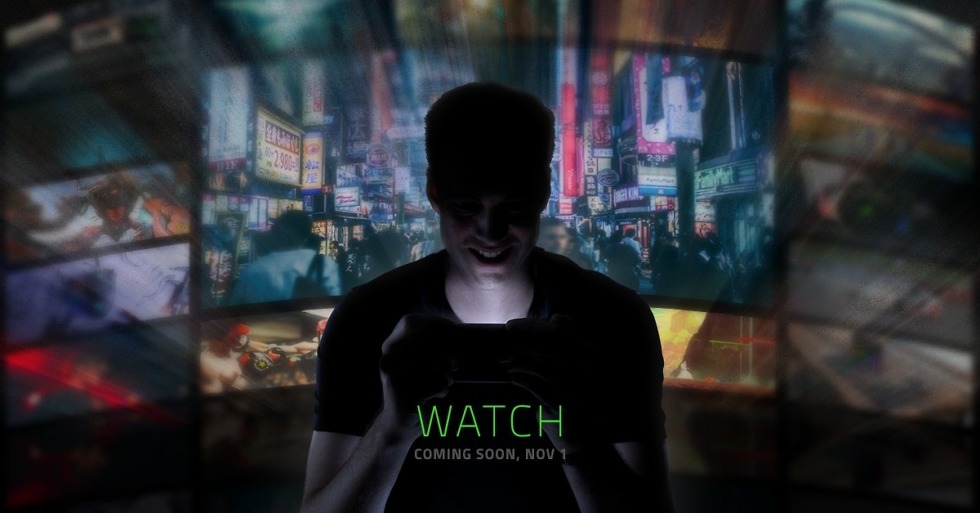 Razer has officially begun teasing something big, its “biggest unveiling,” to be exact. Posted to Twitter moments ago, the gaming-focused company states we’ll watch, listen, and play, alongside an image of a person watching something on a handheld device. Is it a tablet? A phone? Well, if previous reports were spot on, we’re talking about a phone that is made specifically for “hardcore gamers.”

If you’ll recall from January of this year, Nextbit, makers of the Robin smartphone that was all about cloud storage, joined Razer as an independent mobile division. From that and subsequent reports, all fingers point to a smartphone coming from Razer. Now, the company just gave us a date that should officially put the rumors to bed, November 1.

We aren’t exactly sure how a smartphone is made for hardcore gamers, but it’s Razer, so we’re assuming rainbow colored LEDs with strobe effects and hardware that can withstand hours of Gamma Lab sweat being poured all over it. But seriously, I’m pumped for this.

November 1, hurry up and get here.