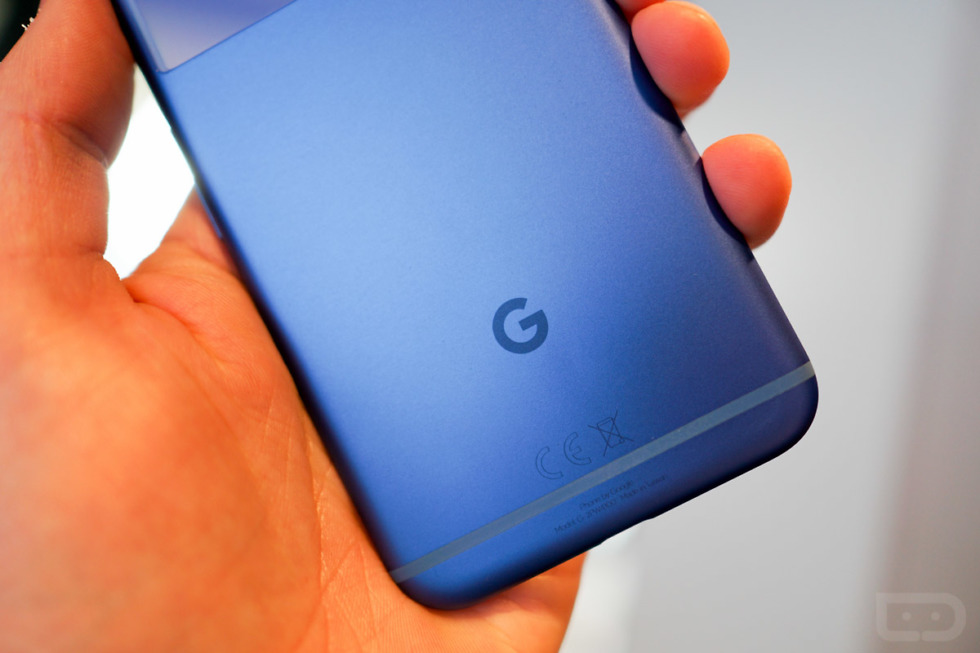 Too soon? Maybe. But I don’t know how else to put it to the Nexus lifers who are screaming frustrations in the comments about Google’s new high-priced Pixel phones, phones that have signaled the end of Google’s beloved, nerd-focused hardware line. I know it’s going to be hard to just “get over it,” but think about the positives here with Pixel.

This certainly looks like Google being really serious about phones for the first time and that could very well mean an even better experience for you and I. According to a report out of Bloomberg, Google has walled off the newish hardware division led by former Motorola boss, Rick Osterloh, from the Android team, much in the way they did when they owned Motorola. I don’t know about you guys, but a similar “firewall” produced the original Moto X, a phone that is still one of my favorites of all time largely in part because it introduced software features that have helped shape all of our current phones. It’s almost as if these supposed separations help enable brilliant minds to outdo or surprise those on the other side.

Keep in mind that these Pixel phones finally represent a top-to-bottom vision of an Android phone from Google as well. While HTC may have pieced together these phones on the manufacturing side of things, these are 100% Google designs. That means each and every component is based on what Google, the controller of Android, thought would work the best with their own operating system. That should mean that it has been fine-tuned like no other Android phone to not only take advantage of the latest in Android, but to display that to you and I as well.

That’s not all that different from Nexus phones, I get that. But in a way, it’s taking the Nexus approach that you all love so much and then cranking it up another notch by leaving out additional players. This is Google saying, “We’re gonna do this our way 100% and we hope you like it.”

Sure, the prices are not what you are used to seeing. In fact, many of you are outright angry over the top tier pricing of the Pixel phones that compares to what Samsung and Apple price their phones at. I don’t necessarily have a way to fight those arguments, especially after years of reasonably priced Nexus phones. My only thought is that at least Google is offering their own financing now to help soften the blow. But look, Google thinks these are phones that compare to the best in the business and should be priced as such. And if these phones are as good as Google thinks, they may be worth it. After all, Samsung and Apple kill everyone in the business in sales volume and none of their phones are $400. All of their flagship phones, the phones they sell the most of, are $650 and above. The Galaxy Note 7 started at $850 and sold millions out of the gate. Clearly, people are willing to shell out for the goods.

And in the end, what’s the better choice? If you are a Google enthusiast who loved Nexus devices, the Pixel phones are the phones built for you. They are more of Google’s vision for Android than ever before. Isn’t that mostly what you loved about Nexus? Or was it really just the damn price? Google designed every ounce of these and is even giving them exclusive features that no other phone currently has access to. They’ll get swift updates, they work on every single carrier, and they’ll get whatever new goodness Google comes up with first. Generally speaking, these are Nexus phones, just under a new name and fully realized by Google. That sure sounds like the phone we have all dreamed of.

Are they perfect? Well, no. We would love to have seen water resistance, less bezel, and stereo speakers. And you know what? We’ll likely ding the Pixels in those areas come review time. But I still don’t see, even with those flaws, how Nexus lovers aren’t excited for what Google just unveiled.

Try to move beyond the price, just like Tim told you when the Galaxy Note 7 was introduced. Trade in your old phone. Sell it somewhere. Sign-up for financing. You have options to make the higher-than-expected cost come down. And when you do that, enjoy Google’s new phone that could very well be a better version of Nexus.