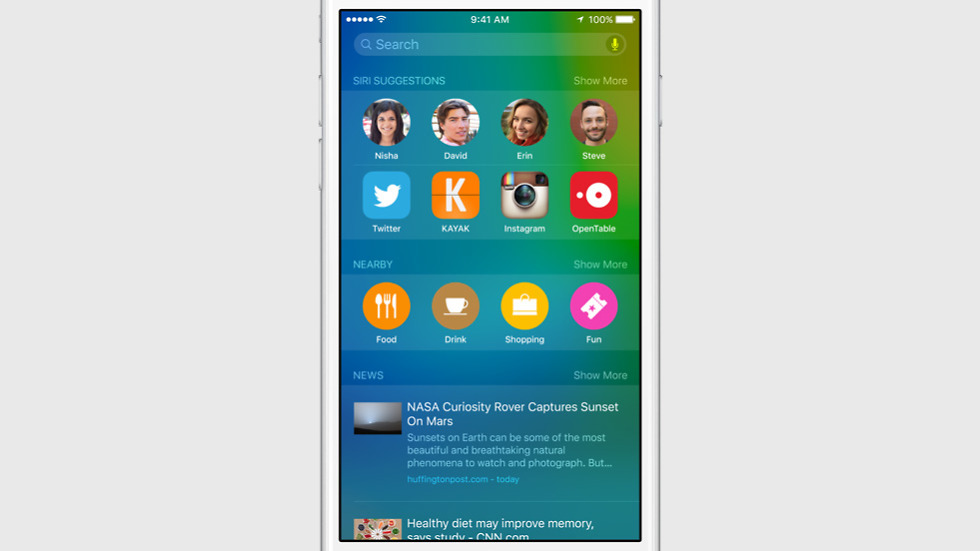 AI, or artificial intelligence, is an old idea, but it’s still probably the most important technological leap that we’ve yet to make. We’ve been inching closer with things like Google Now, Siri, and Cortana, but we are still so far away. As we inch closer, though, there’s an implementation battle happening. The question we have been asking for the past few years is whether Google will get better at design faster than Apple will get better at web services. I think the new question we need to wrestle with is, can Apple make better apps and services without violating our privacy faster than Google can do so by hoarding all of our information and possibly violating our privacy?

Apple introduced us to the idea that we could have a personal, intelligent assistant with us on our phones with Siri in 2011, but Google took things a step further in 2012 with Google Now. With Siri, we could ask our phones for information and to do things for us, but Google made it so that our phones (or more accurately Google’s servers) would do things without us even asking for them. When Now works properly it is brilliant, but when Google pretends to not know something about you it can be incredibly frustrating.

When I was reviewing the Galaxy S6, I told Google Now to call my wife. It asked me who my wife is. Google doesn’t know a lot of things about me, but Google absolutely knows who my wife is. There’s a plethora of information indicating who my wife is on Google’s servers, but with this request Google pretended it didn’t know. To make matters worse, Google asked me if I wanted it to remember that she was my wife; I said yes, but the next time I asked Google to call my wife it asked who she was again. Granted, that may be a bug, but it’s built on a foundation where Google is still pretending to not know much about us.

I get it. Google doesn’t want to seem any more creepy than it has to to stay competitive. Most people don’t realize just how much information companies like Google and Facebook have about us. When Google first unveiled Now there was a bit of shock. How can they know about this kind of stuff? They know where I work and when I should leave? Is this not violating my privacy? Then most users settled in and let Google take control, because for most people convenience is more important than privacy.

For a long time I have been assuming that Apple’s future may be in trouble, not because they will stop making amazing products, but because of their stance on privacy. Then WWDC 2015 happened. Apple announced a bunch of Siri integration that does a lot of predictive work to guess what information you might need or want and all of it is done without storing your data in the cloud. It’s nothing short of astonishing, not because of the features, but because they are doing this without a gigantic database of information about you.

Throughout the WWDC keynote, Apple announced several new features and ended with the refrain, “You’re in control.” It’s another obvious shot at Google, but I think it’s an important one. While Google has made it much easier to control what personal data of mine they retain to use their services, I honestly had never considered if Google could make just as powerful of services without my information. I was assuming it was impossible until now. I still think it’s incredibly difficult, but maybe we can keep control of our data and still have incredibly helpful AI, too.

I think Google Photos is Google’s first way of showing how they can use their search technologies to actually make a superior product without tying it into the rest of Google. Photos shows incredible reserve on Google’s part because they recognize that privacy is a huge obstacle they face with maintaining trust with their users. I don’t think Google is going to do that with products like Now, though. The opportunity to leverage our information to make better educated guesses about what we need is too great.

Apple has always been more privacy focused than Google (and even privacy focused as a means to communicate a competitive advantage against the search giants), which is good for consumers, but ultimately bad for them if Google gets there first and is able to convince the vast majority of users that trading their information for features is a fair exchange. Part of me thinks that it is absolutely fair, but the other part of me wants to see Apple meet Google’s challenge and create something that is just as capable of helping me without me having to trust someone to keep my information safe on their servers. We need that kind of assistant so that we can live more present lives that allow us to use technology when it’s appropriate and let it work for us in the background otherwise.

The question is, can we get there with our privacy still in tact?