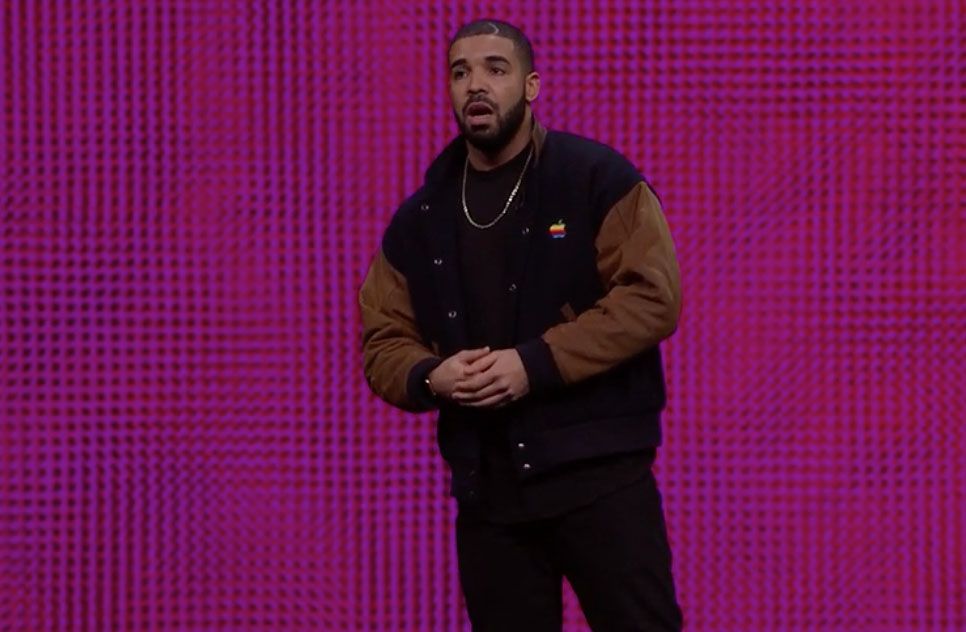 Apple’s WWDC kicked off today (our live blog has been touching) and outside of the typical Android jabs that accompany their keynotes, they also announced something that Android users can actually use. Apple Music, the company’s new music service, is coming to Android. Seriously, it’ll be here this Fall.

The service launches globally on June 30, but again, not on Android. The initial rollout will be on iPhone, iPad, iPod Touch, Mac, and PC, with Apple TV and Android getting access later on.

As for pricing, you are looking at $9.99 per month, or you can do a family plan that gives you service for up to six family members for just $14.99 per month. Apple will offer a free 3-month trial when the service first launches.

So why should you even consider signing up for it? Well, Apple does have access to a big music library. The Music service also has a radio feature, something called Connect (artists can share photos, backstage happenings, lyrics, or whatever they want directly with fans!), and can curate music for you. That’s it. Tough to tell if it’ll be any better than Spotify or Google Play Music until we get to spend some time with it.

Be sure to vote in our poll and tell us if you plan to switch to Apple Music. 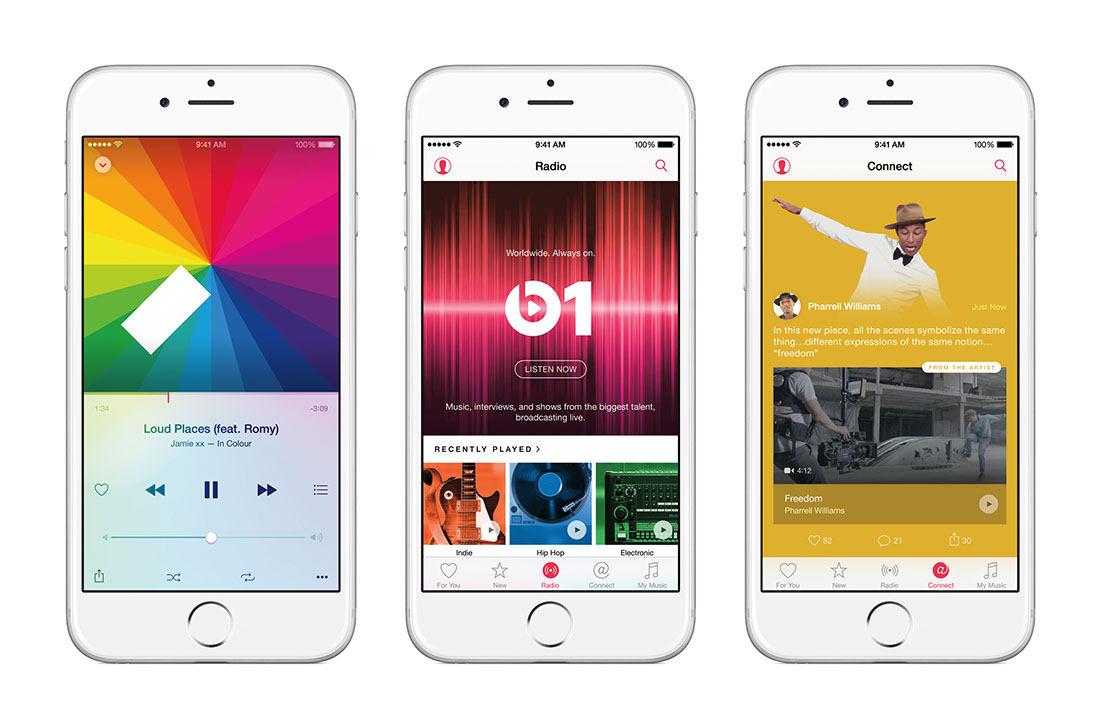 Introducing Apple Music — All The Ways You Love Music. All in One Place.

SAN FRANCISCO–(BUSINESS WIRE)–Apple® today unveiled Apple Music™, a single, intuitive app that combines the best ways to enjoy music — all in one place. Apple Music is a revolutionary streaming music service, a pioneering worldwide live radio station from Apple broadcasting 24 hours a day and a great new way for music fans to connect with their favorite artists. Apple Music combines the largest and most diverse collection of music on the planet with the expertise of world-class music experts who have programmed playlists for your iPhone®, iPad®, iPod touch®, Mac®, PC, Apple TV® and Android phones.* Apple Music will be available starting on June 30 in over 100 countries.

“We love music, and the new Apple Music service puts an incredible experience at every fan’s fingertips,” said Eddy Cue, Apple’s senior vice president of Internet Software and Services. “All the ways people love enjoying music come together in one app — a revolutionary streaming service, live worldwide radio and an exciting way for fans to connect with artists.”

“Apple Music is really going to move the needle for fans and artists,” said Jimmy Iovine. “Online music has become a complicated mess of apps, services and websites. Apple Music brings the best features together for an experience every music lover will appreciate.”

Apple Music is a revolutionary streaming service and app that puts the entire Apple Music catalog at your fingertips across your favorite devices. Starting with the music you already know — whether from the iTunes Store® or ripped CDs — your music now lives in one place alongside the Apple Music catalog with over 30 million songs. You can stream any song, album or playlist you choose — or better yet, let Apple Music do the work for you.

Curation is the soul of every playlist created on Apple Music. Apple has hired the most talented music experts from around the world, dedicated to creating the perfect playlists based on your preferences, and they become better curators the more you listen. The “For You” section of Apple Music provides a fresh mix of albums, new releases and playlists, which have been personalized just for you.

In addition to human curation, Siri® is also dedicated to helping you enjoy great music and have fun with Apple Music. Ask Siri to, “Play me the best songs from 1994,” “Play the best FKA twigs song,” or “What was the number one song in February 2011?”

Beats 1℠, Apple’s first ever live radio station dedicated entirely to music and music culture, will broadcast live to over 100 countries. Beats 1 is a 24-hour listening experience led by influential DJs Zane Lowe in Los Angeles, Ebro Darden in New York and Julie Adenuga in London. Listeners around the globe will hear the same great programming at the same time. Exciting programs on Beats 1 will offer exclusive interviews, guest hosts and the best of what’s going on in the world of music.

Apple has also redesigned radio with human curation taking the lead. Apple Music Radio gives you stations created by some of the world’s finest radio DJs. The new stations range in genres from indie rock to classical and folk to funk, with each one expertly curated. With membership, you can skip as many songs as you like, so you can change the tune without changing the dial.

Artists and fans now have an incredible way to connect with one another directly in Apple Music with Connect. Through Connect, artists can share lyrics, backstage photos, videos or even release their latest song directly to fans directly from their iPhone. Fans can comment on or like anything an artist has posted, and share it via Messages, Facebook, Twitter and email. And when you comment, the artist can respond directly to you.

Starting on June 30, music fans around the world are invited to a 3-month free membership, after which a $9.99/month subscription fee will apply. There will also be a family plan providing service for up to six family members available for just $14.99/month.

Requires initial sign up. At the end of the trial period, the membership will automatically renew and payment method will be charged on a monthly basis until auto-renewal is turned off in account settings. Family plan requires iCloud® Family Sharing. Seewww.apple.com/icloud/family-sharing for more information.

*Apple Music is available on your iPhone, iPad, iPod touch, Mac and PC starting June 30. Apple Music will be coming to Apple TV and Android phones this fall.

Apple revolutionized personal technology with the introduction of the Macintosh in 1984. Today, Apple leads the world in innovation with iPhone, iPad, the Mac and Apple Watch. Apple’s three software platforms — iOS, OS X and watchOS — provide seamless experiences across all Apple devices and empower people with breakthrough services including the App Store, Apple Music, Apple Pay and iCloud. Apple’s 100,000 employees are dedicated to making the best products on earth, and to leaving the world better than we found it.