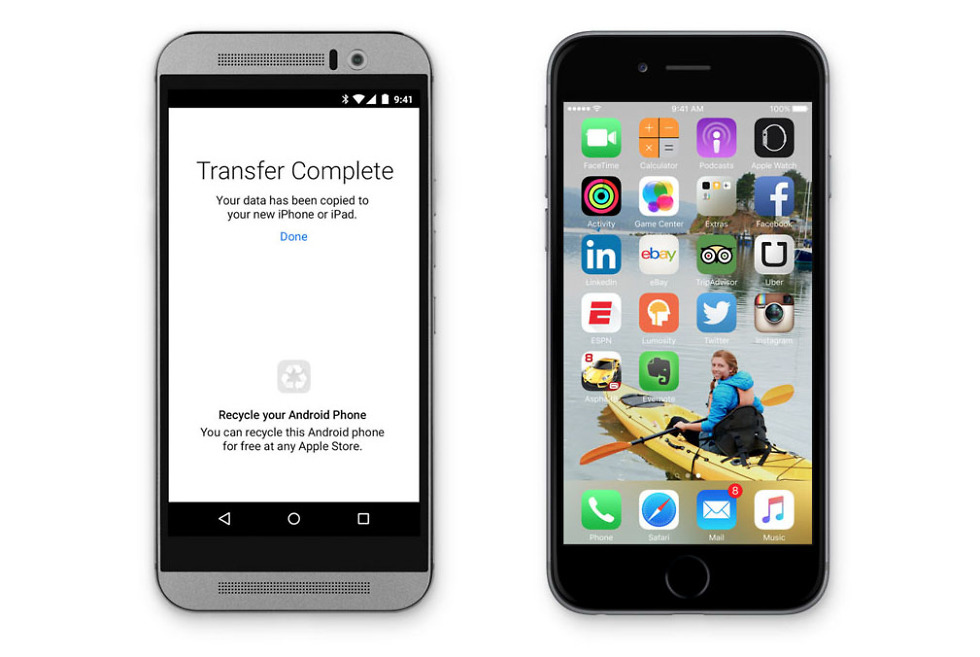 Apple Music doesn’t appear to be the only Android app that Apple is currently working on. According to the iOS 9 features list just posted to Apple’s site, Apple is working on an app that will help Android users easily migrate over to iOS, assuming they would want to make the switch.

The app will “wirelessly switch” users from an Android device to a new iOS device, securely, of course. The app brings over “contacts, message history, camera photos and videos, web bookmarks, mail accounts, calendars, wallpaper, and DRM-free songs and books.” Apple says that it will even help you rebuild your app library by suggesting apps for download from the App Store.

Once the transfer has been completed, Apple will then recommend that you recycle your Android phone for free at the Apple Store. (You should be shaking your head at that idea, just as I am.)

We could find the app on Google Play or Apple’s App Store, so it could be that it will be available closer to this Fall’s iOS 9 launch. Still, that’s two Android apps in one day for Apple!