Smartwatches are back in the news again thanks to Apple’s latest event, and it has me thinking about a topic that I am tired of thinking about. It’s not necessarily that I don’t want a smartwatch or that I can’t see their prospective usefulness, but rather, much of the press seems to be going through the motions of gazing out at the distant future and hoping it appears on the latest wearable.

Almost everyone seems to agree that Apple failed to provide a story for the product, or the ideal reason why we should want an Apple Watch, which has led to some people remaining skeptical until they try it and others waxing on about how it, unlike Android Wear, is going to change everything. It’s that second group that I’m growing weary of. I keep hearing stories about how the Apple Watch is going to save so much time, and how it will enable us to be more personable since we won’t be looking at our phones anymore, and how it will remove friction from our lives when we use our watch for everything.

Are smartwatches really the thing that will make us better conversationalists, use our phone less, and get more work done? Let’s take a look at some of the promises we have been hearing about smartwatches and examine just how viable they are.

My Smartwatch Saved My Conversations

Here’s the scenario: You are getting breakfast with an old friend when your daughter shoots you a text reminding you to pick her up from school at 1 instead of 3. If you look at your wrist, that signals that you are short on time at best or bored at worst. Even in a world where glancing at your wrist doesn’t mean you have somewhere more important to be (I think the gesture of glancing at your wrist will continue to mean that for at least one more generation), it at least indicates that you found the conversation to be at enough of a lull that you could be distracted.

In what way is looking at your wrist less distracting to the conversation than pulling out your phone? Both of you are distracted, and worse yet, if you pause to interact, you are signaling even more that there is something more important going on than what is in front of you. It might be true that something more important is happening on your wrist, but it’s important to realize that looking at your watch instead of pulling out your phone is not a solution to the problem.

The watch does not know how to prioritize notifications based on importance; only humans do. The solution is not to have a watch that predicts how you might want to respond to texts quickly; the solution is to put the technology down or submit to the reality that everyone is now distractible at any moment. The watch can’t solve this problem; if anything it makes it easier to be distracted sooner than it used to when you had to pull your phone out of your pocket or purse. All a smartwatch can do is move that distraction from your phone to your wrist. 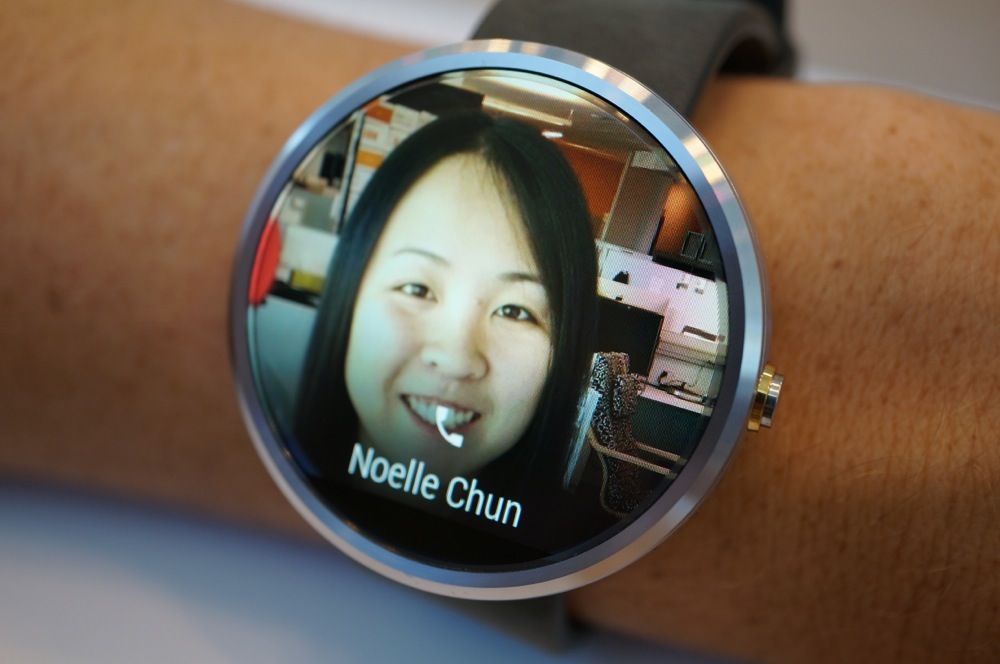 My Smartwatch Helps Me Use My Phone Less

There have been multiple reports of people who have been using the Apple Watch saying that they started using their phone less thanks to the Watch. There are instances where we can use smartwatches to quickly do something like skip that song we don’t want to listen to or quickly check in on Foursquare or dictate a reply to a message, but smartwatches cannot replace our phones just like smartphones did not replace computers.

I think gaming is a great example for this. There are plenty of games that simply work best on a smartphone with a touch display, but the most successful games for phones are usually arcade games that don’t have much depth. There are exceptions, of course, but for the most part, in-depth games are still the domain of computers and consoles.

While smartwatches might be able to become the default medium for the instances where we want to quickly do something, we are not going to be replying to long emails or playing complicated games or watching videos or reading long articles on our watches. All of that is still better suited on the phone where you have a larger display, a keyboard, better speakers, a better processor, more battery life, etc. I’ve been saying this for a long time: the smaller display means you need smaller interactions and you have smaller capabilities. Smartwatch makers should not be trying to replace your phone – they should be trying to use that tiny space on your wrist for the important and quick things.

The Smartwatch Isn’t Smart Enough Yet

Smartwatches just aren’t smart enough yet. This shouldn’t be surprising, because our phones are not all that smart yet either. We are getting closer every day to truly helpful personal assistants (mostly thanks to things like Google Now, which makes me think Android Wear has a better shot at giving us a truly smart watch), but we are still very far away.

What we really want is for our watch to only ping us when it’s really important. When you are getting breakfast with an old friend and your daughter texts you a reminder to pick her up, do you need to see that and reply right away? Maybe she just needs a read receipt to know that you got the message and your watch can set a reminder.

That kind of an assistant would be truly powerful and helpful, but it requires two things: predictive services that guess what you might want to see at certain times and lots of personal information. It’s that second one that makes me think Apple won’t ever be able to take their watch beyond a hub for notifications and apps unless they abandon their privacy goals. Even Android Wear is limited by Google Now, but if Google can continue to learn how to predict people’s behaviors, and users can learn to trust some of those actions, Android Wear might be able to get closer to that future sooner.

Share your thoughts on the possible future of smartwatches below, and please feel free to tell us what you love and hate about them in their current state.