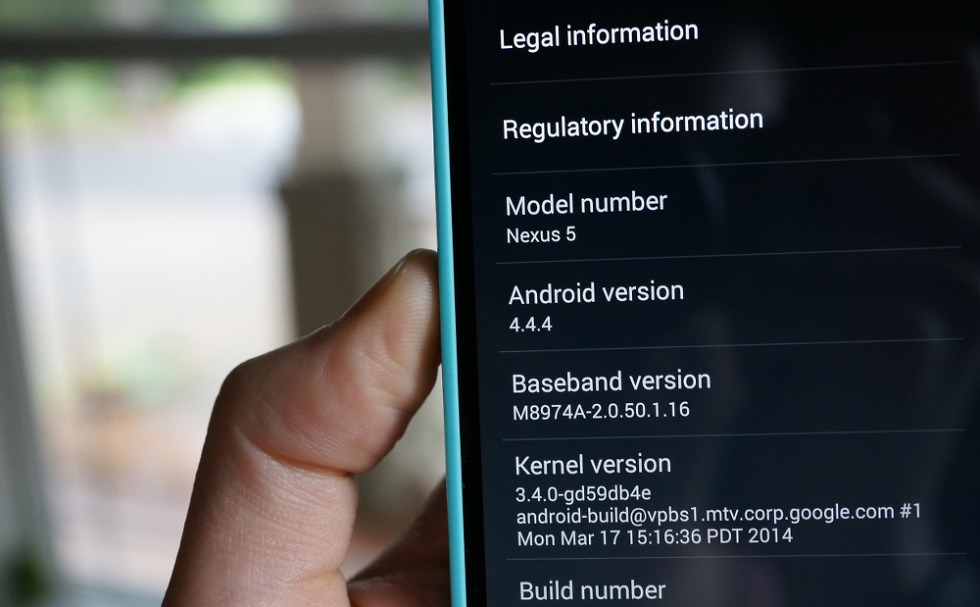 Google surprised us yesterday with an update to Android 4.4.4 for almost all current Nexus devices, including the Nexus 5, Nexus 7 (2013) WiFi, Nexus 4, Nexus 10, and both Nexus 7 (2012) models. The update is a security fix, so don’t expect it to change the game or the way you use your phone. We didn’t get a new dialer app, that’s for sure. But hey, updates are updates.

So as has become customary around these parts whenever a new update arrives for Nexus devices, we have created a 1-stop shop to get you updated. Since the over-the-air (OTA) process takes time to hit all devices, we go ahead and list all of the links as they come in, so that you can update as early as possible. All you have do is download the correct .zip for your specific Nexus device and then flash the file with a quick adb command to get officially updated.

Below, the list has already begun for Android 4.4.4 files.

Note: We will update this post as more update zip files are made available. Continue to check back.