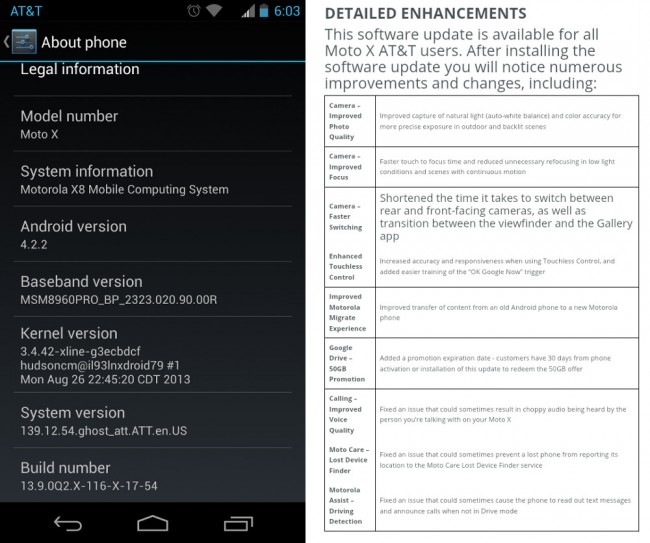 Last week, we caught wind of an incoming software soak test for AT&T’s variant of the Moto X that we assumed would be similar to the update already issued to both the T-Mobile and Sprint models. That soak test has begun rolling out and it does indeed appear to be the exact same update. The changelog shows a build number of 139.12.54, along with mentions of camera improvements, voice quality bug squashes, and enhancements to Motorola Assist and the Lost Device Finder.

We haven’t received word from AT&T or Motorola on when this update will rollout publicly, but with a soak test underway, it shouldn’t be long assuming no major issues arise.

To see the dramatic camera improvements that are included in this update, be sure to run through our massive photo comparison of the new and old software.