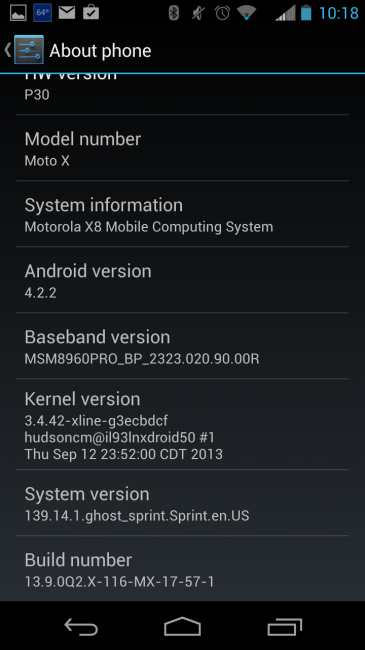 On Monday, Motorola began pushing an update to the T-Mobile Moto X that dramatically improved the camera, but also fixed a few important bugs in Touchless Control, voice call audio, and Migrate (full changelog). Again, the star was the camera update, which we have highlighted in a series of comparison photos that can be seen here. That update is now to be rolling out to the Sprint model as well.

According to a couple of our readers, an update to build 139.14.1 popped up on their Moto X variants this morning. Sure enough, Motorola has posted a changelog for us which does indeed show that this is the same update as the T-Mo update from earlier in the week: 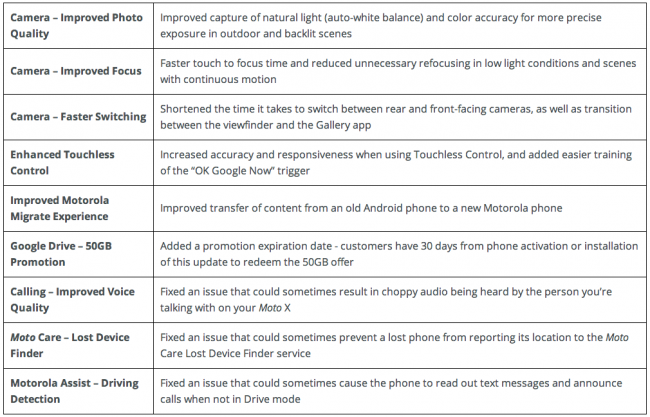