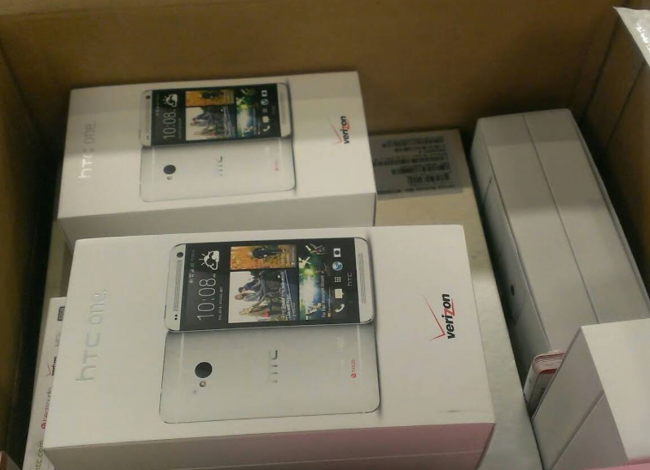 In two days (August 22), you’ll be able to buy the HTC One on Verizon, that much has been confirmed. What we were still trying to figure out is if Big Red would carry any other color outside of the silver version, which was the original colorway released months ago across the globe. Rumors of a blue variant have snuck around the tech rumormill, but according to our sources, we are likely to see only the silver model come Thursday.

As you can see in the box above, shipments filled with nothing but shiny silver and white are arriving in stores. Even the black model for Verizon has yet to surface, so for the time being, this may be your only choice. That’s a bit unfortunate with other carriers like Sprint selling silver, black, and even exclusive red versions (that look extra tasty by the way).

Update:  Well, at least one source claims to have seen black models. There is a chance!

Update 2:  The phone is now available from Verizon and the black is no where to be seen. Probably looking at silver only for now.

With the ULTRA and MAXX hitting stores today, and the Moto X as early as August 29, are you still holding out for HTC’s 2013 flagship?