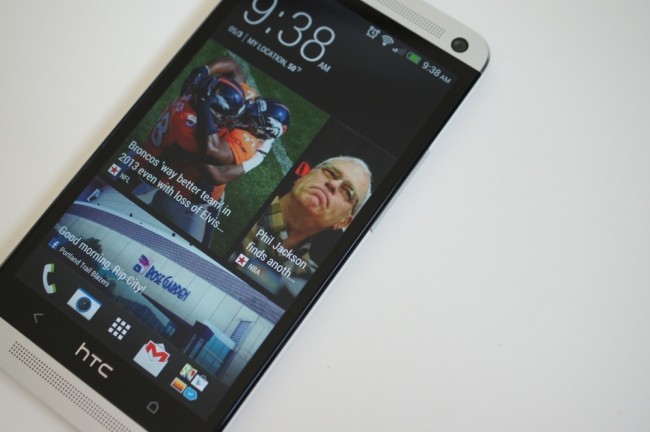 As painful as it is for me to admit this publicly, I feel it’s only right that I do. My name is Kellen, and I’m a BlinkFeed user.

When HTC announced the One back in February, I was one of the quickest to write off BlinkFeed as another marketing gimmick and option that no real tech user would ever touch. I called it “terrible” (twice). Sure, it was perfect for the average user who loves Facebook, but for people like me, it didn’t stand a chance. It was a Flipboard copy, remember? It was even promoted with this super creepy, stalker-friendly ad. Well, after going through my second unlocked One, and making it my daily driver, I’ve found myself using the damn service more than I had ever expected to. In fact, I’m loving every second of it. Ugh.

So what is it that I like? If you own a One and are holding off from installing a third party launcher (please don’t ask me why I haven’t done this yet, I’m embarrassed enough as it is), you are almost forced to use BlinkFeed. Since it can’t be removed from your set of home screens, it’s always there, ready for you to glance at. And since it’s there to be glanced at, I decided that I may as well make it worth my time. So I filled it up with NBA and NFL news, dirty Celebrity fixes, Movie notes, and (my limited Facebook feed). Now, every time I unlock my phone, I refresh the stupid thing, hoping to see new news. I’m so addicted.

BlinkFeed gives me a way to quickly consume information that I actually want to consume. There are no tech-related news feeds pumping through my BlinkFeed, no sir. I save my RSS apps for that. BlinkFeed is strictly personal. It has become my way of separating work from play, if you will. And not that tech is all work-related, but when I step away from my desk at the end of the day, it’s time to unplug from press releases and phones in China that you will never want to buy.

Now, BlinkFeed still bugs me at times. I often find it recycling some news stories. I also wish it would show me missed calls or connect to apps like Google Voice to show some notifications other than calendar appointments that are on the way. I really wish they would allow me to specify Twitter lists into it, rather than my entire Twitter feed. It has potential to be even better. But for now, it’s my dumb guilty pleasure. I get a quick fix of news topics that I care about and the occasional Facebook post from a pre-school friend that I haven’t talked to since I was five but am supposed to be interested in still, all without ever launching an app.