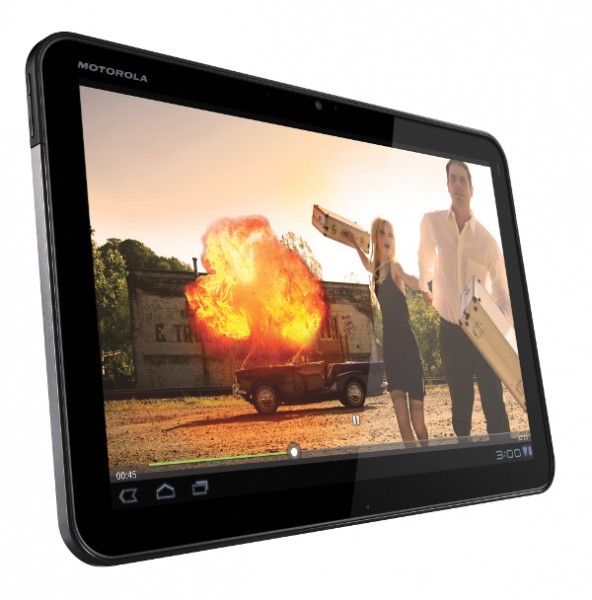 Motorola confirmed date and price today of the Motorola XOOM Wi-Fi, a product we’ve been ruthlessly tracking for a couple of weeks now.  This 3G-less model will hit stores on March 27th (a date we had last week) and at a price of $599 (a price we had a few times) through a variety of retail channels.  Staples, Best Buy and Sam’s Club are just a few of the big box stores that will be selling this wifi-only model with prices expected to drop into the $539 range at some of them.

This is a huge step for Moto, but one that was needed in order to compete against its rivals.  It’s about time some of these manufacturers ditched the carrier-only approach and started spreading products around.  Who’s buying one?

“MOTOROLA XOOM is a truly innovative tablet – its design, coupled with being the first tablet to have Android 3.0, results in a user experience that is one-of-a-kind,” said Dan Papalia, vice president of retail sales for Motorola Mobility. “We are now continuing to expand the choices available to consumers with the MOTOROLA XOOM Wi-Fi to be available soon from numerous leading retailers in the United States.”

In addition, the MOTOROLA XOOM Wi-Fi will be available to commercial IT channels and regional retailers through a distribution agreement with Synnex Corporation, and regional carriers through Brightpoint, Inc.

As the first device running Android 3.0, MOTOROLA XOOM benefits from our aggressive work with developers across the ecosystem through MOTODEV, Motorola’s developer support program to enable world-class tablet and smartphone experiences. These devices will be able to access more than 150,000 applications within the Android Market as well as the rapidly increasing number of applications optimized directly for the Android 3.0 OS. In addition, thousands of Flash-based web applications and sites will become available for the MOTOROLA XOOM.

As a part of the company’s commitment and leadership — along with Google’s — to the Android ecosystem, Motorola announced a series of global developer events in 11 cities across North America, Europe, Latin America and Asia. These MOTODEV events give developers access to tools, support and Motorola’s team of Android experts. The first of these events was hosted in San Francisco on March 1 and had more than 665 developers in attendance.

MOTODEV also recently announced a new testing and certification program for Honeycomb applications, encouraging developers to submit their applications to get early feedback and support on MOTOROLA XOOM performance. This is a part of the company’s ongoing commitment to supporting the ecosystem in delivering high quality experiences to the consumer.

More information about MOTODEV tools, resources and events can be found at http://developer.motorola.com.