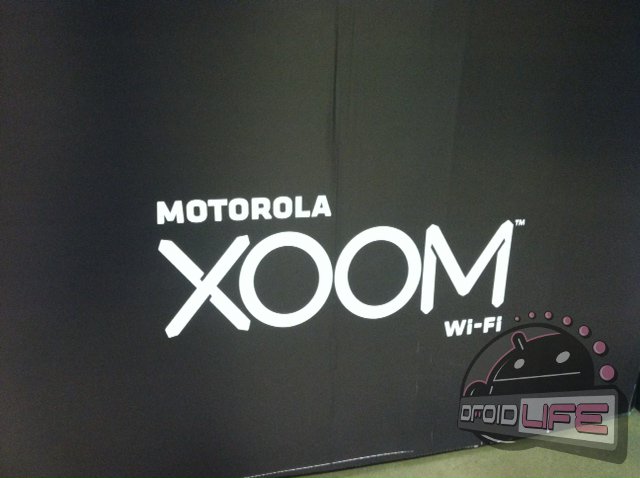 Been a lot of talk about a wifi-only Motorola XOOM lately and thanks to our friends at Sam’s Club, we think it may be closer than anyone imagined and with a better-than-previously-advertised price tag.  According to talk out of their “Year Beginning” meeting, they plan to release the device at $539 which is lower than the $599 price that Moto CEO Sanjay Jha spoke of just two weeks ago.  No word yet on an exact date, but with the same version launching in Europe during the first week of April, we’re tempted to pencil that in for a U.S. launch.

Oh, and you’ll get a good laugh out of the pricing sign listed below.  Looks like someone was working a little too fast when printing it up and missed a couple of details.

More pics after the break!