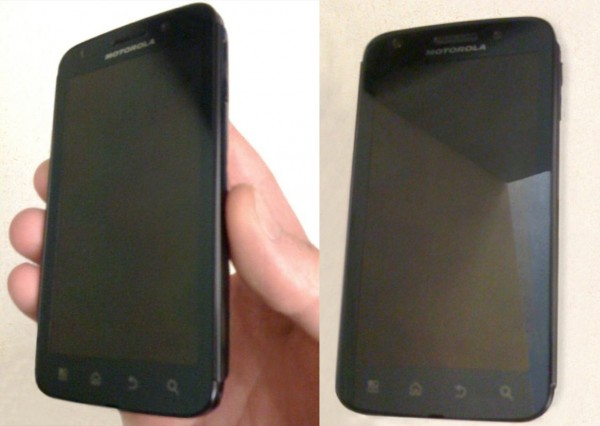 Can you think of a better way to send you all off into a long food filled weekend than with a couple of quick rumors?

The first has to do with those pictures above which is rumored to be the Motorola Olympus, a device headed to AT&T some time early next year.  Well, if you spend any time cruising through the 8,000 Android forums out there, then you may have stumbled across a few threads that have users also referring to it as the “Etna“.  Apparently “Etna” is the code name for the Verizon version and fits nicely into the large mountain theme that Moto chose for this round of devices.  From here forward, we’ll do our best to keep the names separated, but all signs now point to them being the same exact device only running on different networks.  Expect Blur, Android 2.2 and a Tegra 2 packed inside unless a miracle happens and Gingerbread bakes itself on board at the last minute.

The second rumor has to do with a device that seems to be topping everyone’s list for yearly upgrades, the Incredible HD.  The Inc HD, which gained some buzz after a ridiculously rumored original launch date of November 23rd was mentioned, is definitely not coming this month and more than likely won’t see December either.  We had already heard from a VZW player that it had been delayed until the first part of the year and today we’re hearing it again.  Store managers have apparently caught wind of either our site or are hearing it from higher up the chain that it will definitely be a 4G LTE device and not seeing the light of day until January at the earliest.

Recap!  Motorola Etna is what we all care about now.  The Incredible HD is confirmed for the 10th time to be real and won’t be here until January.