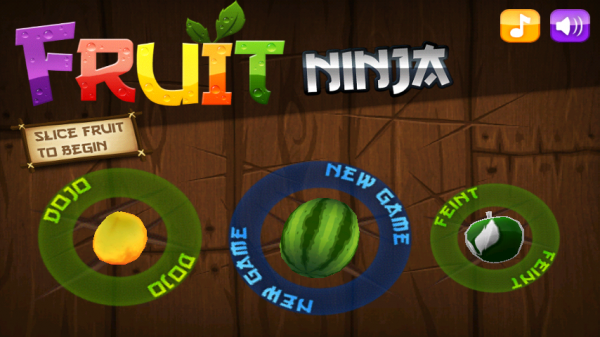 Your Android gaming needs are finally becoming fulfilled with the announcement today from gaming powerhouse OpenFeint that 20 games will be released onto Android over the next month and as many as 10 today.  Most are actually available right now in the market including Fruit Ninja, MiniSquadron and Flick Kick Field Goal which we’ve listed for you below.

OpenFeint also announced the Feint Spotlight App allowing you to stay up-to-date on the most recent gaming releases from them. The Feint Spotlight App acts sort of like a mini-gaming market bringing you community, games and even prizes.  OpenFeint and their 3,000 titles, hundreds of developers and millions of users are now a part of Android, people.  We knew this day was coming, but damn is it still exciting.

Full press release after the jump.

Burlingame, CA – September 15, 2010 – OpenFeint, the leading cross platform social gaming network with 37 million mobile players, is launching 20 games for Android in the next month starting today with top 10 iOS hits including dot (ustwo), Fruit Ninja (Halfbrick Studios), MiniSquadron (Supermono), Super Slyder (Sandlot Games), The Moron Test (DistinctDev, Inc.), and Tic Tac Toe (Posimotion). These games will be offered to major wireless carriers as part of a partnership where OpenFeint will regularly bring high quality games to Android as candidates for featuring. The company also announced the release of its Feint Spotlight app, where Android gamers will be able to discover new games, connect to the community, and win prizes. With over 200,000 daily activations, the Android user base is growing rapidly and will eclipse tens of millions of additional users in 2010.

“Android users deserve great games but haven’t had access to enough of them. That changes today,” said Jason Citron, CEO of Aurora Feint, makers of OpenFeint. “Hundreds of thousands of people activate Android phones every day, and there is a clear need for high quality games in the marketplace. The major wireless carriers are partnering with us to select the best games from iOS – like Fruit Ninja – to bring to Android.”

All games utilize the newly cross platform OpenFeint mobile social gaming network and include features like leaderboards, achievements, and friending. iOS and Android gamers can now compete against each other in the games that they love to play. With a cross platform gaming network, gamers are no longer limited to playing games with friends who only use the same smartphone OS.

OpenFeint also announced that it will aggressively market these games in its newly introduced Feint Spotlight app for Android. With new titles being added to the OpenFeint network every day, gamers can use the app to discover the hottest new games and win prizes in future giveaways.

“Android is on track to become an incredible force as one of the largest mobile platforms in the world. Developers will need to unlock this gigantic market to maximize revenue potential for their mobile games. With the help of our wireless carrier partners, we’ve created multiple viral and editorial channels to help our developers drive revenue,” said Peter Relan, Chairman of Aurora Feint.