If you look closely at the picture we grabbed from the new Droid X site from Verizon, you’ll notice that the red Droid eyes on each device are completely unique in design.  This was obviously done intentionally and I’m surprised that no one has pointed it out or that Verizon hasn’t made at least a mini-bullet point anywhere about it.  My sources also have confirmed to me that this will continue on into the future with new Droid family members including the Droid 2.  Yep, all Droids will have their own unique red eye, which for whatever reason, I think is pretty cool.

You may remember that Droid 2 boot animation we posted along with our exclusive photo shoot??  If not, here is a shot of the red eye featured… 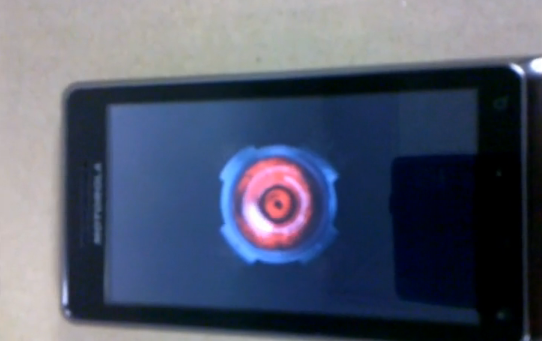 What’s interesting about that shot is the fact that this boot animation is actually the boot animation for the Droid X meaning we’ll have something completely different once the device is made official and loaded with it’s own set of goodies.  So when will Droid Life show everyone the real Droid 2 boot anim?  We already have!

Remember those exclusive commercial slides from Monday?  If you look closely at the “Digits” commercial slide which features the Droid 2, you’ll see the new red eye plain as day.  Here is a close-up…

Not tremendously different than the Droid 1’s but definitely upgraded.  And yes, that’s been confirmed by our sources as well and is definitely the version you’ll see when the device is released in August.

And what about the Droid Incredible?  We sort of gave you a version for your Motorola Droid and someone has even patched together one that can be pushed to your DI, but there has been no word as to when the official one will be sent out.  I can say that it was expected to be sent out via OTA to the Incredible already and for whatever reason keeps getting delayed.  I’m wondering if it’ll ship with new Incredibles and their fancy new packaging? 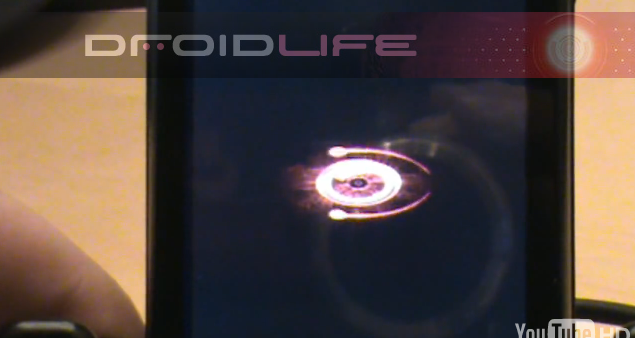 So now that I’ve spoiled the surprise for both new devices, I should probably apologize, but don’t worry, there are plenty more exclusives coming in the near future.  This is just such a fascinating brand and there are so many intricacies that most people overlook and we are hear to point them out!