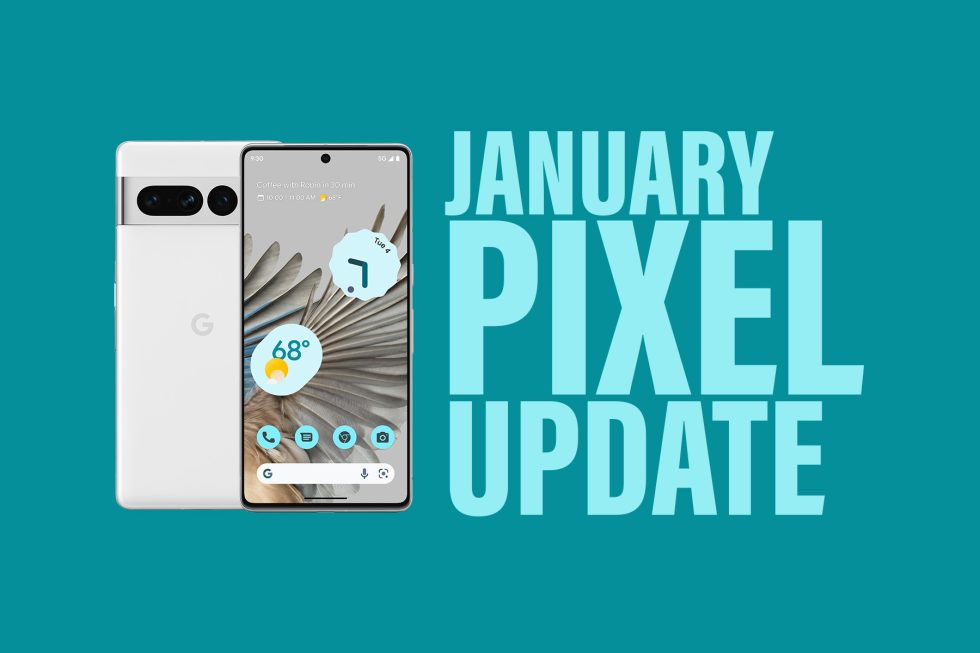 Welcome to a new year and also to the first Google Pixel update of the year. Google kicked off 2023 by releasing the January Android security patch and update for the Pixel 4a up through the Pixel 7. I know this may seem like a day late and a weird Tuesday release, but there was an observed holiday in there.

Since this isn’t a big quarterly update, we aren’t actually expecting much in this build. Since we got a Pixel Feature Drop in December that brought to public a Quarterly Platform Release (QPR) build with dozens and dozens of bug fixes, this January update should be more of a minor bug fixer with the focus being on security patches. All good.

As of this moment, Google has posted January factory image and OTA 13.0 files for all of the active Pixel phones, including the Pixel 4a, Pixel 4a 5G, Pixel 5, Pixel 5a, Pixel 6 and Pixel 6 Pro, Pixel 6a, Pixel 7, and Pixel 7 Pro. Everything here should be on-time, with no delays. If we don’t see an update arrive for a few days, we’ll be sure to let you know.

Here are the build numbers for each device:

Google should begin pushing these updates shortly over-the-air (Settings>System>System update), but if you don’t want to wait for Google and prefer to update manually, you will find each factory image or OTA file at the links below. For instructions on how to flash a factory image, here you go. For instructions on how to flash an OTA .zip file, here you go.