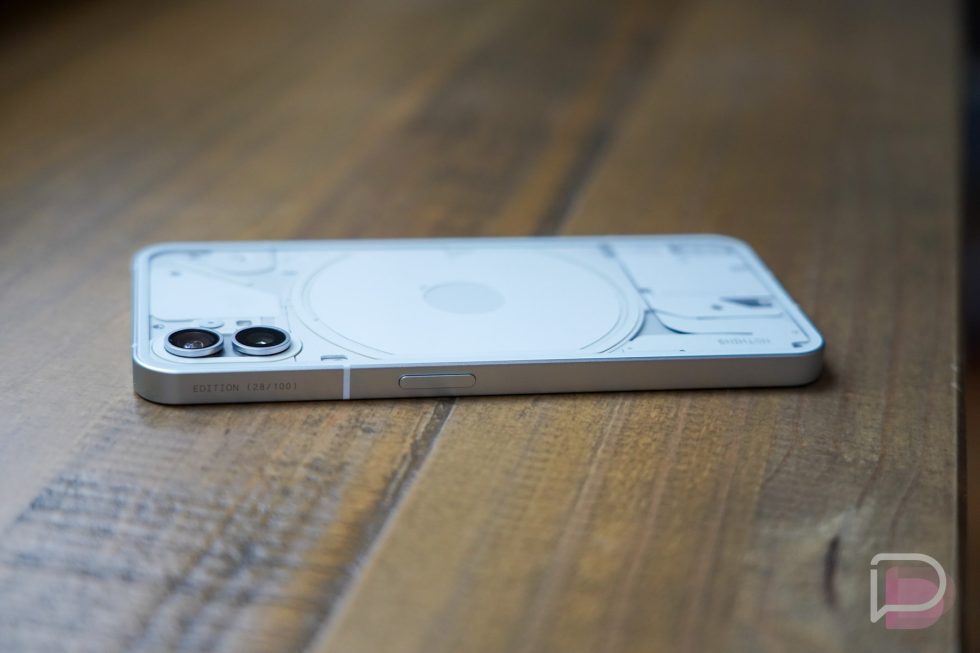 Nothing still hasn’t released a phone in the US and we really have no idea if or when they might do such a thing. That has made our coverage of them a bit awkward at times, but since they keep saying “US launch,” here we are. The latest on this situation is that they’ve once again mentioned this country and they have also begun pushing out Android 13 as a beta to a limited group.

For the Android 13 beta, which is rolling out through an Open Beta program just like OnePlus does it, the new software will arrive under a Nothing OS 1.5 branding. Nothing believes this is their OS in “perfected” form with a huge boost to app loading speeds, even more Material You, privacy upgrades, a QR code scanner shortcut, a self-repair feature, improved Gaming Mode, and more. Actually, the list of changes looks about 95% of stuff Google introduced in Android 13, but there are probably custom touches here and there.

As for the US launch part of this, Nothing’s Carl Pei has taken to the Twitter to suggest they are indeed “Preparing for a US launch” and that they plan to extend the Android 13 beta program to folks here. If you happen to own a Nothing Phone (1) and live here, you can sign-up to be a tester here. That form was posted to their community forums a couple of weeks ago.

Preparing for a US launch 🇺🇸

While Android 13 Open Beta is gradually being rolled out in our existing markets, we will be extending it to the US market via a testing program with access to Phone (1). Would love to get feedback from our community there. Stay tuned.

There is still a lot of confusion around this supposed US launch, though. In an interview with Pei, Android Authority asked him about these US plans and he wouldn’t really elaborate on any of it, only mentioning again that it’s hard to ship a phone here. The question came as a follow-up to a recent story that suggested Nothing would “potentially” ship a phone here, but Pei seemed hesitant to further commit and instead talked about Nothing needing more resources and that a recession is here. So he’s talking about a US launch on Twitter and then being extra cautious in interviews.

I’ll let you know if I get this beta or if something in the US really happens.