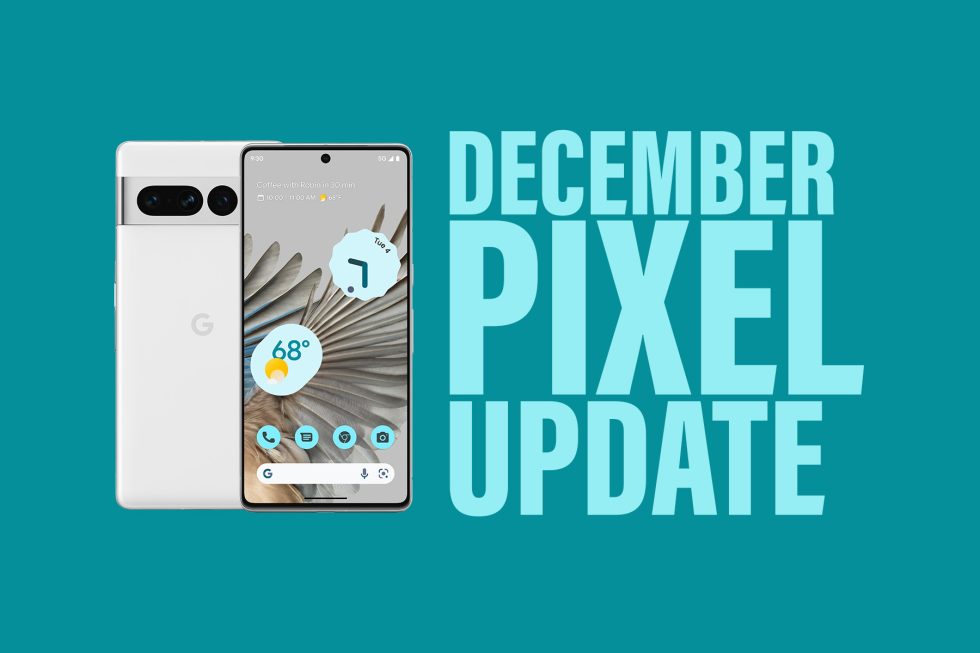 Not only is it a day of updates for Google Pixel phones, being the first Monday of the month, it’s also a Pixel Feature Drop day and the release of a major quarterly build. That’s right, if you own a Pixel phone (like the Pixel 4a up through the new Pixel 7), this December Android update is bigger than a normal monthly security patch.

We’ve got a full write-up on all that is new in the December Pixel Feature Drop, but the highlights include Spatial Audio support, speaker labels in Recorder, free VPN for Pixel 7, and the new security hub. There are a couple of Pixel Watch goodies too. You can read all about the new features at this post.

As for this being a huge quarterly update, don’t forget that this is the Android 13 QPR1 build that has been in beta for several months. If you joined the QPR1 beta program, you have been testing this for a while. Being a QPR (Quarterly Platform Release), the list of bugs being squashed could be enormous. You can view the full list here.

As of this moment, Google has posted December factory image and OTA 13.0 files for all of the active Pixel phones, including the Pixel 4a, Pixel 4a 5G, Pixel 5, Pixel 5a, Pixel 6 and Pixel 6 Pro, Pixel 6a, Pixel 7, and Pixel 7 Pro. Everything here should be on-time, with no delays. If we don’t see an update arrive for a few days, we’ll be sure to let you know. The rollout is scheduled to start “today.”

Here are the new builds for your device:

Google should begin pushing these updates shortly over-the-air (Settings>System>System update), but if you don’t want to wait for Google and prefer to update manually, you will find each factory image or OTA file at the links below. For instructions on how to flash a factory image, here you go. For instructions on how to flash an OTA .zip file, here you go.