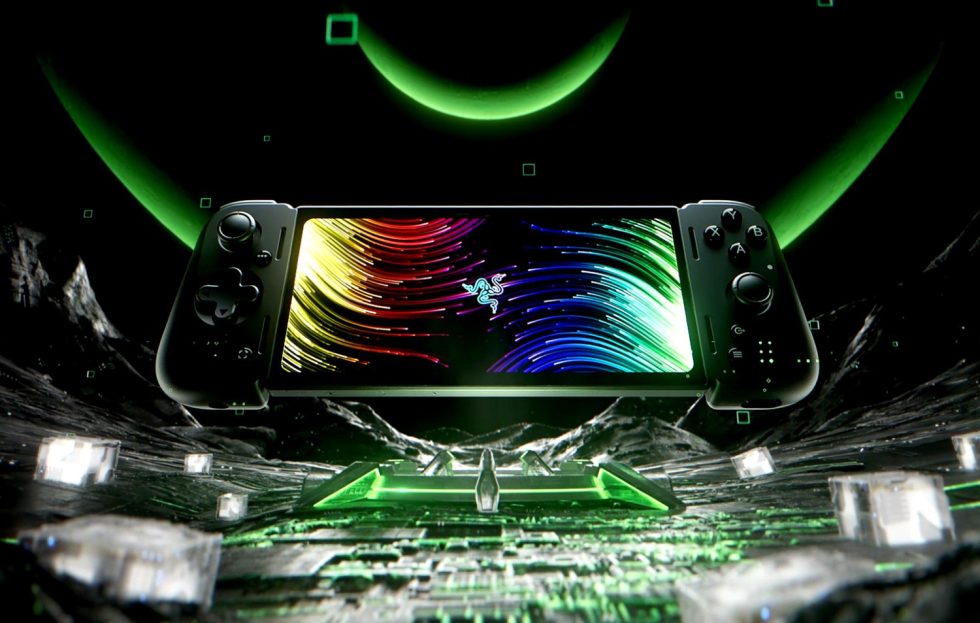 I recently reviewed Logitech’s new G Cloud handheld gaming device. It’s a sweet little unit at $349, but given its emphasis on cloud gaming, it’s not packed with a ton of high-end specs. That’s simply not the angle Logitech was taking. With that said, we’re now learning more about the Razer Edge, another Android-powered handheld gaming unit from Razer, but this thing appears packed with all of the specs you might need for a super sweet onboard gaming experience.

According to Razer, the Razer Edge (to be available in WiFi-only and 5G models), features a 6.8” FHD+ AMOLED touchscreen display with a refresh rate of up to 144Hz, the new Qualcomm-produced Snapdragon G3x Gen 1 platform (an active-cooled gaming chipset with a 3GHz Kryo CPU), 8GB RAM, 128GB storage with microSD support for up to 2TB, 5,000mAh battery, and plenty of fans and vents for cooling. No word yet from Razer as to which version of Android this device will run at launch or for how long they intend to support it. With Razer, that’s an important note.

The starting price for this device? $399. That’s just $50 more than the G Cloud, which seems great considering the list of specs.

Razer will announce additional details and exact availability at 2023’s CES in Las Vegas. Launch is currently penciled in for January, so we’re getting close. You can already reserve a unit on Razer’s website for just $5.