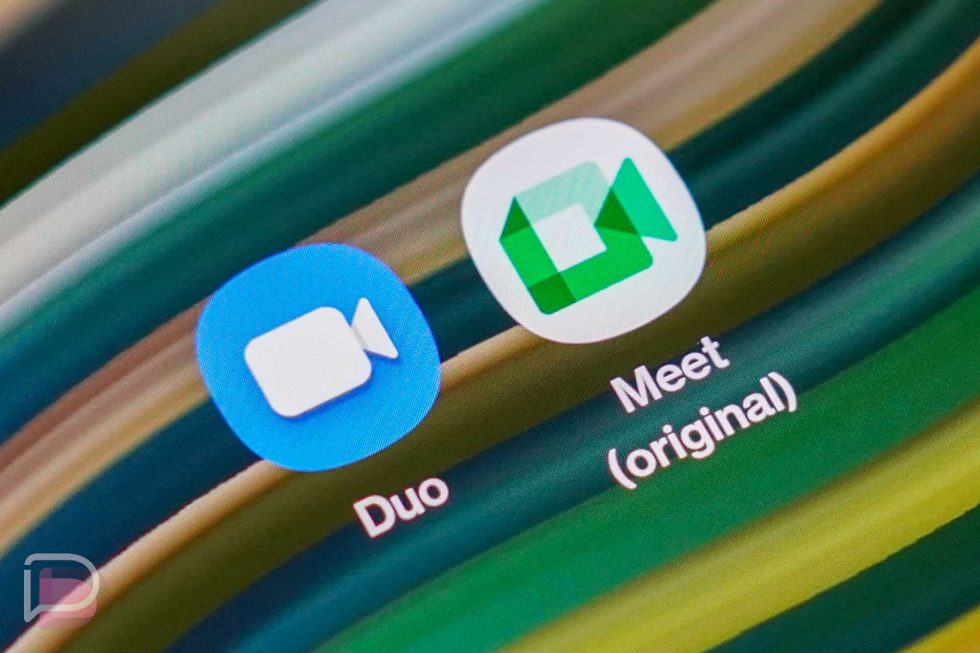 Google Duo is supposed to be gone. We said as much two weeks ago when Google updated the app with a name change to “Meet.” This marked the conclusion of the unfortunate retirement of our favorite video chatting app and its re-brand as Google’s other, more professional meeting app. And then yesterday something weird happened.

Folks (including us) started noticing an update on Google Play for…Google Duo. That’s right, an app that is no longer supposed to exist and was renamed to “Google Meet” a couple of weeks ago, was getting an update.

The update introduced the old Google Duo icon back into the app drawer and it can be placed on your home screen like the days of old. Touching it opens Google Meet, because of course it does.

To make things all the more confusing, we also still have a Google Meet shortcut (and that “Meet (original)” shortcut). The Google Duo update apparently just adds a shortcut called “Duo” that launches Google Meet. Google told 9to5Google that they brought the app icon back because people want to search for “Duo” on their phones to find Duo. I’d imagine that means the switch to Google Meet wasn’t clear enough or made obvious enough to people and they were wondering what happened to their beloved Duo. We feel you, homies.

So to recap, Google Duo isn’t back, but the icon is for now. When you open it, it’s just opening Google Meet because it’s really just a shortcut called “Duo” that opens Meet. Make sense?