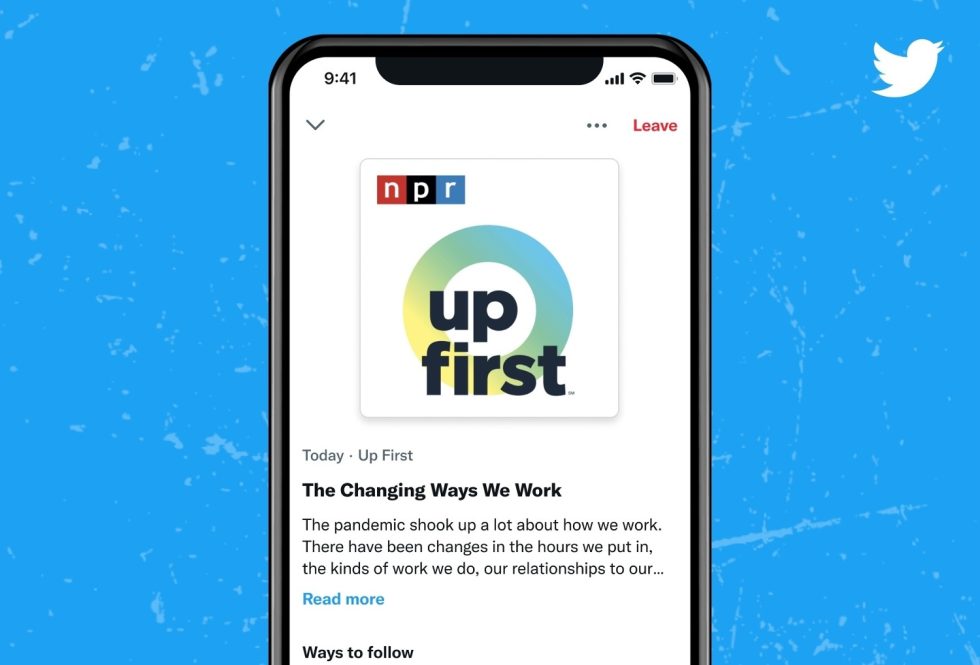 Twitter announced today that it is introducing podcasts on its platforms via a redesigned Spaces tab. According to Twitter, just under half of its users in the US also listen to podcasts monthly, so instead of forcing them to leave the platform, it’s bringing the podcasts to them. That’s super considerate, Twitter!

These new hubs will also feature the most popular and engaging podcasts from around the world. Our internal research indicates that 45% of people who use Twitter in the US also listen to podcasts monthly, so we’ll automatically suggest compelling podcasts to help people easily find and listen to the topics they want to hear more about. For example, if someone regularly interacts with Vox content on Twitter, they’ll probably see a Vox podcast in a Spaces hub.

The redesigned Spaces tab, which is the home for podcasts, is live now for a select number of users on iOS and Android in the US. Be on the lookout for it to hit your device at some point. As for me, I’ve never opened the Spaces tab and I still don’t intend to. I’m just like that, you know?