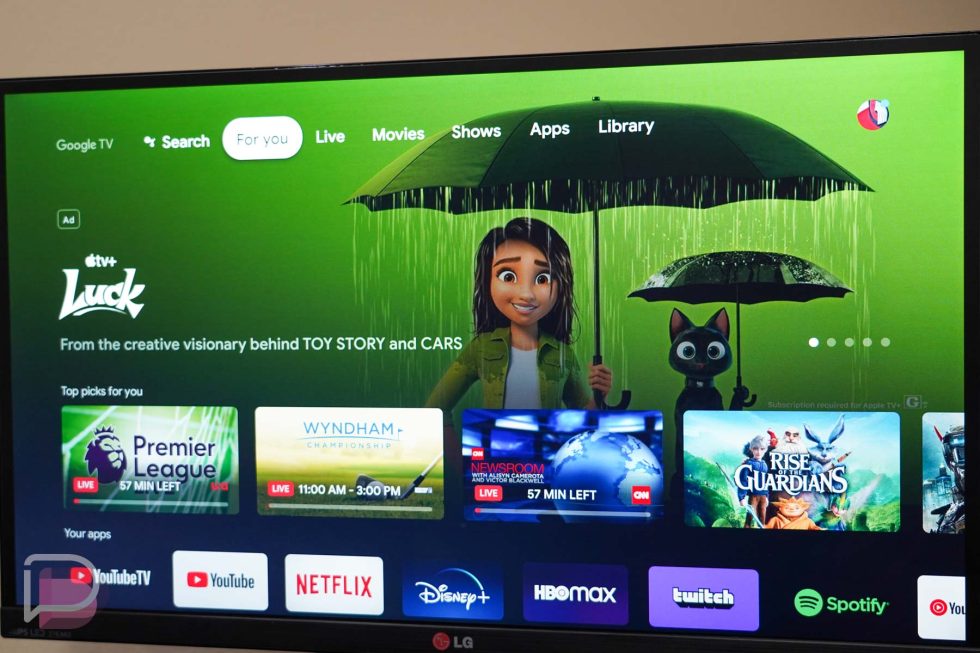 Want to hear something cool on this beautiful Friday? Your Google TV might soon get free live TV. Yeah, seriously.

Google has apparently been building out live TV into the Google TV platform for some time, but only recently has evidence arrived suggesting it may be around the corner. The evidence also reveals that Google plans to start with 50 channels, none of which you’ll have to pay for.

The report comes from a look inside the code of a recently updated Android TV launcher app by 9to5Google, who found the full list of Google TV channels as well as promo text to inform users of the new freebie.

Should Google launch this soon, you could see a “Enjoy 50 channels of live TV without the need to subscribe, sign-up, or download,” message. The most important parts there surround that section about no “need to subscribe, sign-up, or download.” The idea is that Google TV will feature these free channels, likely with the “Live” tab in the Google TV UI. This is currently where your YouTube TV, Pluto TV, or Philo subscriptions live, assuming you are a subscriber.

As for the 50 Google TV channels, the full list can be found below.

Confused at this idea? This isn’t a new feature for the world of TV. In fact, Samsung offers Samsung TV Plus to its smart TV owners for free, with a list of 200+ channels. The content is all free to view with advertisements and is more than likely a similar style of offering that Google will do here.

This feature has not yet been announced by Google, but it sure seems like we’re getting close.