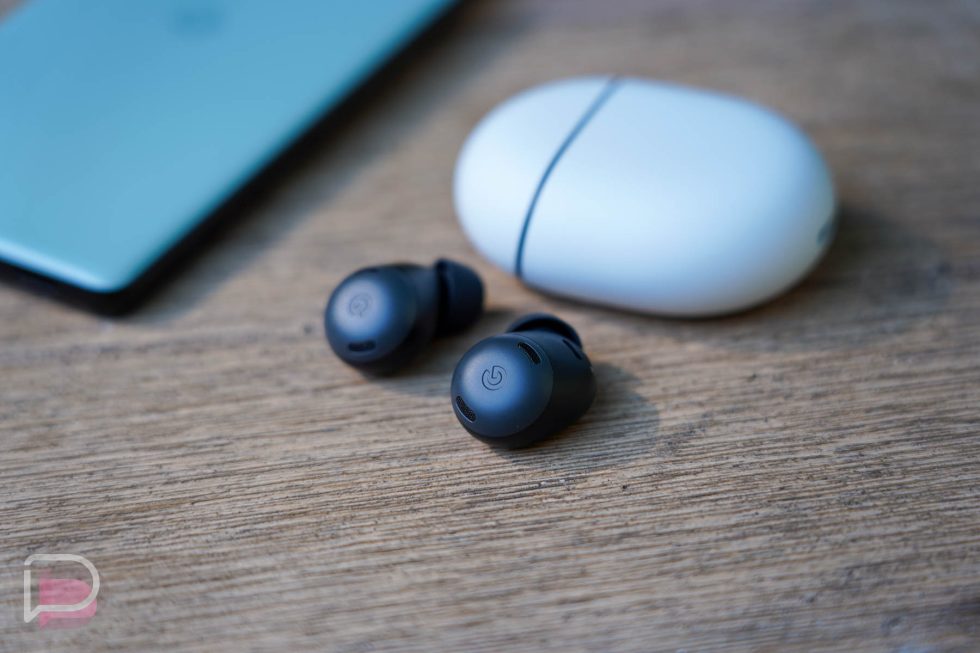 The Pixel Buds Pro are the 4th attempt at wireless earbuds by Google and arguably the most complete on paper. They also happen to be the most expensive, with features like Active Noise Cancellation, touchpad controls, wireless charging, Bluetooth 5.0, Spatial Audio (soon), big sound promises from an 11mm speaker driver, and more. At $199, these need to deliver.

Google sent me a pair of Pixel Buds Pro for review purposes and we’re working through that process now to share you with final thoughts on whether or not they do. Today is actually the day that most will publish reviews, but I was out of town when these were delivered and so we are a couple of days behind. But look, I’ve been using these constantly for 2-3 days now and wanted to at least give you some initial thoughts for those wanting a pair right away and are trying to decide. 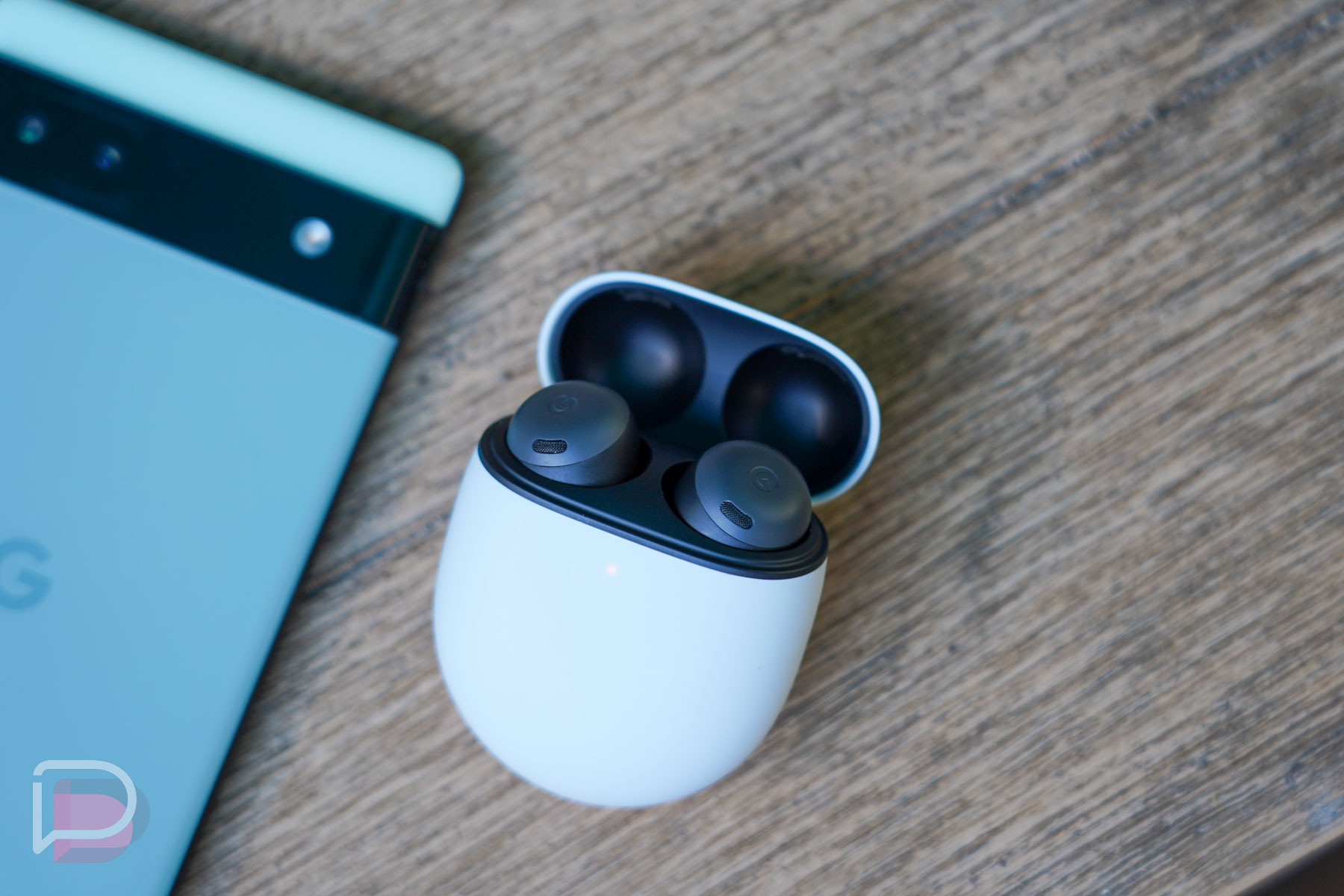 Google makes earbuds for my ears.

I know that I was one of the few who really liked the first true wireless Pixel Buds and that they were later found to be plagued by design and hardware issues. I also know that I gave the Pixel Buds A pretty good marks, even as the cheaper pair without all of the fancy features so many earbuds ship with. I am clearly a fan of Google’s earbuds even if that’s the unpopular opinion to have.

For the Pixel Buds Pro, I am once again enjoying this experience and one of the reasons has to do with fit. Google really knows how to make earbuds that fit perfectly into my ears. In fact, that was one of the biggest reasons I liked both of the previous Pixel Buds models before this, because it was as if Google used my ear to shape them. They were both light and freeing, never budged no matter what I was doing, and that let me wear them for hours without fatigue.

These Pixel Buds Pro fit my ears right out of the box with their medium tips (they also come with small and large tips). It takes a bit of extra wiggling to get them in the right spot, but once you find it, they don’t move much. They are on the larger side, thanks to ANC, though they don’t have those awkward wing tips or anything to make wearing them difficult. All you really need to do is give them a bit of a twist and then slot right in, somewhat magically.

So far, I’ve worn the Pixel Buds Pro in casual, at-my-desk settings, as well as during a couple of intense workouts. Never once have they fallen out. I will say that I notice them far more often than the other pairs of Pixel Buds and I think that’s because of their size and weight. That’s not surprising when you look at what Google packed into these, but I could see my ears getting tired of them after a longer session. Again, we’ll test that to find out.

Overall in terms of fit and feel, the Pixel Buds Pro wear nicely (at least in my ears). 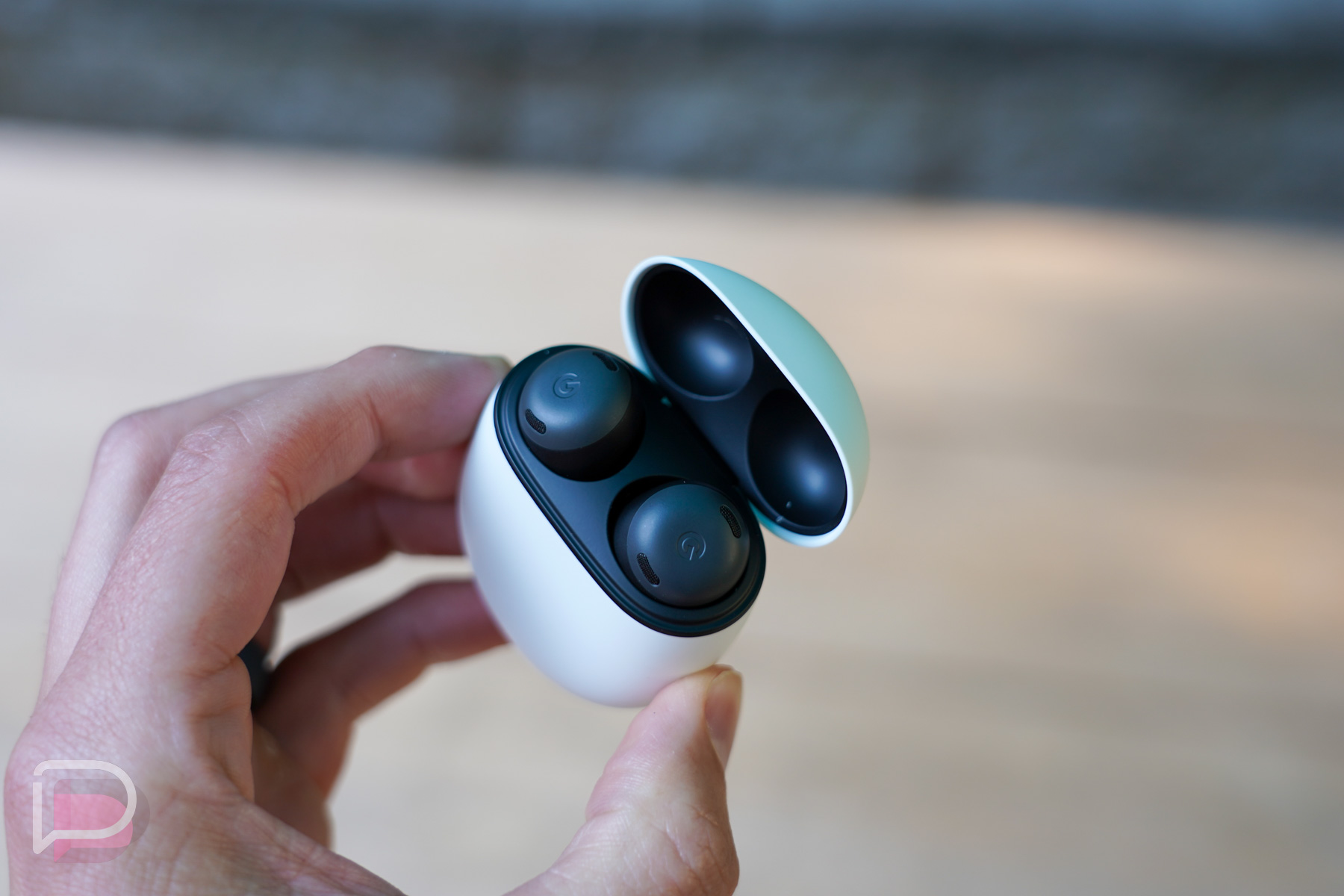 The sound is pretty phenomenal.

With a $200 price tag and a long list of features, I think Google was right in suggesting the Pixel Buds Pro deliver “premium, immersive sound.” During most weeks, I’ll go without ever placing a pair of earbuds in my ears because I work from home with speakers in my office and have found peace in running or working out without them. With the Pixel Buds Pro these past few days, I’m going out of my way to wear them and crank all the tunes.

There is a smooth, deepness to the bass that really holds up in satisfying ways that most true wireless earbuds can’t. Highs have a richness and clarity that’s intoxicating. There’s an excitement when you throw a big booming song at the Buds Pro. Yes, I ran my typical test of The Weeknd’s “High For This” and these passed with flying colors. I threw a bunch of Labrinth and his wild digital beats and heavy bass at them, once again coming away happy. I brought out Jeff Buckley for the first time in a while to try and feel that emotion and your boy is tearing up now. OK, that’s a bit much. Old Caamp, after overplaying it the past two years, sounded fresh again. This is head-filling sound at its best.

The ANC also works quite well and can really reduce outside noise in impressive ways. My ultra-clicky keyboard can’t be heard with it on, a toilet flush produced nothing, and cars flying by my house only brought a soft scream. I’ve used ANC in several pairs of buds over the years, but this is one of the first times I was like, “Wow, this really does work well.”

Of course, you can use the “Transparency” setting to let in outside noise and it also works well. The sound quality isn’t reduced with this on either, in case you were wondering. I have not yet tried the Buds Pro with ANC turned completely off, so I’ll get back to you on that experience. 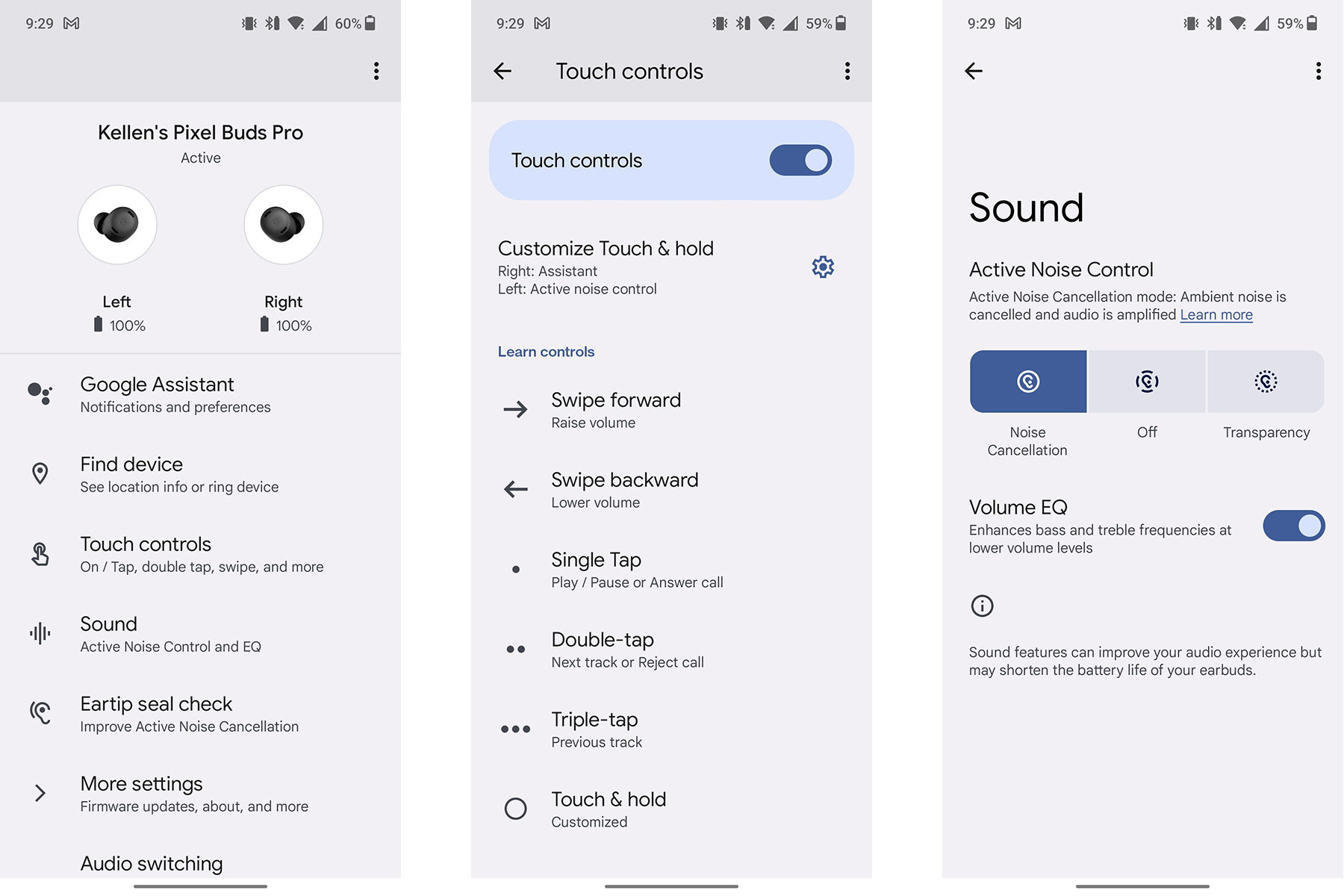 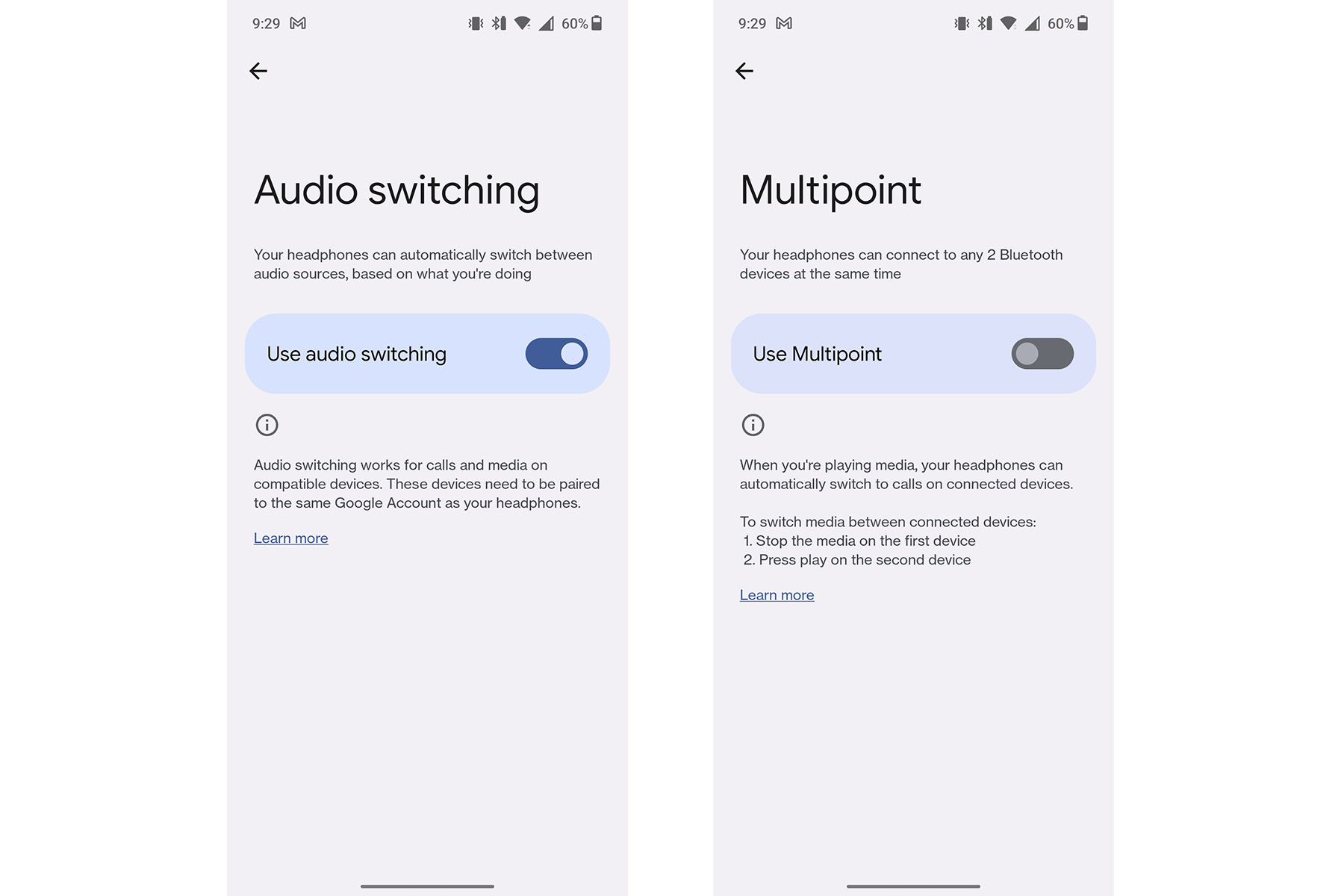 OK, I actually wrote a lot there. I’m enjoying them if you can’t tell and like sharing thoughts.