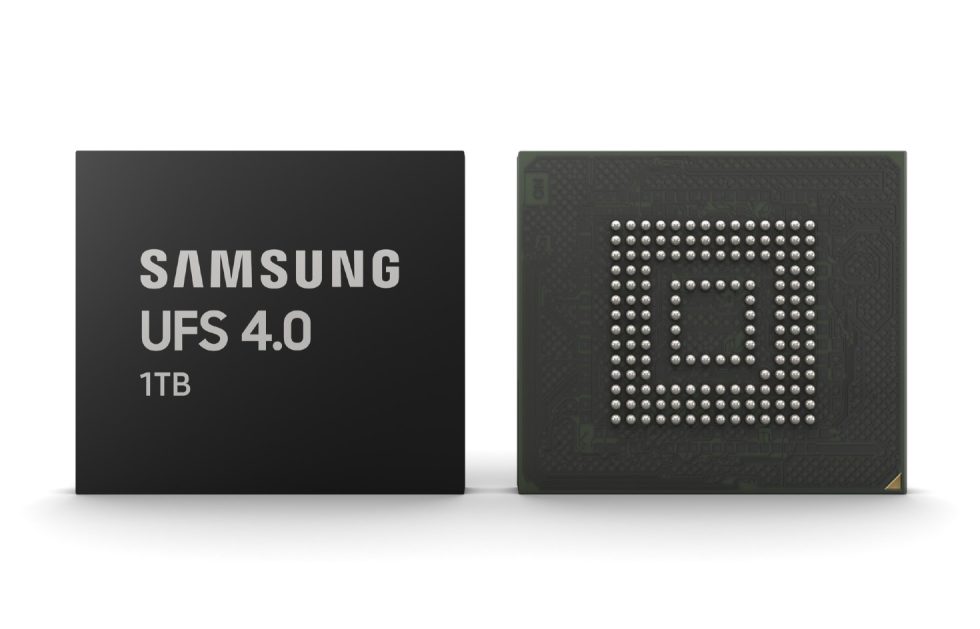 Samsung Semiconductor, one of Samsung’s many arms, announced the development and approval of UFS 4.0 (universal flash storage) this week. Currently, UFS 3.1 is the standard that is used in many high-end smartphones, but with UFS 4.0, storage speeds get turned up to 11.

Compared to UFS 3.1, which eclipsed the 1GB/s write speed back in 2020, Samsung details UFS 4.0 as capable of read speed of up to 4,200MB/s and sequential write speed of up to 2,800MB/s. Additionally, UFS 4.0 offers a speed of up to 23.2Gbps per lane, double that of the previous UFS 3.1. For those concerned about the amount of energy required for such speeds, Samsung notes that 4.0 delivers a sequential read speed of 6.0MB/s per mA, a 46% improvement over the previous generation. That’s what we call some serious efficiency.

Storage sizes are teased as ranging up to 1TB, but Samsung didn’t set the floor with regard to size.

When Can I Have It?

Samsung says mass production will begin Q3 of 2022, meaning we could see UFS 4.0 as early as late-2022 or more likely early 2023. If this seems like perfect timing for a launch with the Galaxy S23, you’d be spot on. We anticipate that lineup of devices to be announced/launched in February, making this announcement feel like perfect timing.

This isn’t the first possible feature for the Galaxy S23 we’ve heard about. It’s been reported that Samsung may use its own EV technology create a better battery for the Galaxy S23 lineup. If all of this pans out, Samsung’s next smartphones could contain some big time innovations and forward leaps in the tech department.