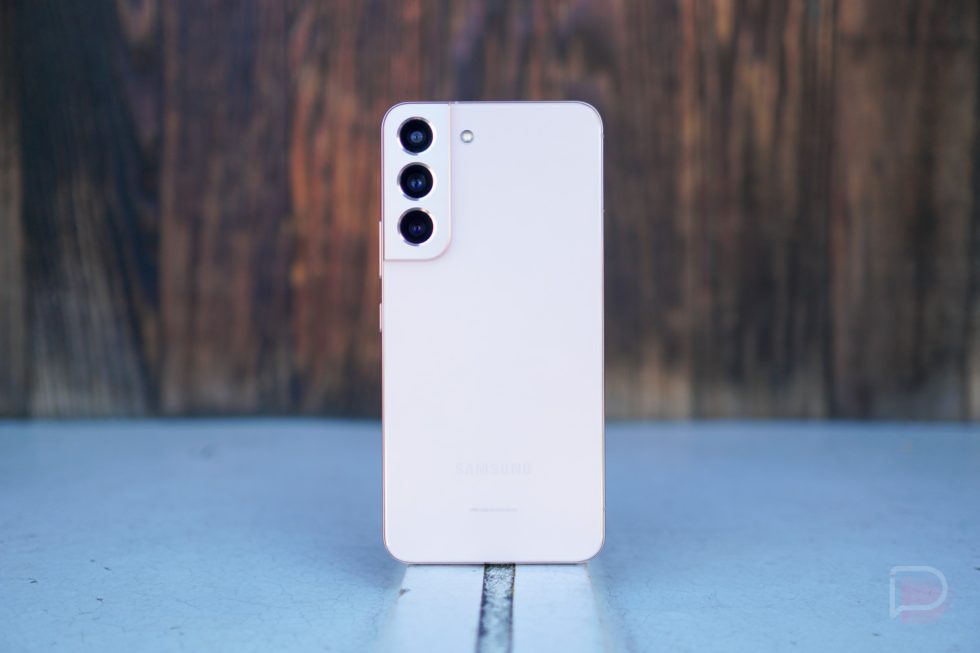 It’s that time of year once again, when Samsung delivers its new line of flagship devices. It’s an important time, as it’s no shocker that Samsung far outsells all other Android OEMs, so chances are, if you’re shopping for a new Android phone, you’re thinking about these new Galaxy S phones.

The Galaxy S22 is the smallest option in the lineup, with the Galaxy S22 Ultra being the big dog. You can check out our Ultra review here. Despite its small size, Samsung was sure to pack plenty of great specs in this phone, as well as a camera system with updated features. The only issue is its main attraction — its size. Due to its small stature, Samsung was only able to jam a 3,700mAh battery in the phone, and as one could probably predict, it’s not very good at providing long life. Can we use the phone long enough to test all of its sweet new features and use it as a daily driver? Let’s find out.

This is our Galaxy S22 review. 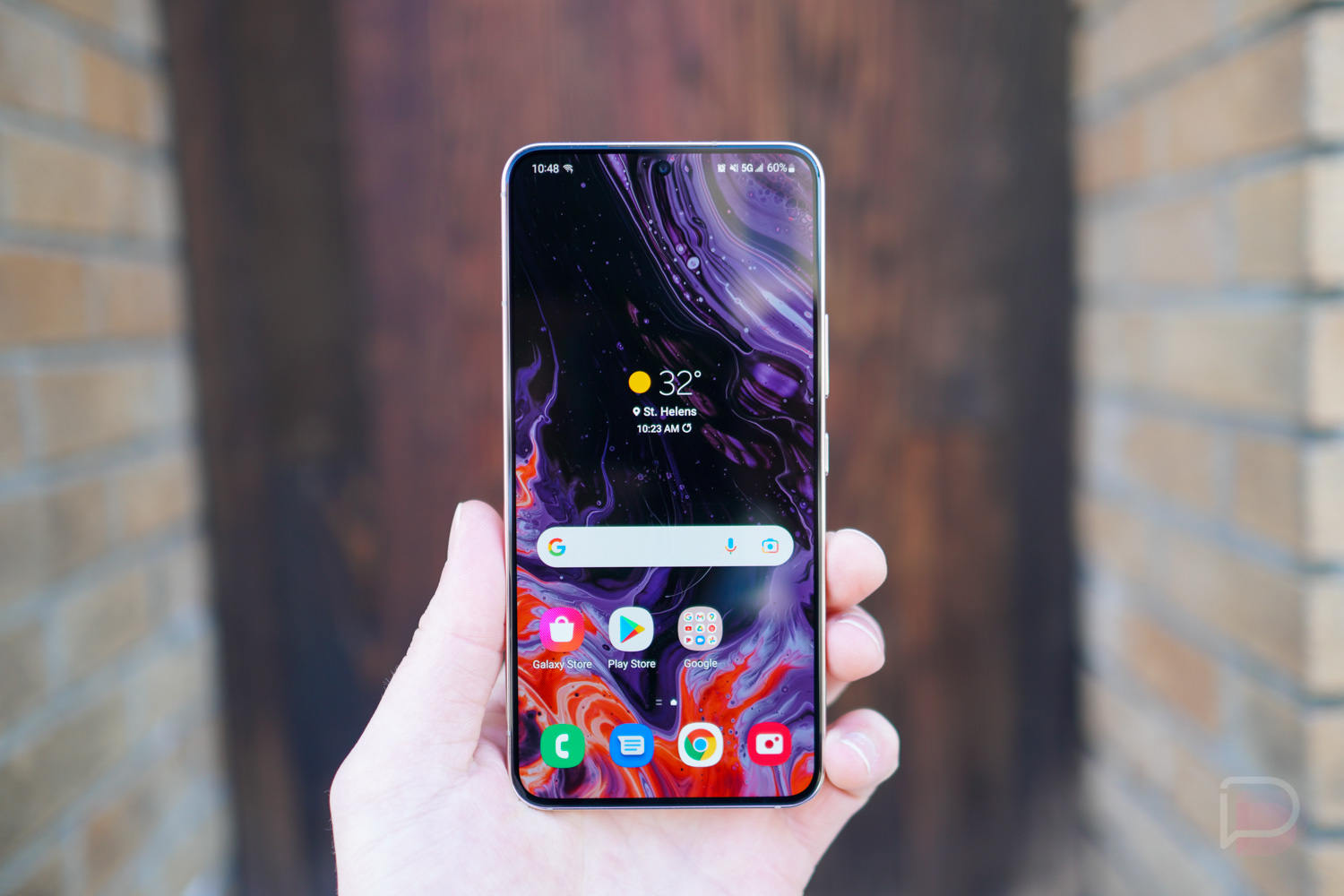 After being Droid Life’s resident big phone lover for the past few years, I’ve been ready for something that easily slides in and out of the pocket. That’s exactly what the Galaxy S22 does, with its perfectly-held-in-one-hand body. The display size is 6.1-inches, which is still plenty of real estate to accomplish all of my main smartphone needs, such as scrolling Twitter, watching YouTube videos, dominating Candy Crush, playing Wordle, and taking pictures of my dogs.

Coupled with this great size are premium hardware materials and shaping that I’m really digging. Unlike some other phones from recent years, you can tell instantly that the S22 has that “oh, this is expensive” feeling, with cold metal being the first thing you feel when you lift the device. The compactness of the phone also offers a sturdy, little tank feeling when in hand. The front display is flat-flat, making for enjoyable Android gesture navigation. The backside is also what I’d describe as flat-flat, though, it doesn’t sit flat due to the rear camera housing. 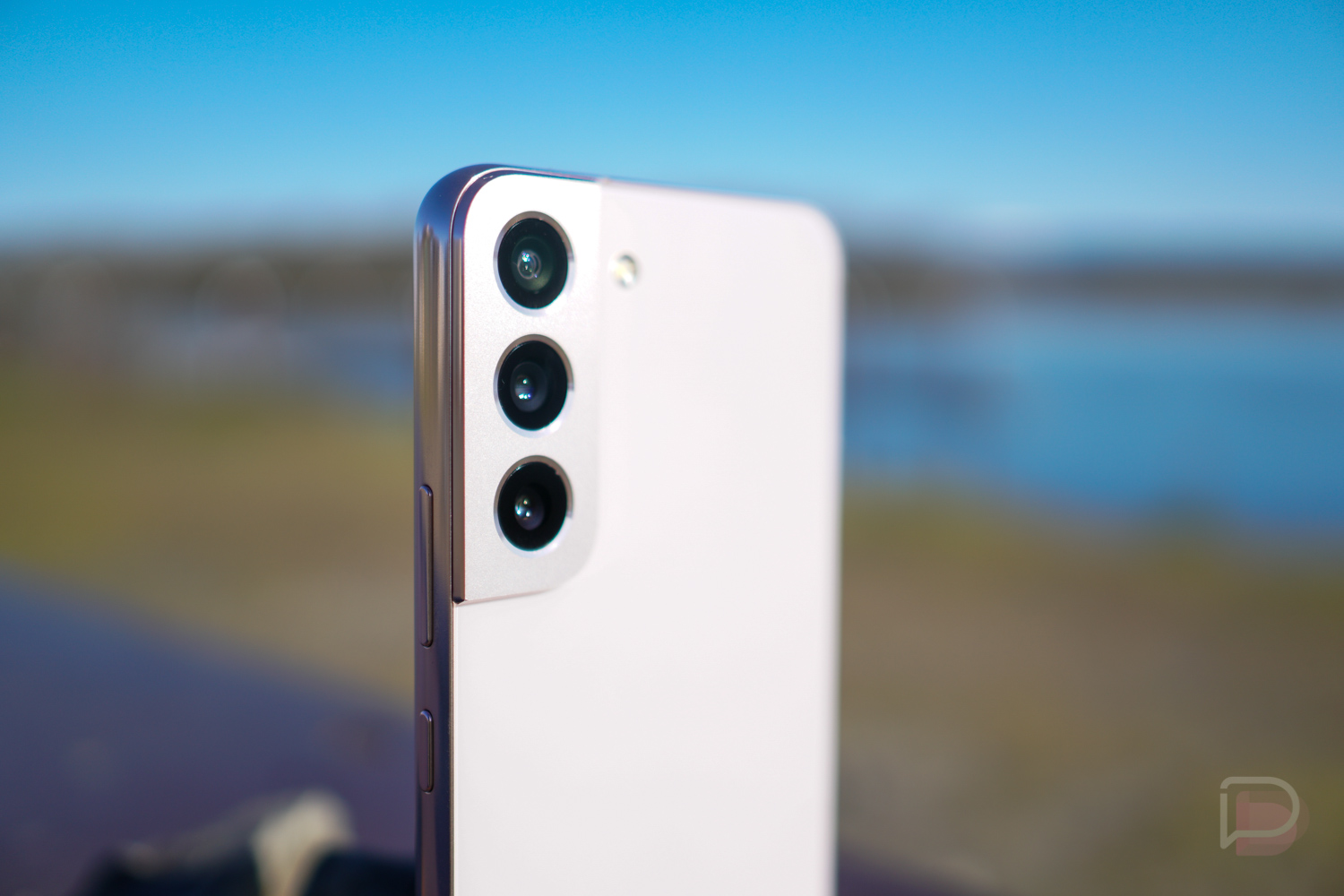 While some may knock the Galaxy S22 and S22+ for not having QHD displays, I’m perfectly content. For one, this phone’s battery can’t handle pushing that many pixels. Second, at this 6.1-inch size, 1080p is perfectly acceptable to my eyes and it will likely be fine for yours too. Beyond its resolution, colors pop off of the screen and thanks to that 120Hz max refresh rate, the display appears quite smooth for the most part.

Something to highlight, this is an extremely bright display, easily viewable in all sorts of lighting conditions. As a bonus, when you need the display dimmed, it turns into one of the dimmest displays I’ve ever seen. When I head to bed and enable Extra Dim and Eye Comfort Shield, there’s no way the phone’s display is going to blind you, even if your phone is the first thing you look at when you wake up in the morning. And thanks to there being an ultrasonic fingerprint reader and not an optical, I don’t have to worry about the reader blinding me like it does on the Pixel 6 and Pixel 6 Pro. Thank goodness. 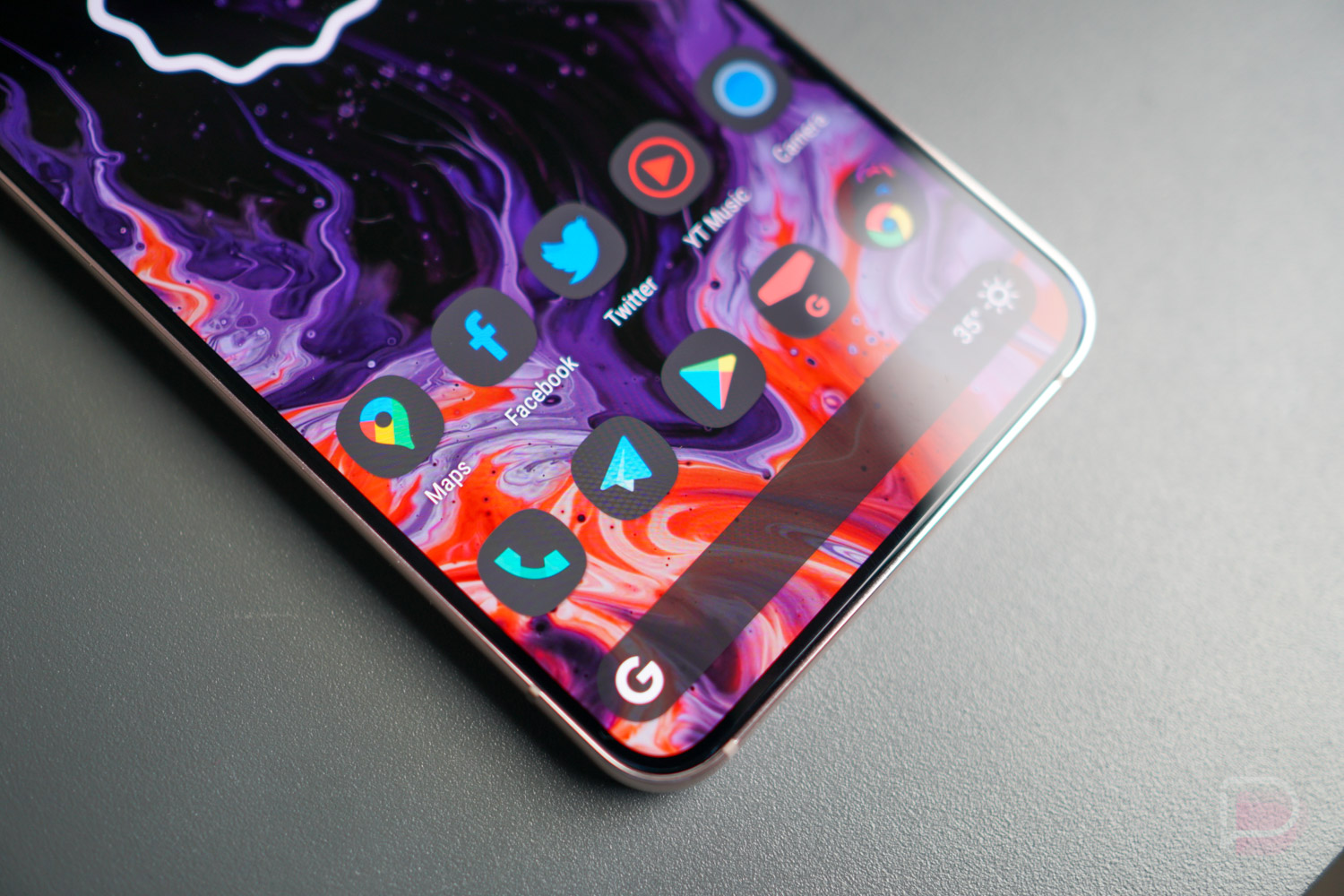 Samsung’s One UI continues to get more polished, this time placed on top of Android 12. While it’s still very much a custom skin, it’s a really smooth experience, with plenty of added features that you won’t find on other devices. Sure, there are plenty of things you’ll have to enable and disable out of the box because the company loves throwing in so much stuff, but the act of setting up a new device from Samsung has gotten much better. I mean, they still have software buttons for navigation out of the box, but we’ll let that slide I suppose. Most importantly, Samsung does take advantage of what makes Android 12 cool, which is theming. You can have your phone’s color palette based on your chosen wallpaper, which will then apply itself to select Google apps and more. It’s a very slick look. Samsung then also has its own theme engine still built-in, allowing you to choose custom icons, Always On Display images, and much more. In terms of customization, it’s nearly perfect. 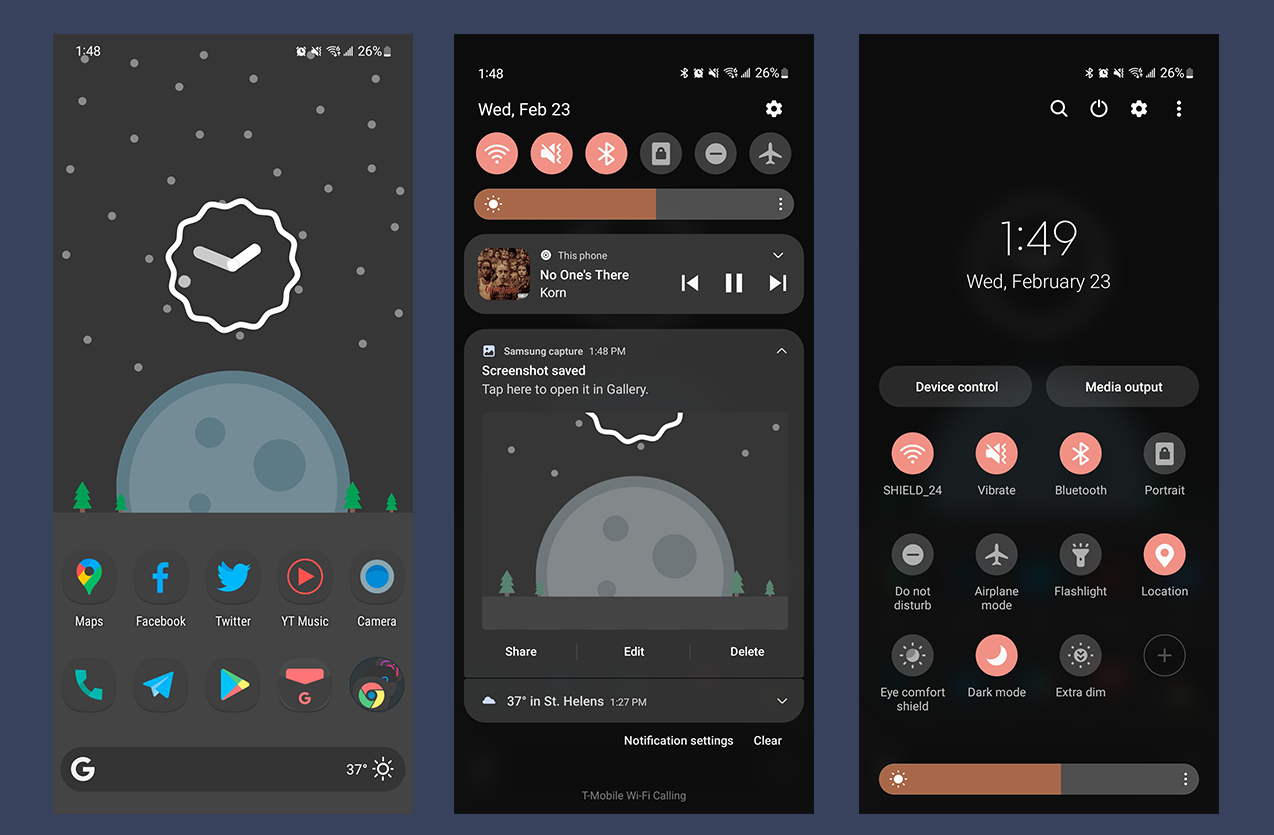 If I had to toss in a negative, Samsung’s stock launcher is still suboptimal. When you swipe into the app drawer, it’s paginated, which still makes zero sense to me. I’ve been using Nova Launcher since day 2 with the phone. Don’t plan on changing back either.

Kellen brings this up in his Galaxy S22 Ultra review, but it’s worth celebrating a bit more. Samsung is committing to 4 (four!) Android OS version updates for this phone and 5 years worth of security patches. In Android, that’s pretty much unheard of, raising the bar for all other Android OEMs. Will they step up and match that? Considering the efforts we see from everyone besides Google in the update department, I’m going to have to assume that’s a “no.” 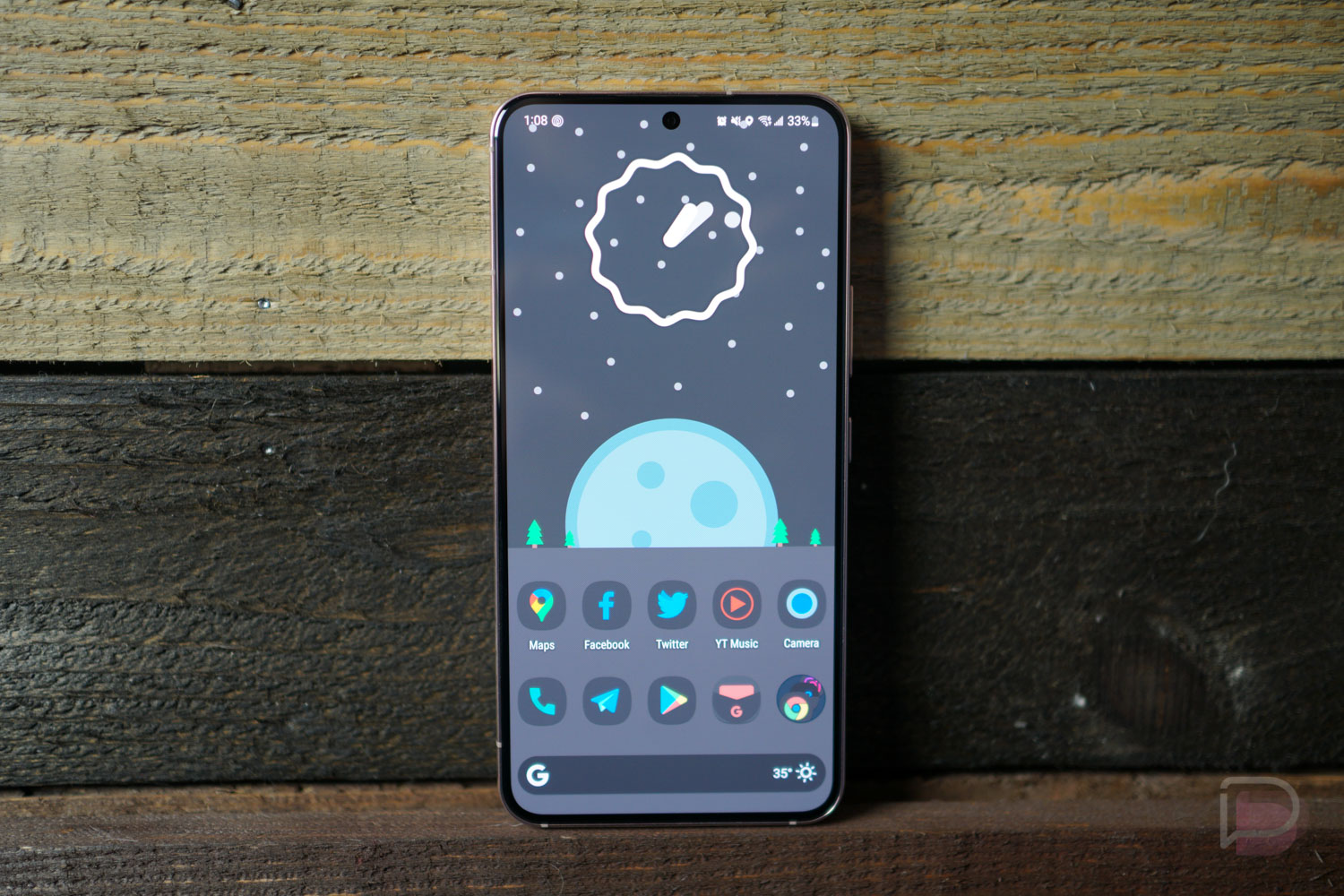 With its next-gen Snapdragon 8 Gen 1 chipset and 8GB RAM, this is a plenty snappy smartphone. I’ve been playing plenty of mobile games, mostly Candy Crush because I’m weirdly back on that time waster, and for the most part, this phone has been fantastic in the performance department. Diving in and out of apps is also plenty fast enough, with Android 12’s recent apps view not really helping the matter, but it’s still fine.

I’m always on the hunt for stutters and jank, but to be completely honest, I haven’t come across much to complain about when performance is involved. The S22 is really quite snappy for a phone, with the fingerprint reader performing very quickly, followed up by quick app boot times. 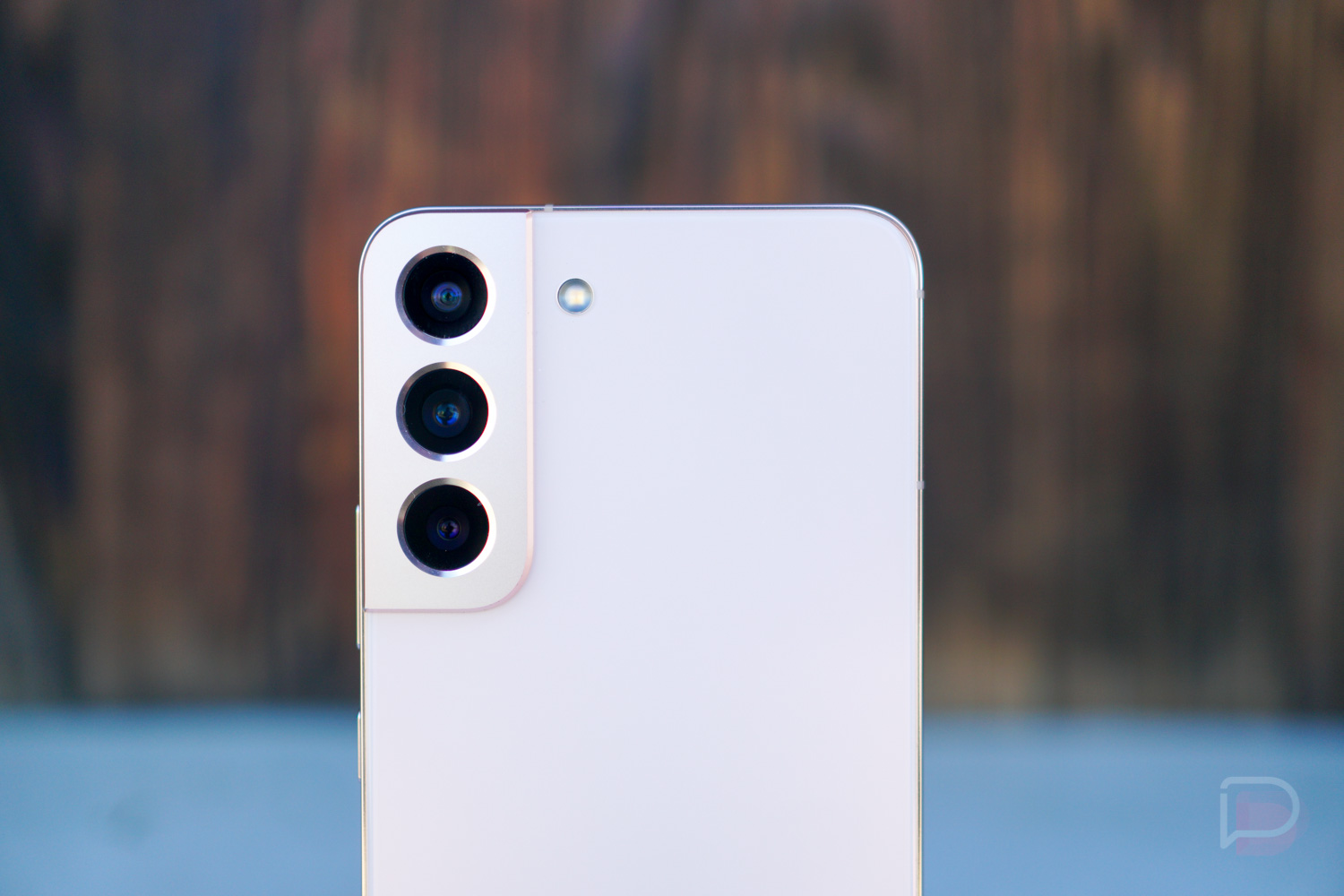 On the backside of the Galaxy S22, there’s a 50-megapixel main shooter with OIS, 12MP ultra wide camera, plus a 10MP telephoto camera with OIS. I must say, I’ve been pretty impressed with the level of detail that this camera can capture. While the shutter speed can leave a bit to be desired, the end results are usually pretty darn great. From the photos I’ve taken, colors look incredible, contrast levels are chef’s kiss, and the software’s exposure levels are spot on for the most part. Sure, a honking Space Zoom telephoto lens would be incredible, but folks will need to splurge for the S22 Ultra if they want that feature.

For software, Samsung includes all of the usual suspects. There’s a Portrait Mode, Night Mode, Pro Video Mode, Single Take, Slow Motion, Hyperlapse, Director’s View, plus Bixby Vision and AR Zone. There’s no shortage of camera toys to play with. Director’s View is one of the new features that Samsung is highlighting to potential buyers. With it, you can record videos and snap pics from multiple lenses simultaneously, as well as preview them in real time. I’m sure this is great for some certain use cases, but I didn’t come across one in my testing period. 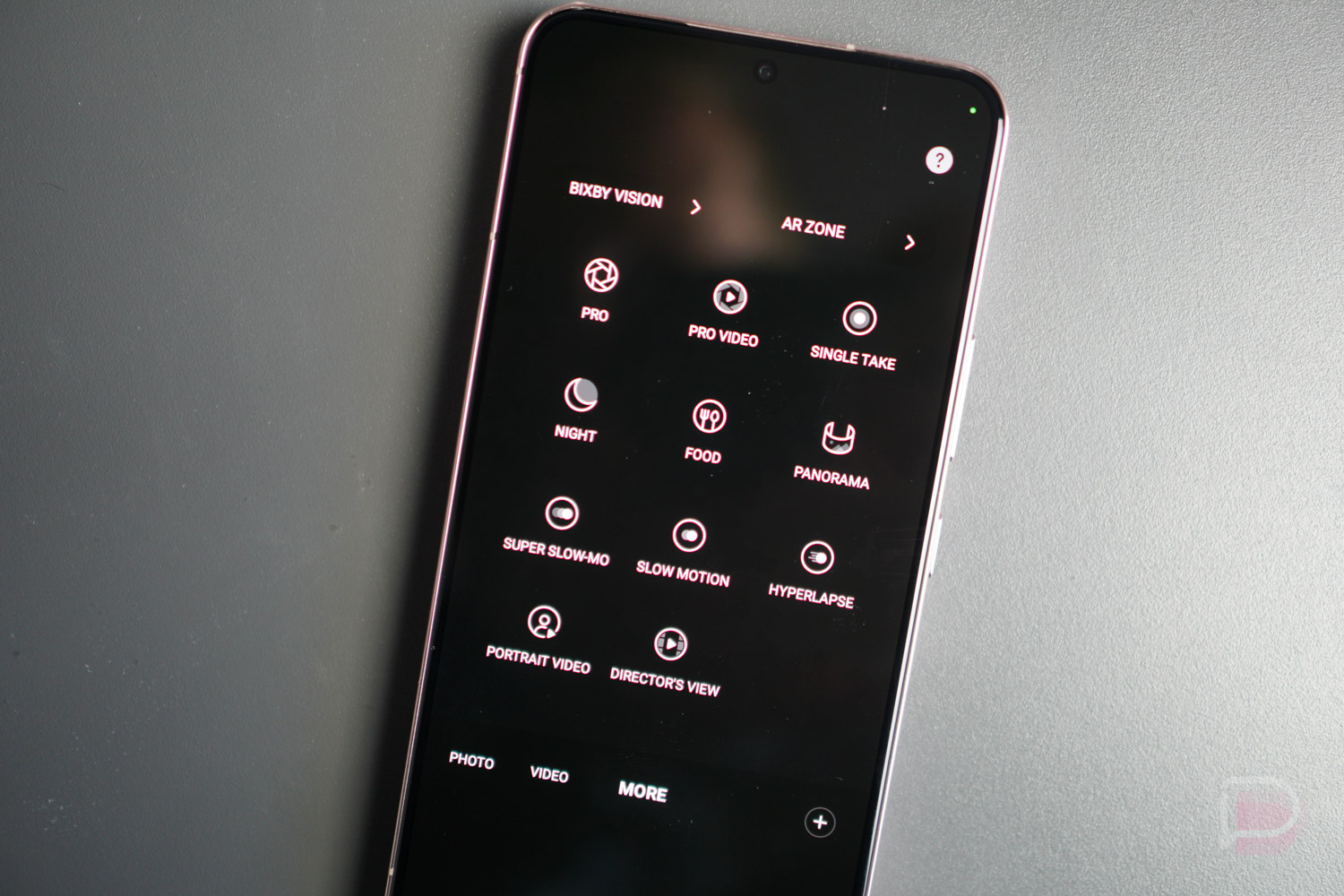 I’ll go ahead and let my samples speak for themselves. There’s a mixture of lenses, plus a few variations in resolution. Will you be able to spot the difference, even with WordPress’s compression? 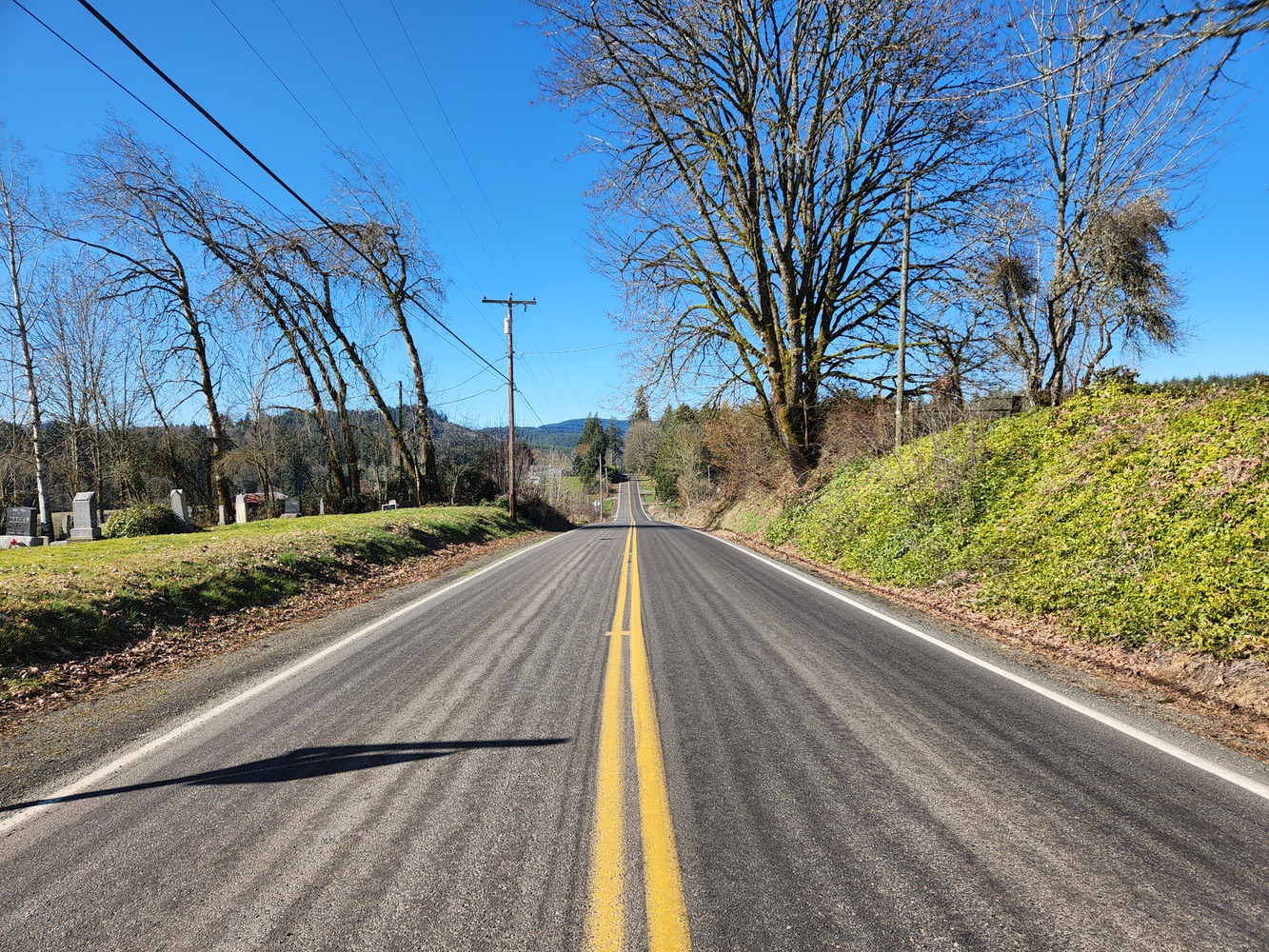 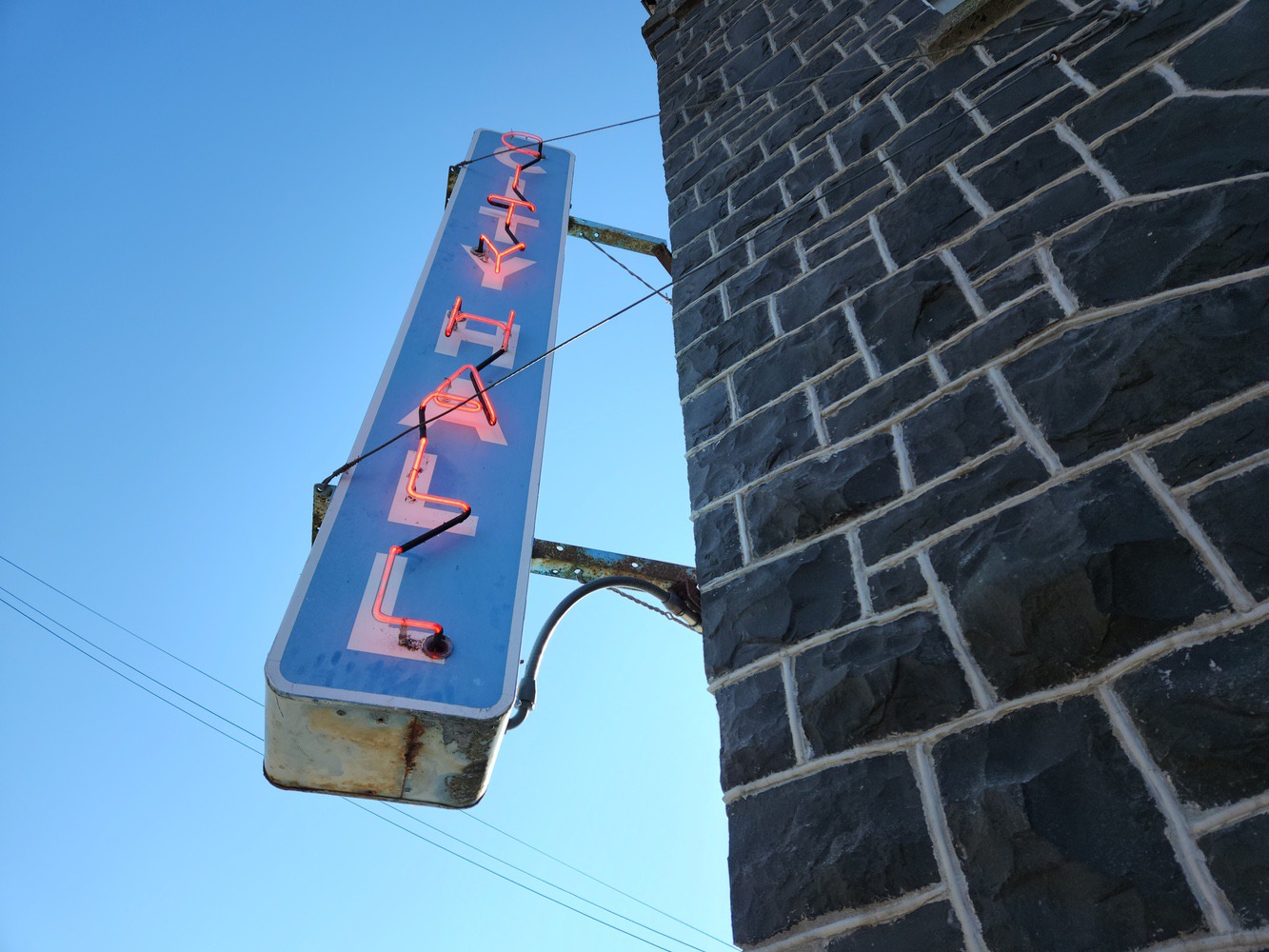 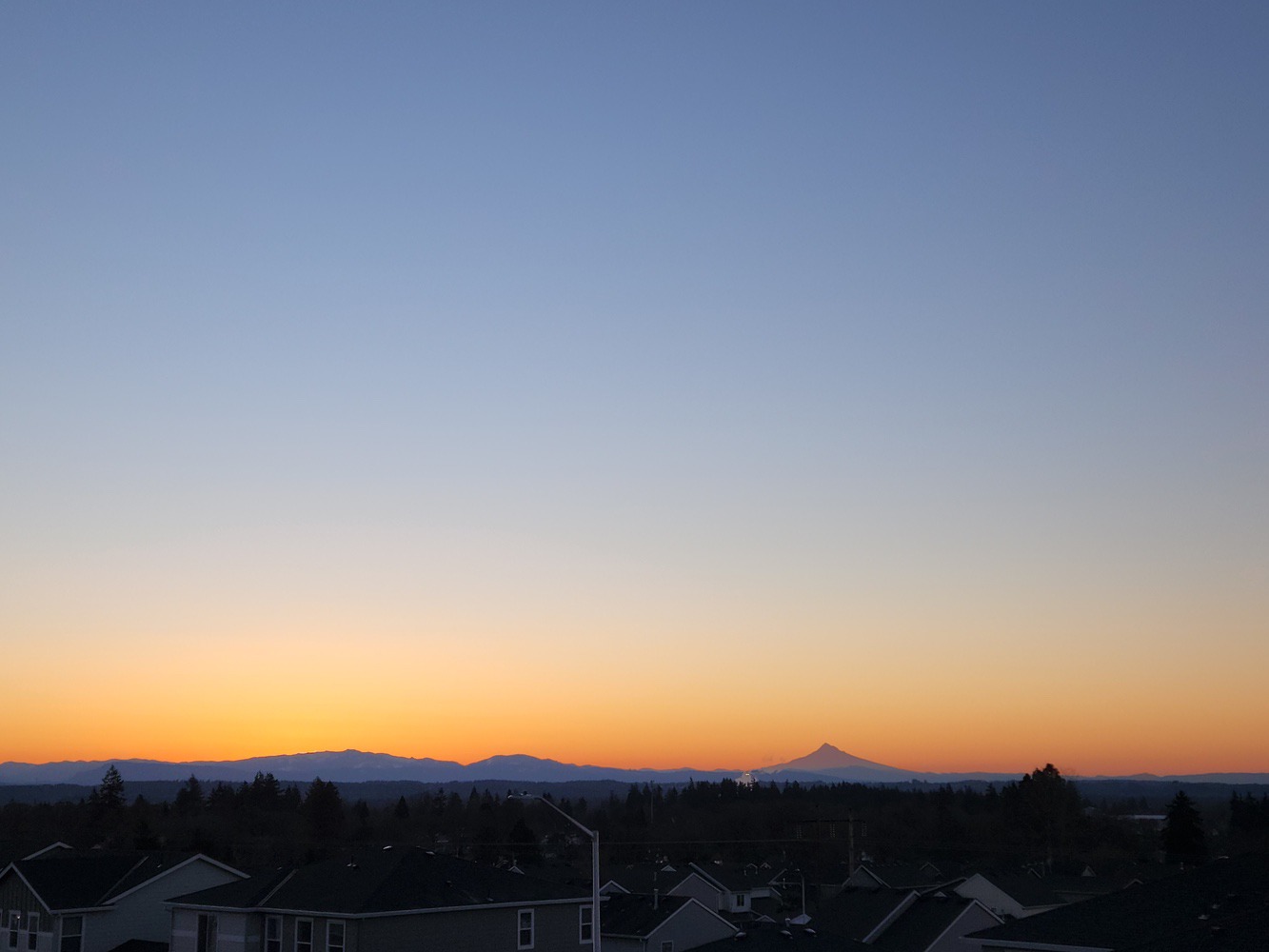 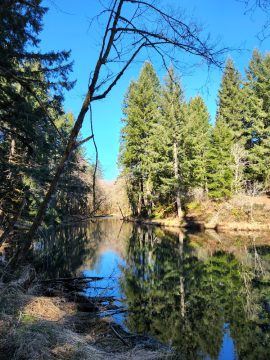 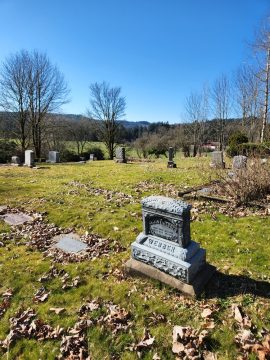 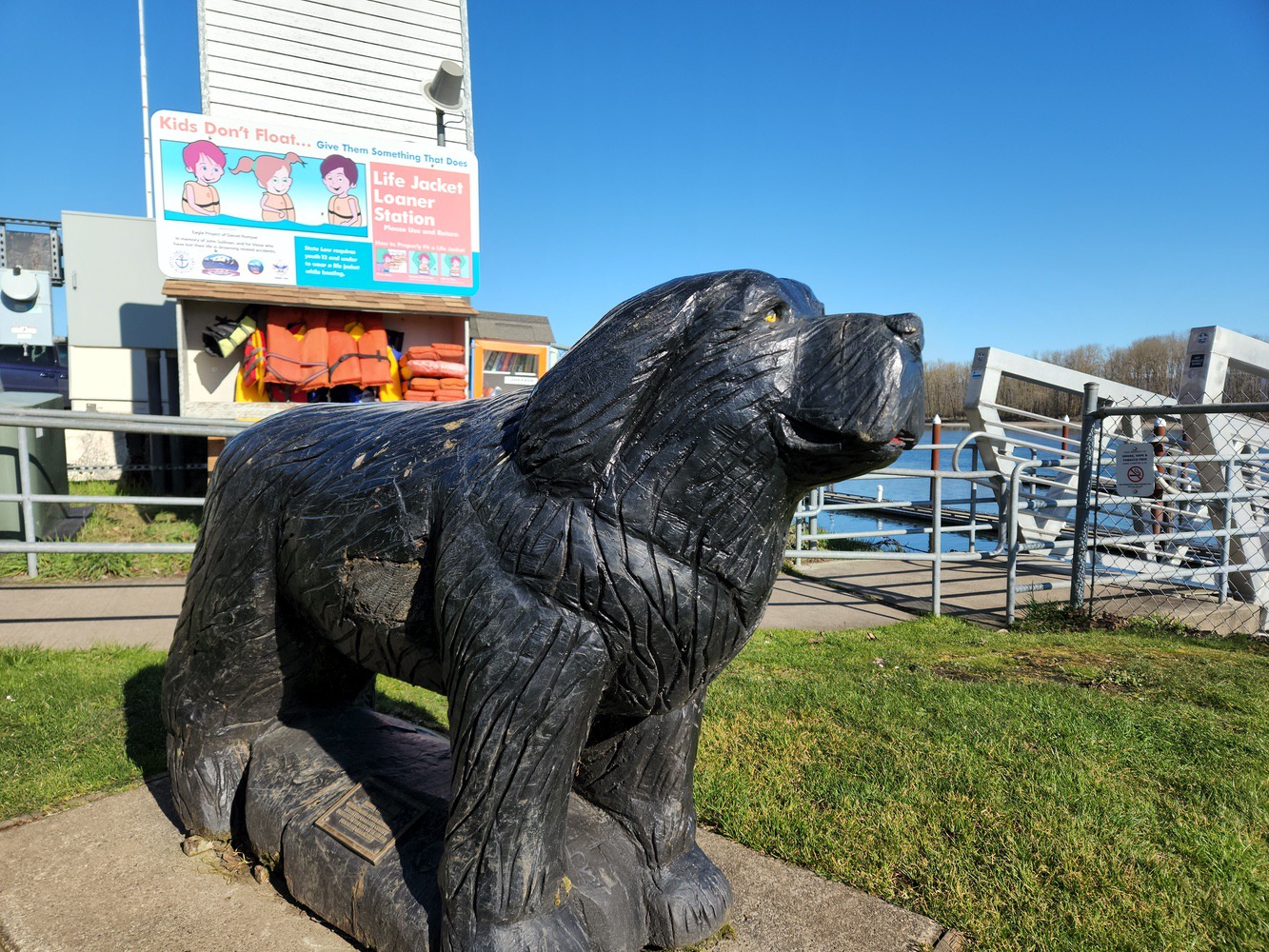 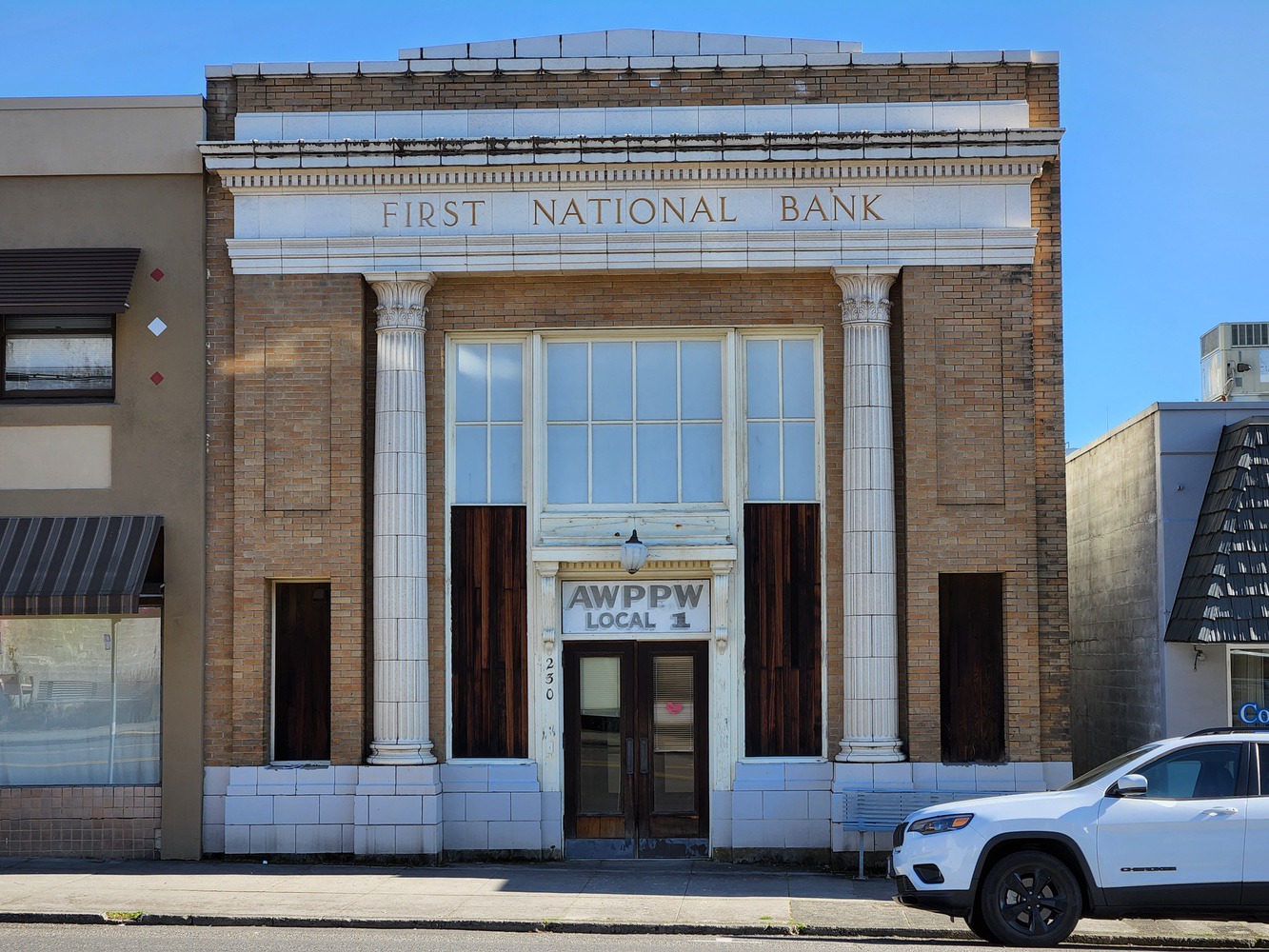 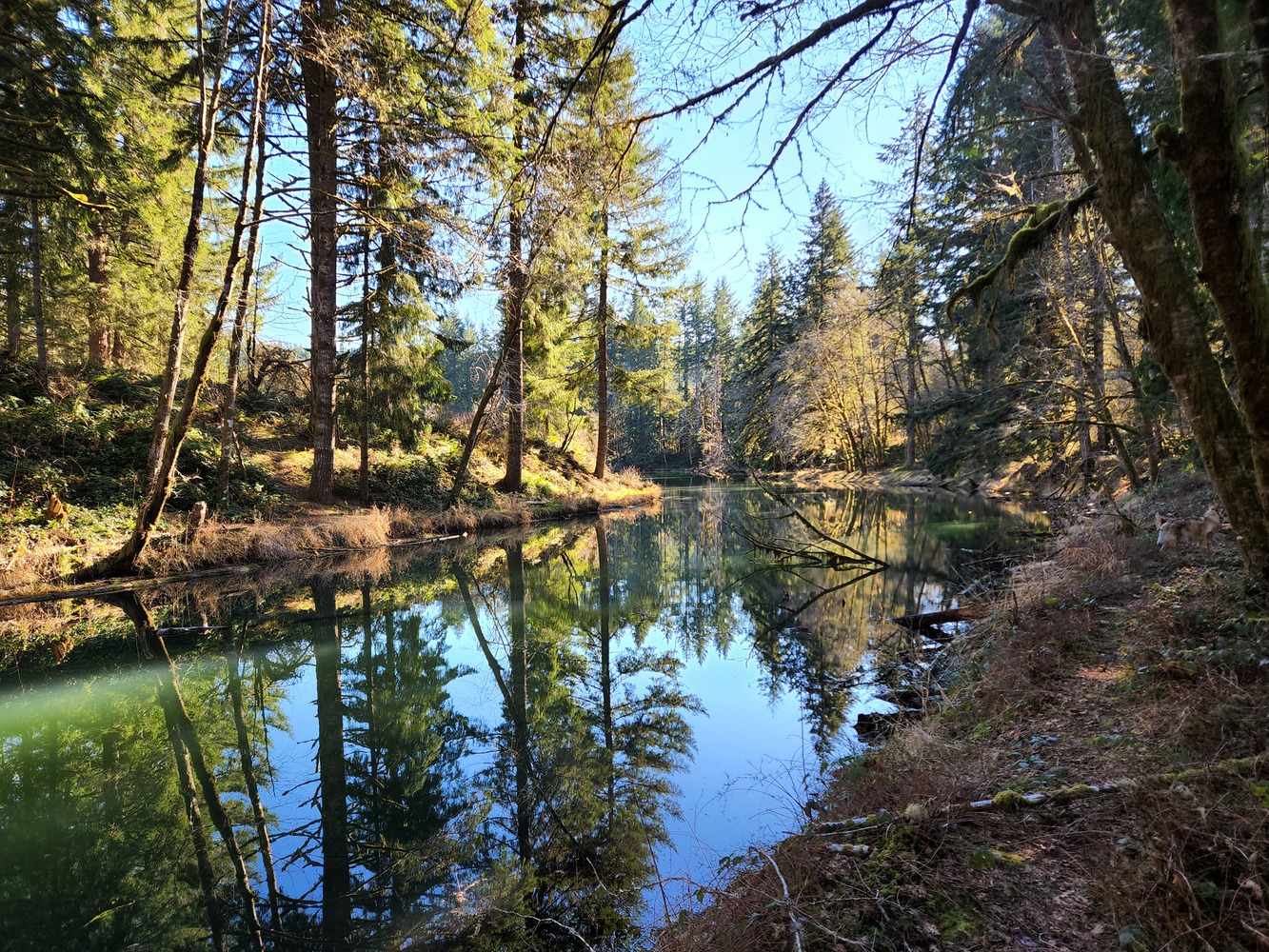 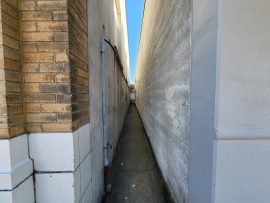 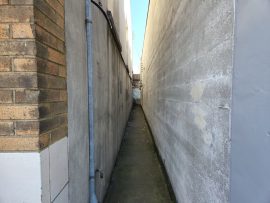 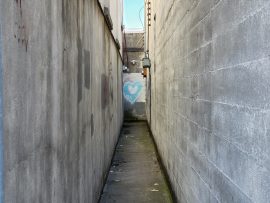 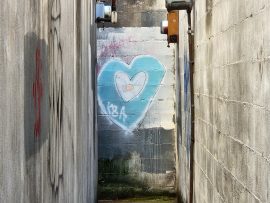 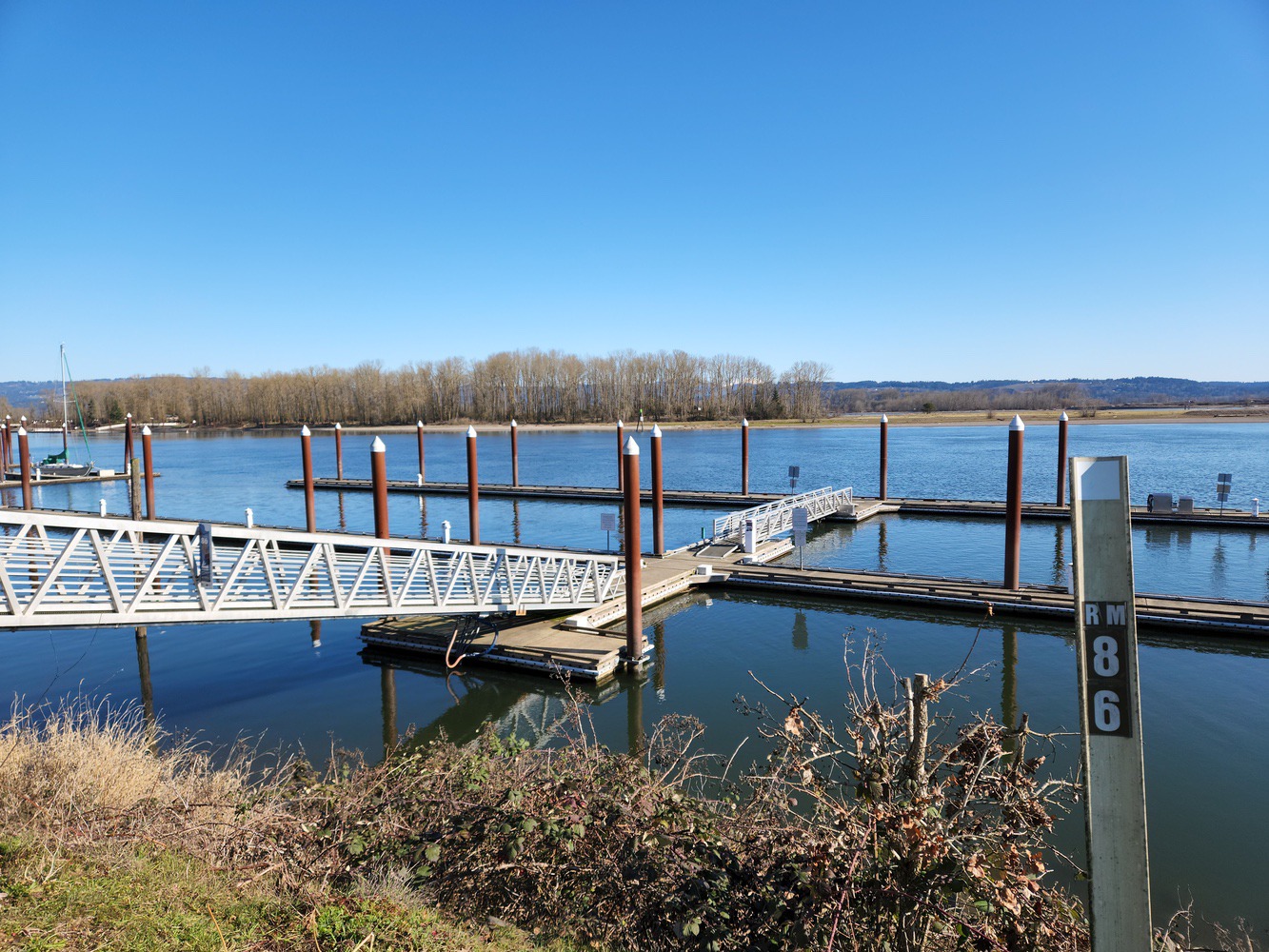 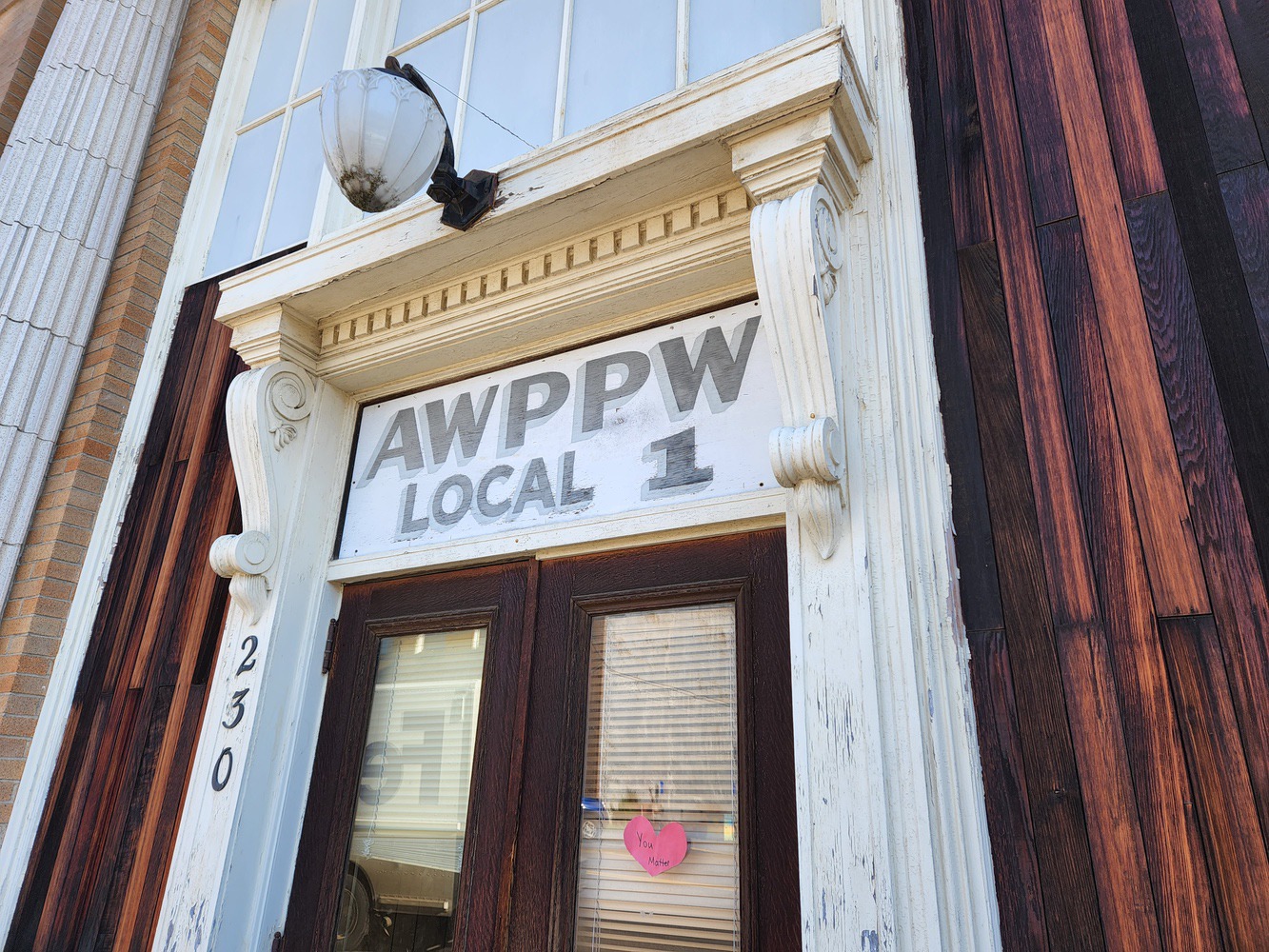 What Could Be Better

Coming in at a whopping 3,700mAh, the Galaxy S22 provides poor battery life. There’s not really any other way to put it. I used the phone as I would any other and was consistently getting to about 7-8pm and looking for a charger. I even found myself limiting usage if I knew I wouldn’t be around a charger for a little bit. That’s no way to live. A phone’s battery shouldn’t dictate what you’re doing, so in the case of the Galaxy S22, it was a pretty frustrating. 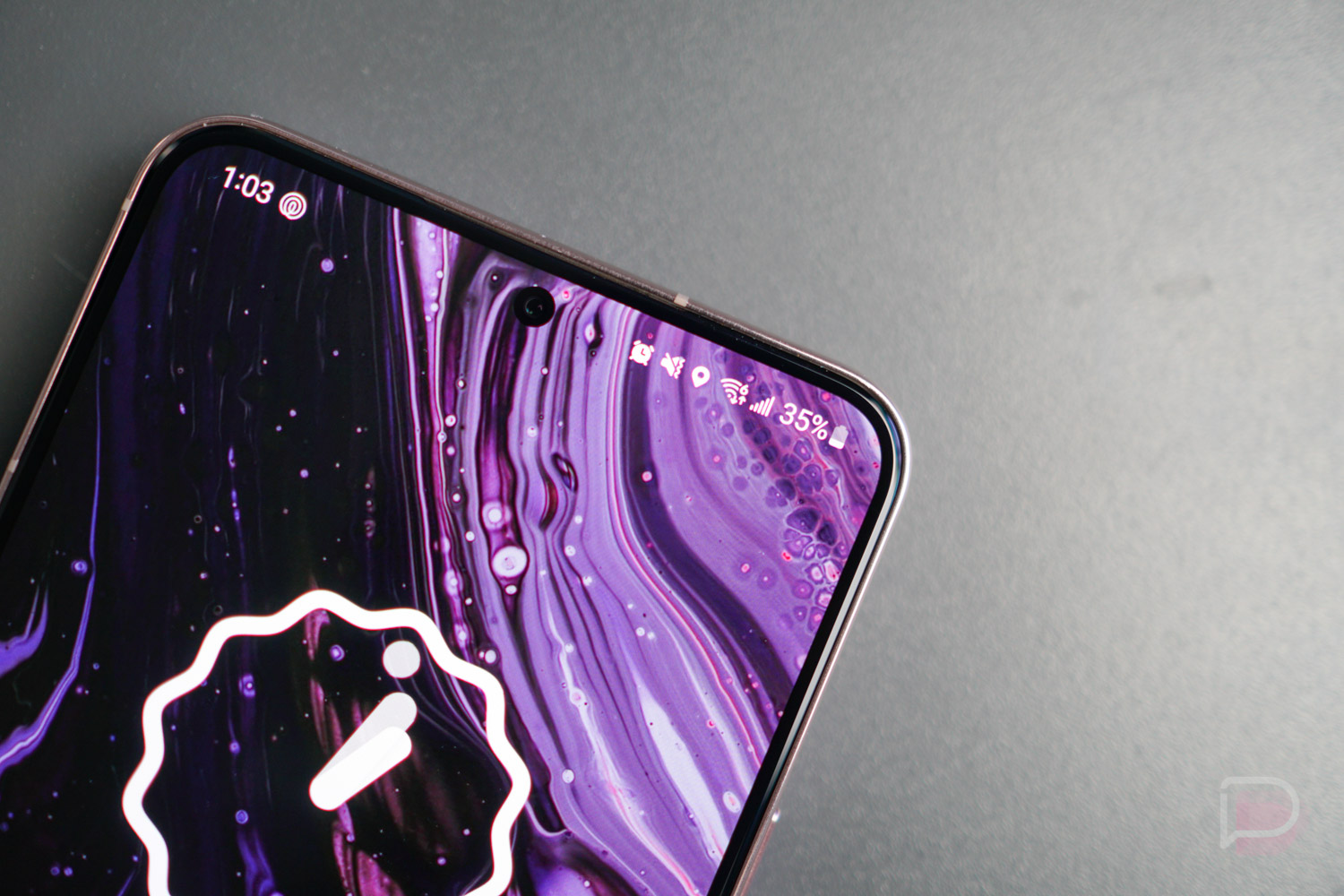 Thankfully, when you are getting low battery, plugging into a 25W+ charger can yield plenty hours of juice in about 15 to 20 minutes of charging. The phone supports up to 25W wired charging, as well as 15W wireless charging. You can even use Samsung’s Wireless PowerShare on the S22, but I’m not entirely sure that’s the best idea ever unless you’re at home and plugged into the wall. I’m not kidding, the S22’s battery will drain right before your eyes if you aren’t careful.

My typical day is 7am to 11pm, and with the Galaxy S22, I was hanging on for dear life most of the time. You’ll see that I was definitely going to town on some Candy Crush, but let’s not act as if that’s some processor-heavy game that requires a ton of computing power. The fact is, as long as the screen is on, no matter what you’re doing on the phone, the battery is going to drain quickly. 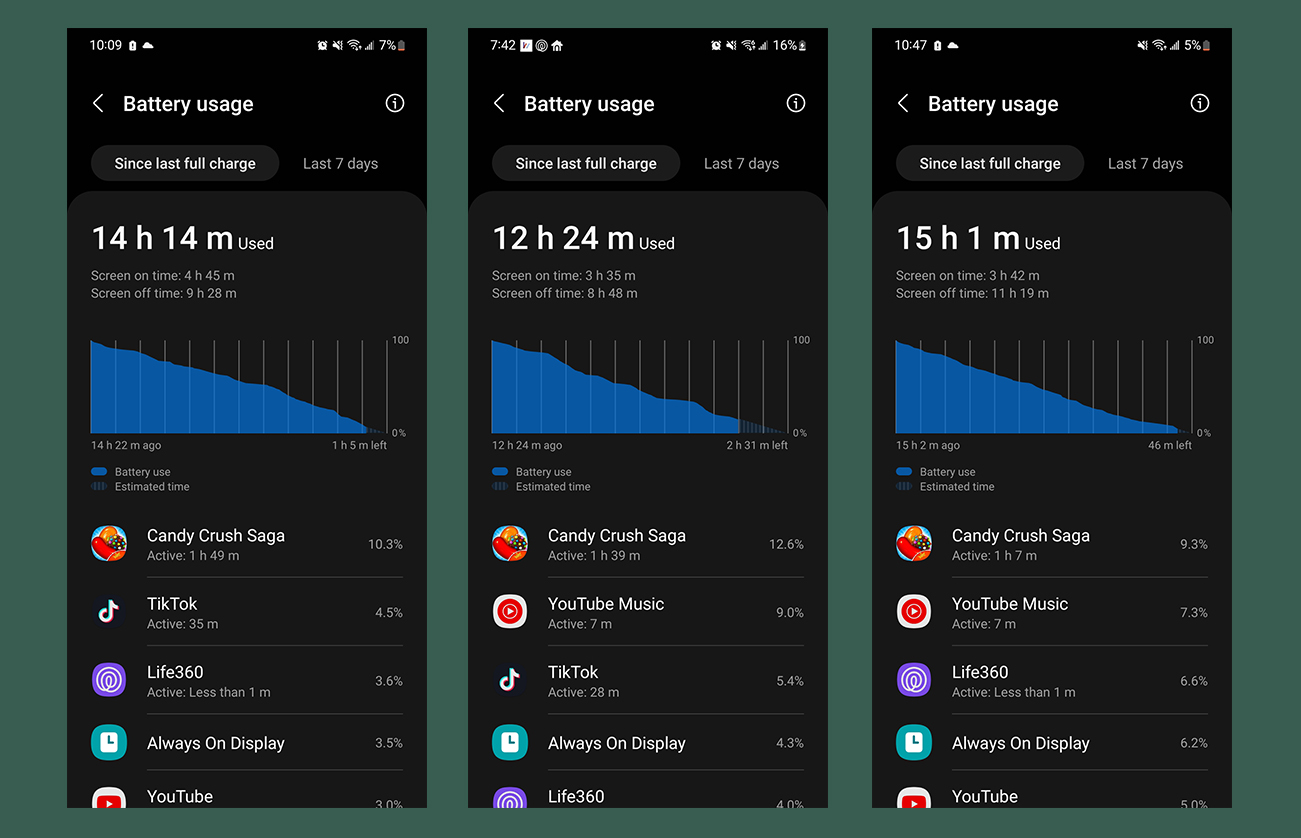 I debated including this, but here we go anyway. It could be something with my own network, but I’m confident I ruled that out, as testing with a Galaxy S21 Ultra and Pixel 6 didn’t yield the same results. A few mornings I would wake up and the Galaxy S22 had been disconnected from my WiFi network, with the settings stating that the phone would reconnect when the signal was strong enough. I would then toggle WiFi off and back on and everything would behave normally. Kellen has a theory that it may have to do with the hand-off between the 2.4GHz and 5GHz frequencies, but I can’t confirm that either. All I know is, no one phone I’ve used does this and I can confirm that where it happens, in my bedroom, has great WiFi signal. So maybe it’s me or maybe it’s the phone, but that’s been my life for the past two weeks.

Galaxy S22 starts at $799 for the base model. If you want more internal storage with a bump up to 256GB, it’ll cost you extra, that is unless you took advantage of Samsung’s pre-order offer that gave everyone a free storage upgrade. Given this is a Samsung flagship device, you’ll find it for sale everywhere. You’ll be able to purchase it on all the major carriers and you’ll find it on shelves at all of your favorite tech retailers.

Do I think it’s worth $799? It’s pretty darn close, but the battery size is surely concerning. Everything else is perfect. However, there is the Galaxy S21 FE to consider, priced at $699. It’s a very similar device, but will lack that premium feel in-hand. It’s worth it to compare the two before you take the plunge. 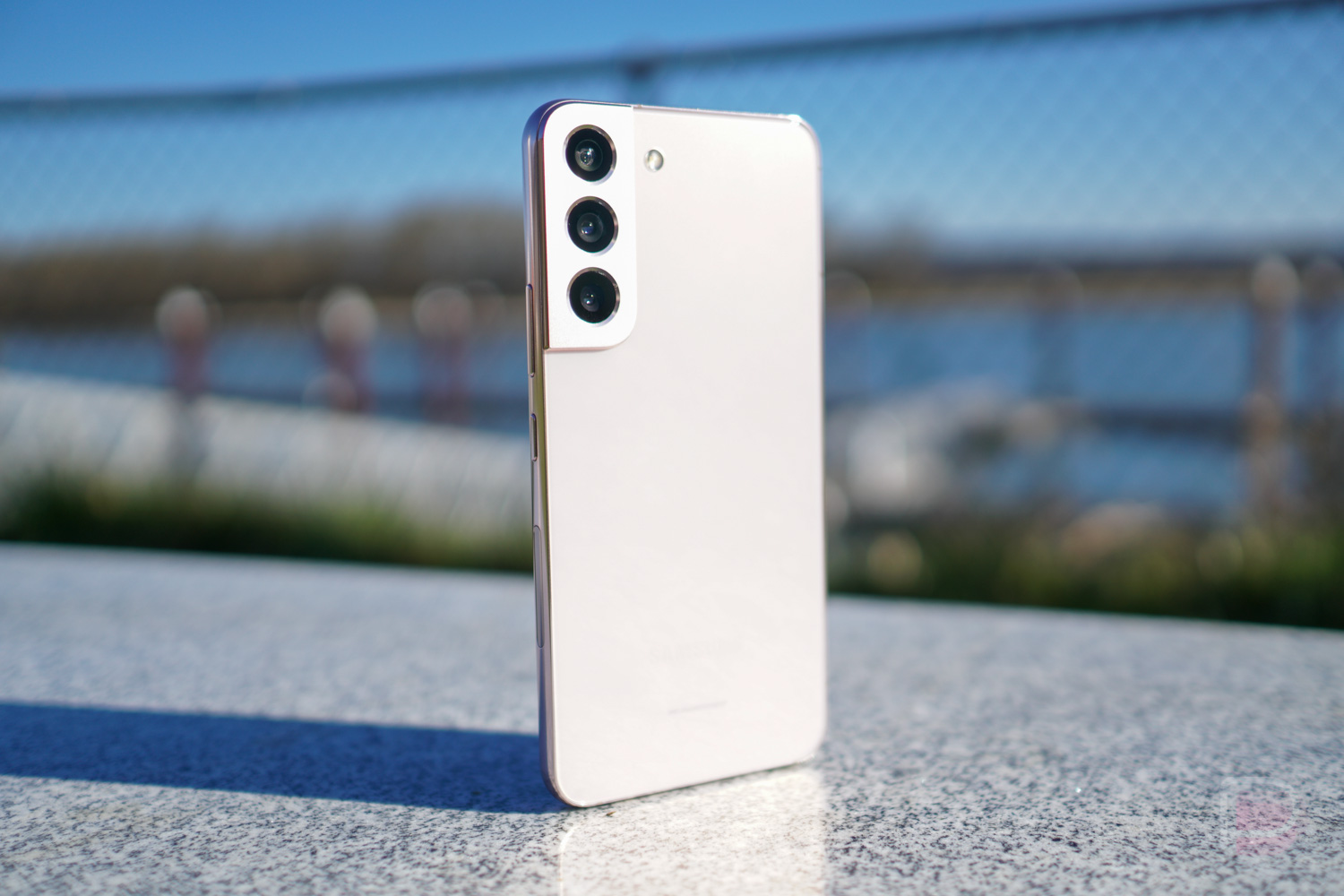 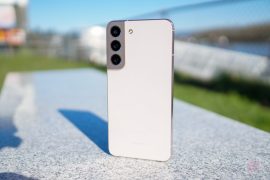 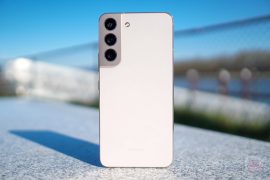 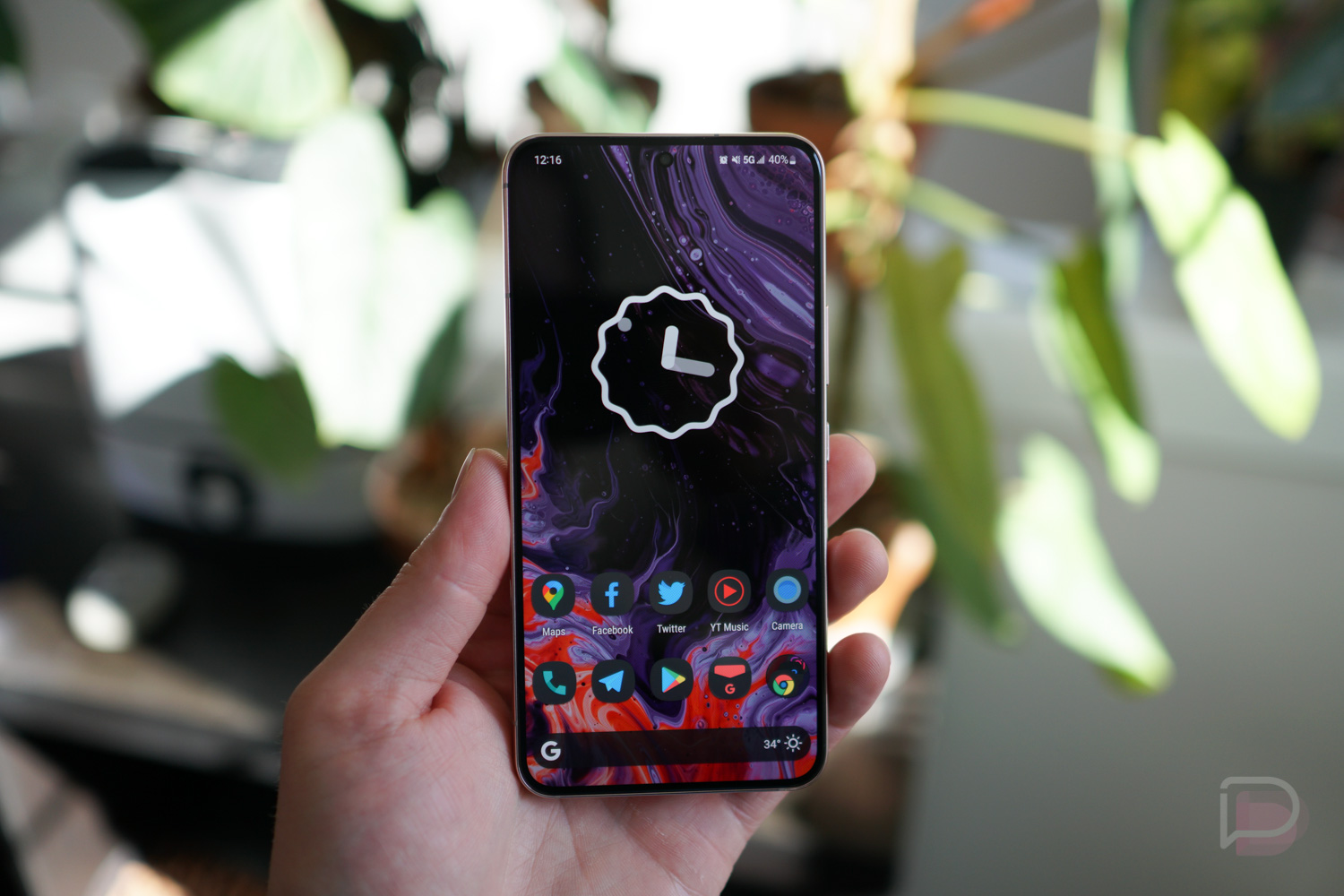 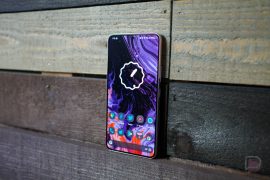 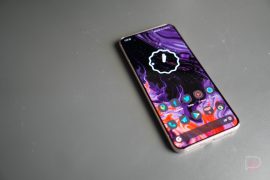 10 First Things to Do

If it’s a small phone with a premium feel you’re after, it’s the Galaxy S22 you’ll want. No doubt in my mind. The thing is, you need to know what you’re getting yourself into, and for many, that could be an additional trip to the charger after work before you hit the town or go out for dinner. The battery life simply isn’t good enough to keep up with the sort of demand many need from their smartphone these days. If you’re an avid mobile gamer or constantly on social media, this phone is going to struggle to provide you with a full day of juice. In 2022, that has to be labeled as unacceptable.

If you’re fine with the added stop at the wall outlet, it’s a really fun phone. The size is so awesome, plus the camera system is more than enough to snap great shots. If we rated phones out of 10, which we don’t, I’d give it a 7. If it had a good battery? Easily a 9.5 phone right here. That’s how much I like it. I’m now trying to get my hands on a Galaxy S22+, as that phone may be the sweet spot of great hardware and battery size. Wish me luck.