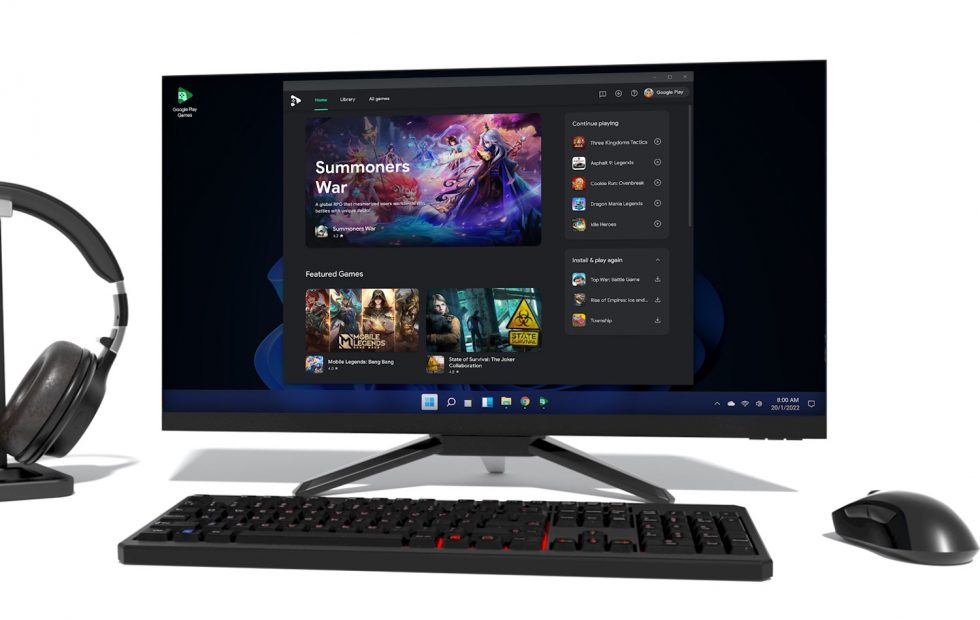 Late last year, Google announced Google Play Games for the PC platform, allowing gamers to enjoy their favorite mobile titles on their desktop and laptop computers. This week, Google has launched a beta for this, but sadly, it’s not for users in the US.

The beta is currently limited to PC users in Taiwan, South Korea, and Hong Kong. We have no word on when US gamers can expect to test this out for themselves, but we would at least hope for a global launch before or around Google I/O time later this year.

As detailed by Google, you can expect a very refined experience. So long as the app is supported, you’ll be able to quickly locate and download your favorite title, access cloud saves that were started from your phone and vice versa, as well as play games with a mouse and keyboard. Google also says that you’ll be able to earn Play Points for Google Play Games activity on PCs.

Follow the link below to be notified on further happenings regarding this beta.