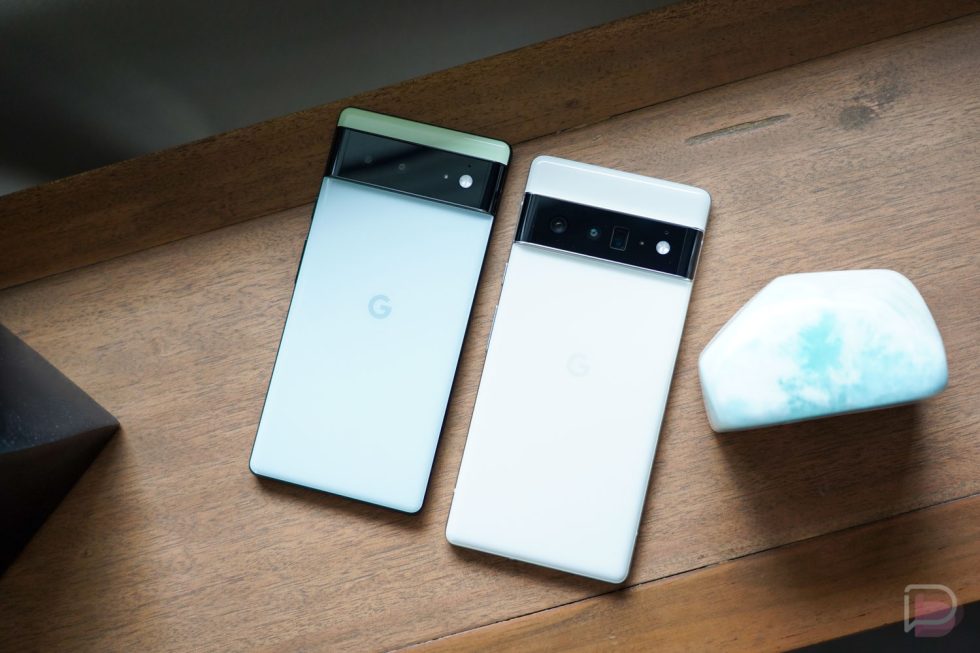 To finish out the year in one of the best possible ways, Google is issuing a new Pixel Feature Drop, with new features for all Pixel phones from the Pixel 3a up through the new Pixel 6 and Pixel 6 Pro. Some of these new goodies will be available right away with the December Android update, while others will show up over the coming weeks.

Here’s everything new coming to your Pixel phone! 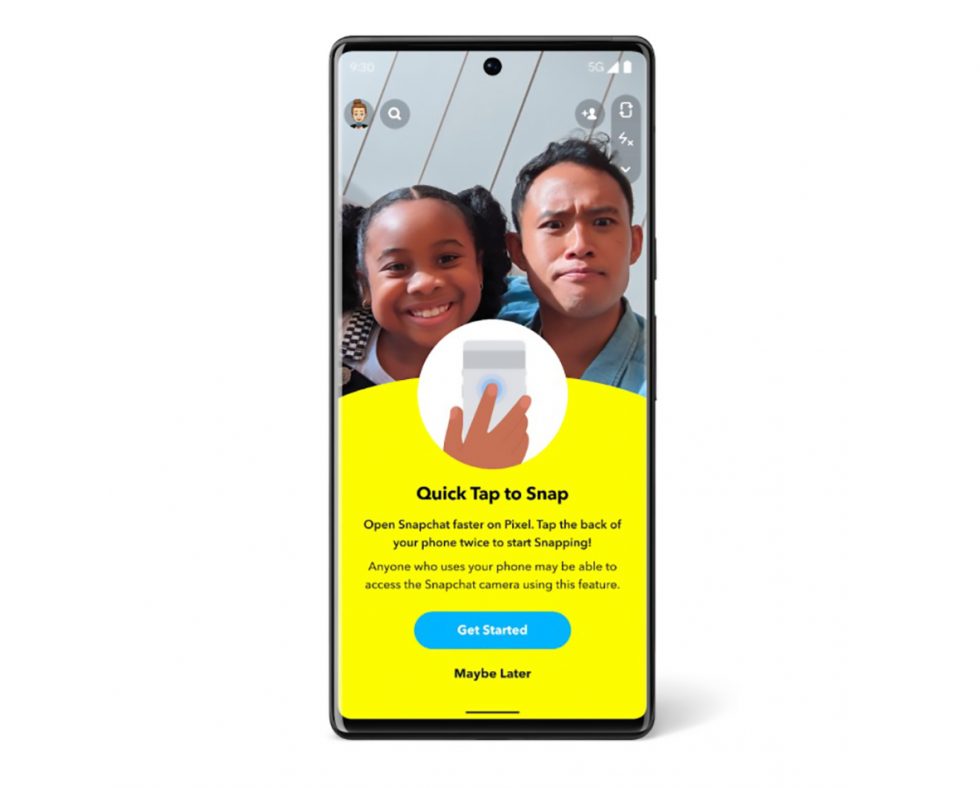 A new Quick Tap to Snap feature will let you access Snapchat directly from the lock screen. This is a part of the Quick Tap or double-tap shortcut gesture that can activate any number of actions when you double-tap the back of your phone. Google says that this specific shortcut makes Pixel phones the fastest to let you make a Snap.

You’ll find this new shortcut on the Pixel 4a 5G up through the Pixel 6. Also, later this month, a new Pixel-exclusive Lens called “Pixel Face” will be available.

The Now Playing text you see on your lock screen that identifies music playing nearby is getting a couple of much-needed, super useful features. For one, if the on-device Now Playing service can’t find the song that’s playing, you’ll see a new search button that’ll let Google use its other skills to find it. From there, if you hear a song playing and Google recognizes it, you’ll be able to tap the music note next to the song on your lock screen to save it as a favorite. 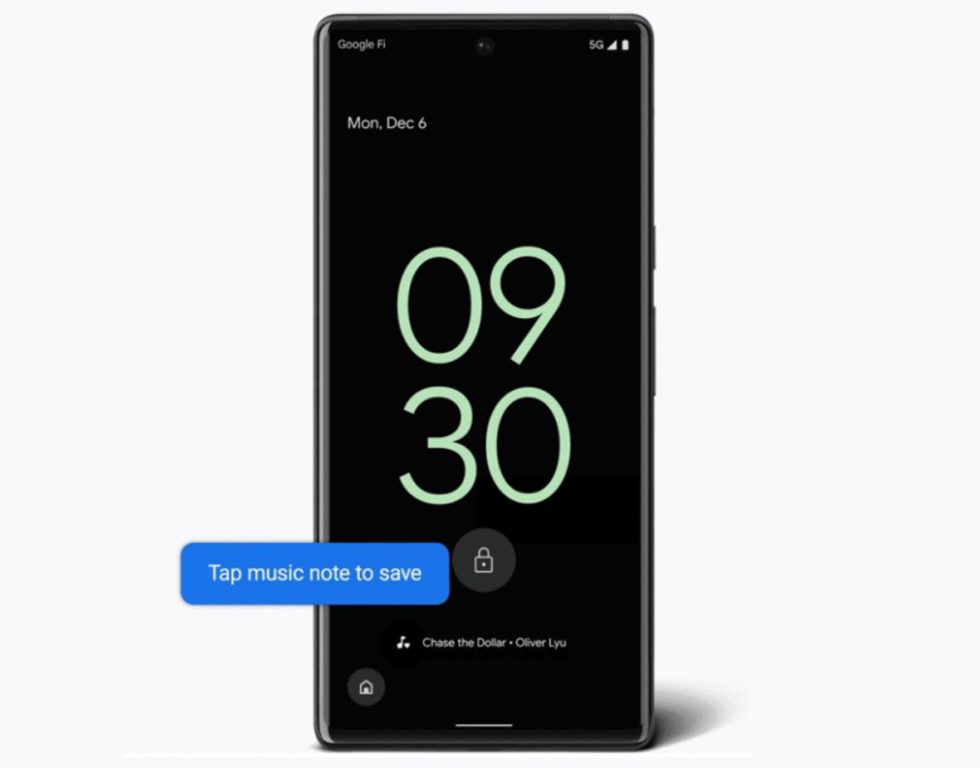 Within the Pixel Buds app, Google is adding a bass slider that ranges from -1 to +4, giving you a better bass experience that is at least more personalized to your ear. While not a full-blown equalizer, we’ll take anything.

Google is only suggesting for now that this is a feature coming to the Pixel Buds A-Series.

The Pixel 6 Pro has an ultra-wideband chip to allow it to communicate with other ultra-wideband devices that are nearby. Using this, Google is enabling file and photo sharing using their Nearby Share feature.

Google didn’t provide much else, but did say to expect more info on this functionality “at a later date.”

Here is the feature breakdown per phone: 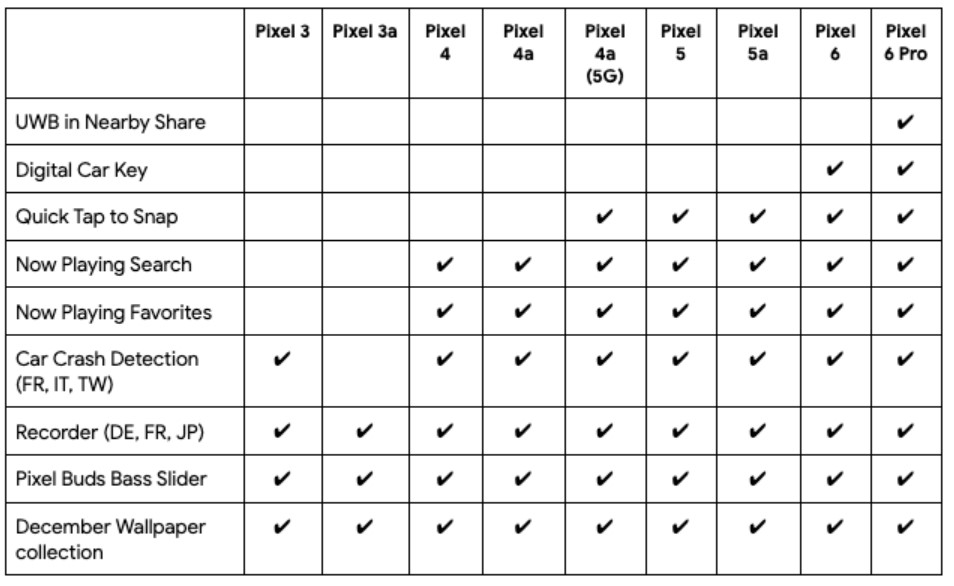 NOTE: The December Android update is rolling out starting today to the Pixel 3a up through the Pixel 5a. The Pixel 6 and Pixel 6 Pro are supposedly not getting the update until next week.