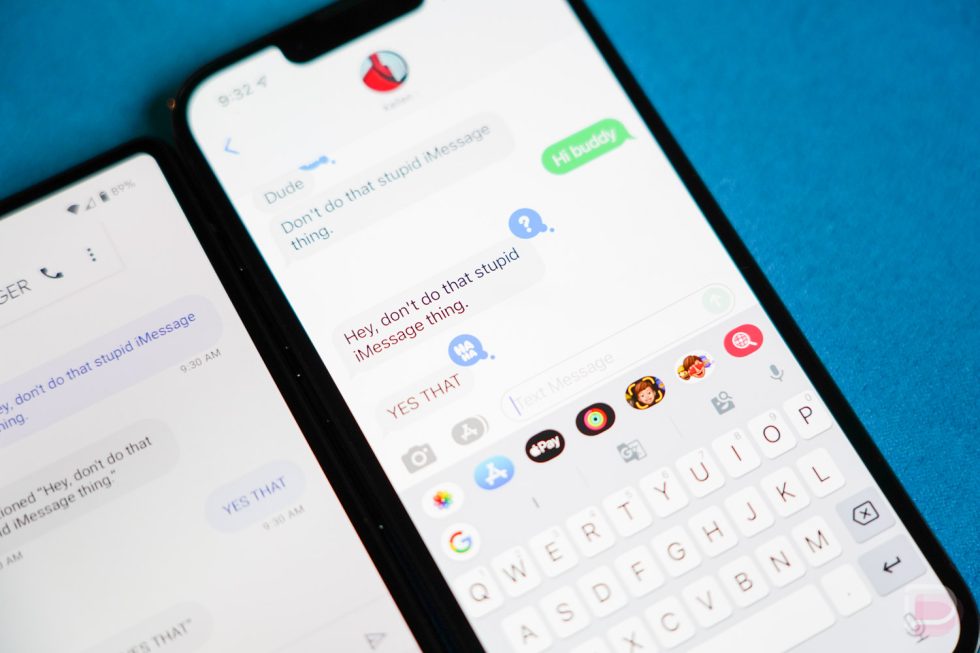 The timing of this bit of news couldn’t be more perfect. A day ago, DL’s very own Tim was on Twitter doing that complaining thing about iPhone owners responding to text messages of his with those awful reactions that show up on Android as these really annoying and long text responses. And here we are about to talk about how Google might make them less obnoxious. We’ll give Tim credit for this potential win!

After diving into a freshly released beta version of Google Messages by the crew at 9to5Google, they’ve discovered hints at a future where Google will see those iPhone reactions and try to turn them into emoji instead of the long text strings.

As an example, you can see in the image below that I’ve sent myself a message from Android to iOS and then purposely reacted from the iPhone with both a question mark and “Haha.” On my iPhone, those show up as little reactions next to messages, but on Android, they show up as a full line of  text explaining the ridiculous reaction.

It’s a terrible experience that a simple reaction or two on iMessage turned into entire text messages of “Questioned ‘Hey, don’t do that stupid iMessage thing'” and “Laughed at ‘YES THAT'” on my Pixel 6. 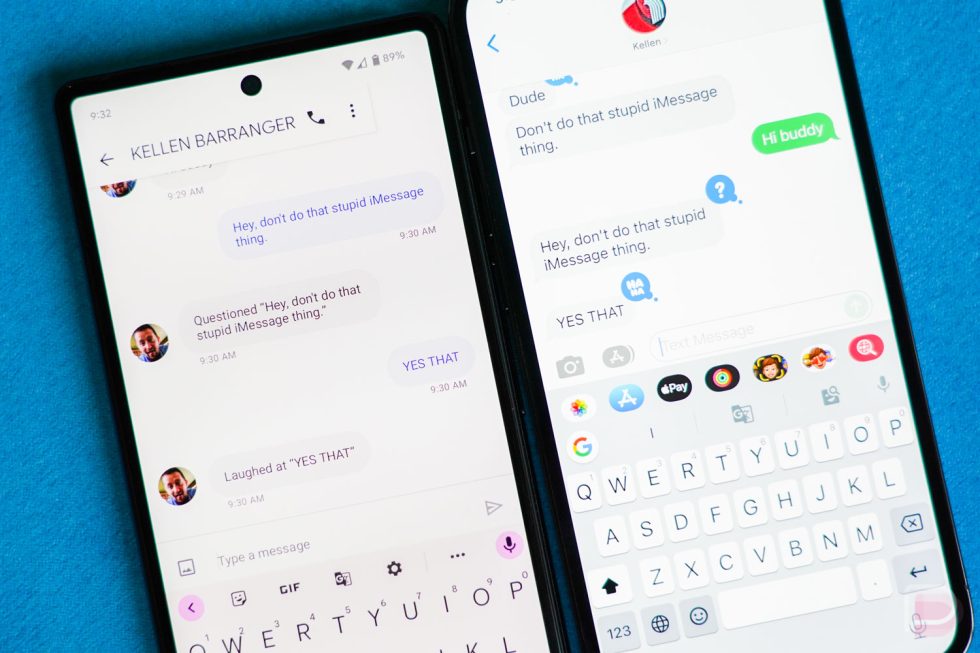 Should Google push through this feature (it’s showing behind-the-scenes in Google Messages 10.7), Google could swap in related emoji as it recognizes the text that would accompany an iMessage reaction. Maybe they’ll give me question mark and a laughing emoji in place of those examples above.

This is, of course, all Apple’s fault for being assholes about iMessage and Android and bubbles and all that, so yeah, we’ll take Google’s help in trying to make this all less terrible.

If this arrives, we’ll let you know.