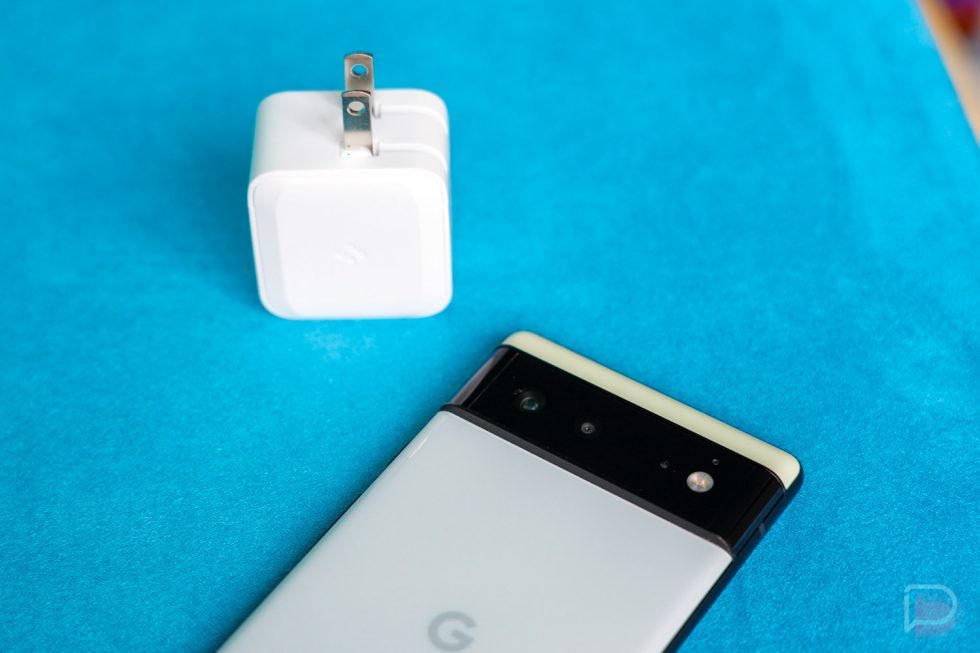 The Google Pixel 6 and Pixel 6 Pro are supposed to be the company’s fastest charging phones to date. With a specs sheet and related promo materials all touting each phone’s 30W wired capabilities, Google has finally given us devices that shouldn’t take so freakin’ long to juice back up, assuming you happen to have one of their sold-separately 30W chargers.

As it turns out, after a bit of testing, Google’s claims of 30W charging may not be accurate. Well, or maybe we all just assumed the phones were that capable, yet aren’t.

Through several rounds of testing using a number of different chargers, all of which were capable of pushing 30W speeds, the folks at Android Authority are calling 30W charging on the Pixel 6 and Pixel 6 Pro a “myth.”

They used the official 30W Google charger that launched alongside the Pixel 6, an Anker Nano II, Samsung 45W Travel Adapter, and an Elecjet X21 Pro. From none of those chargers did they ever see a full 30W of charging speeds. During tests, where both Adaptive Charging and Adaptive Battery are turned off, Google’s new Pixel 6 line basically topped out at 22W and averaged 13W for a full charge cycle. So no, the Pixel 6 and Pixel 6 Pro don’t actually charge at 30W.

That’s not all, though. 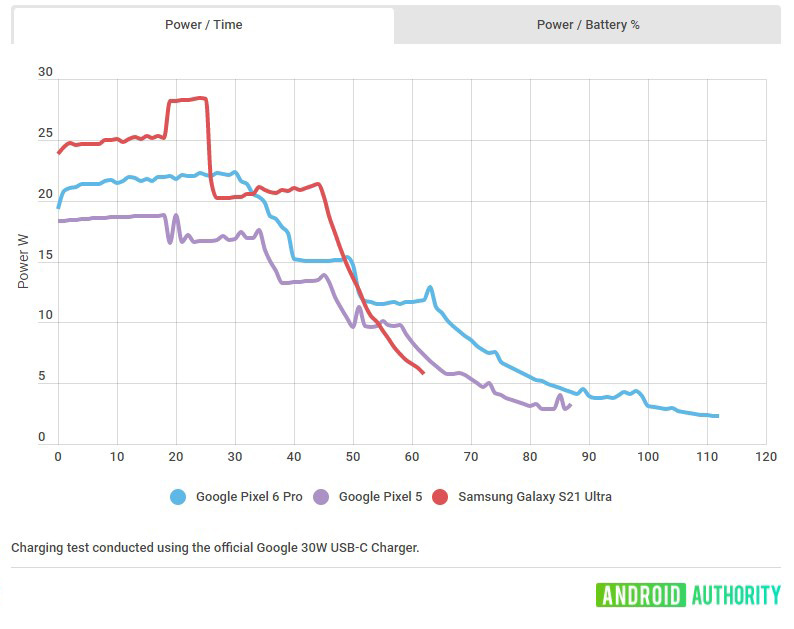 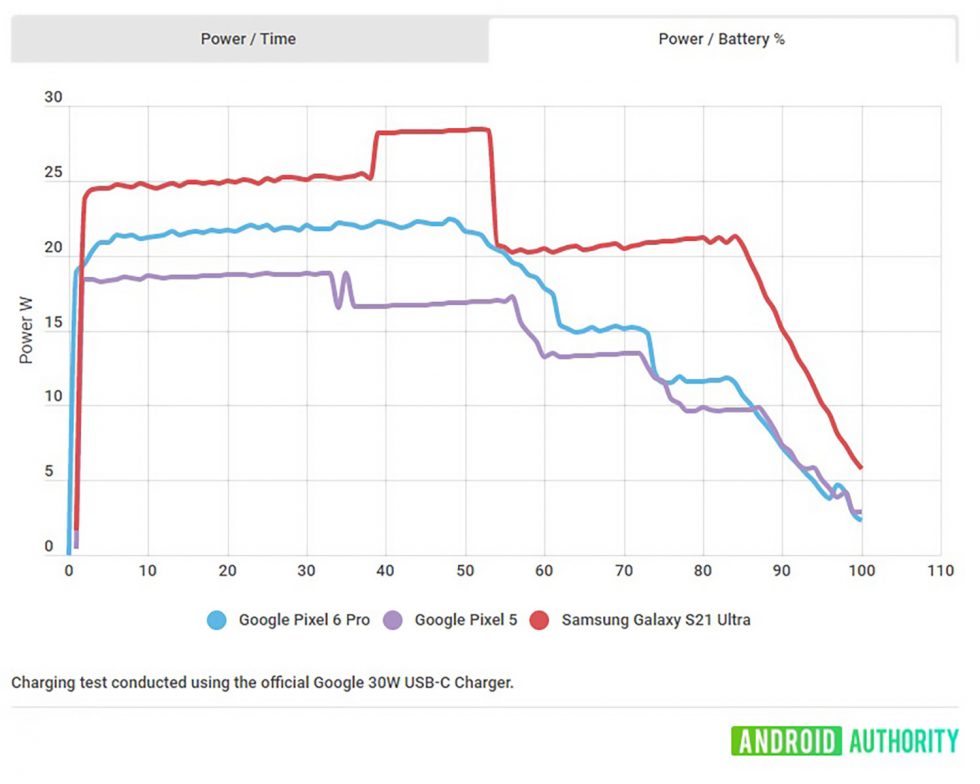 With an average of 13W during a charging session, to get a device like the Pixel 6 Pro and its 5000mAh battery back to a 100% charge, it takes roughly 111 minutes. Google has setup the Pixel 6 and Pixel 6 Pro to only charge at 22W for the first 50% or so before tapering it off. This is common, but the tapering seems to be pretty dramatic once it starts, thus the reason it takes so long to charge one of these phones.

As an example, the charts above show the Galaxy S21 Ultra sitting at between 20W and 27W until the phone reaches an 85% charge. At that point, Samsung begins tapering. To get the S21 Ultra and its 5000mAh battery to 100%, it takes around 1 hour. So Google’s Pixel 6 Pro, with the same size battery, takes almost twice as long because of the aggressive drop during a charging session after the 50% mark.

What’s the takeaway? Well, if you look close enough, you’ll see that Google doesn’t actually say anywhere that its new phones can charge at 30W. They simply callout that the Google 30W charger can be used with the phones to reach a 50% charge in about 30 minutes. These phones do just that – 50% in 30 minutes.

Sooooooo, yeah! We all pretty much assumed that Google was selling a 30W charger for their new phones because they could charge at 30W, yet here is a pretty substantial amount of evidence that they charge at a top speed of 22W. They also charge very slowly because of an aggressive taper at the 50% mark.

Google’s new phones, at least for now, are not charging champions.