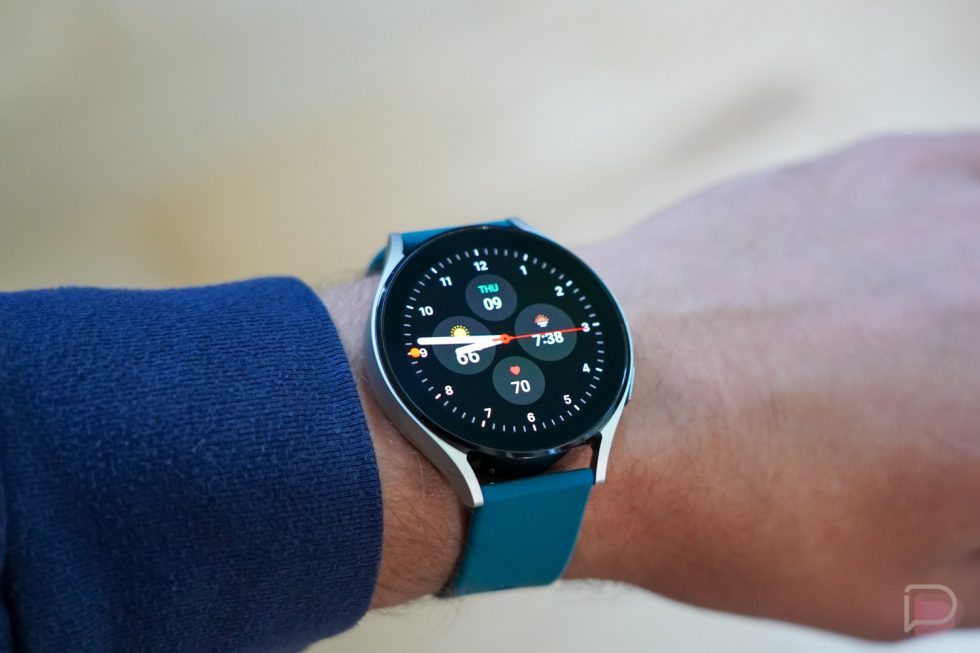 Samsung is pushing a new update to the Galaxy Watch 4 and Galaxy Watch 4 Classic. Inside, you’ll find new watch faces plus new features, and after looking at the changelog, this is a really solid upgrade for both devices.

Samsung lists four new watch faces to choose from. One of them is a new Info Brick which lets you add all of the stats you care about the most to your face. Also listed is a watch face that displays in-depth weather forecast, a basic dashboard, or even live wallpapers that are inspired by Samsung’s latest foldables.

Additionally, users you can mix and match up to four complications to display on the Animals watch face and you can now also choose a moving GIF for the My Photo+ watch face, rather than just a static photo.

Samsung is including a new hand motion gesture that can act as a shortcut to activate a chosen app or feature on the watch. By doing a simple ‘knock knock’ motion with your wrist, you can open a pre-selected app, open the list of workouts, turn on a light, or even create a new reminder.

Fall Detection sensitivity has also been added, now capable of detecting a fall even when you’re standing still. On top of that, the watches can send out an SOS notification to up to four pre-selected contacts, just in case.

Check out the complete changelog below, which also lists a new HR measurement algorithm and support mute status. The update is rolling out right now to units. Be on the lookout!