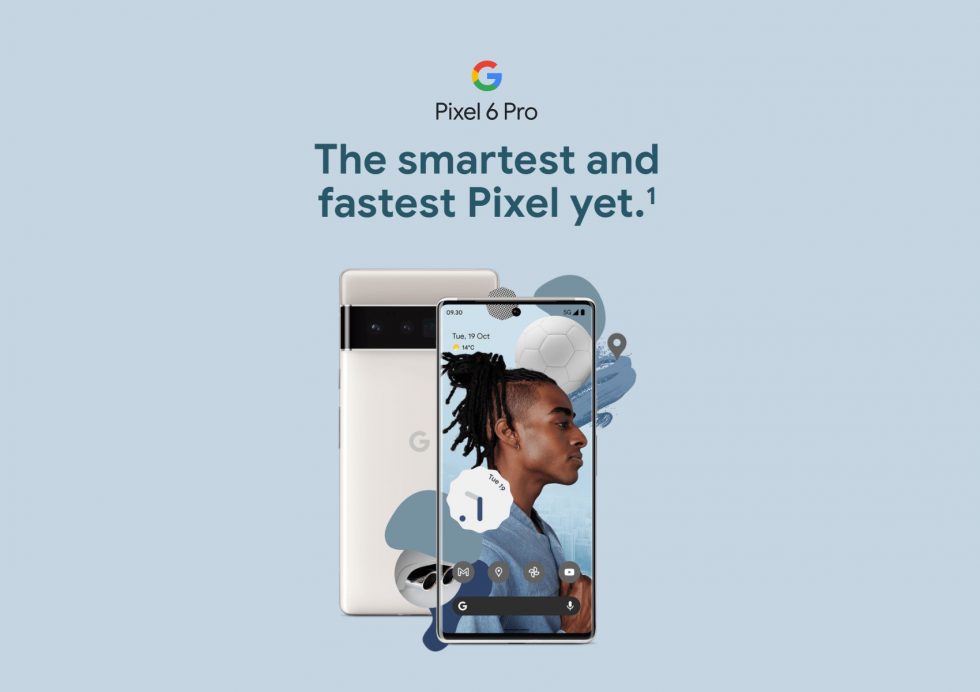 Thanks to a retailer giving up the goods earlier than I can imagine Google was hoping for, several details of the Pixel 6 and Pixel 6 Pro have now been confirmed. While we aren’t talking about a precise specs list, we certainly know several of the standout features that will be talked about on October 19, when the phones are officially revealed.

The now-in-trouble retailer is Carphone Warehouse, who appears to have posted entire marketing pages for both phones (Pixel 6, Pixel 6 Pro), that @evleaks shared with the world on Twitter. The listings are still live at the time of this post.

The focus from Google in their pitch for the Pixel 6 and Pixel 6 Pro seems to come down to four main categories: their Tensor chip and performance, the cameras, the software experience, and security. 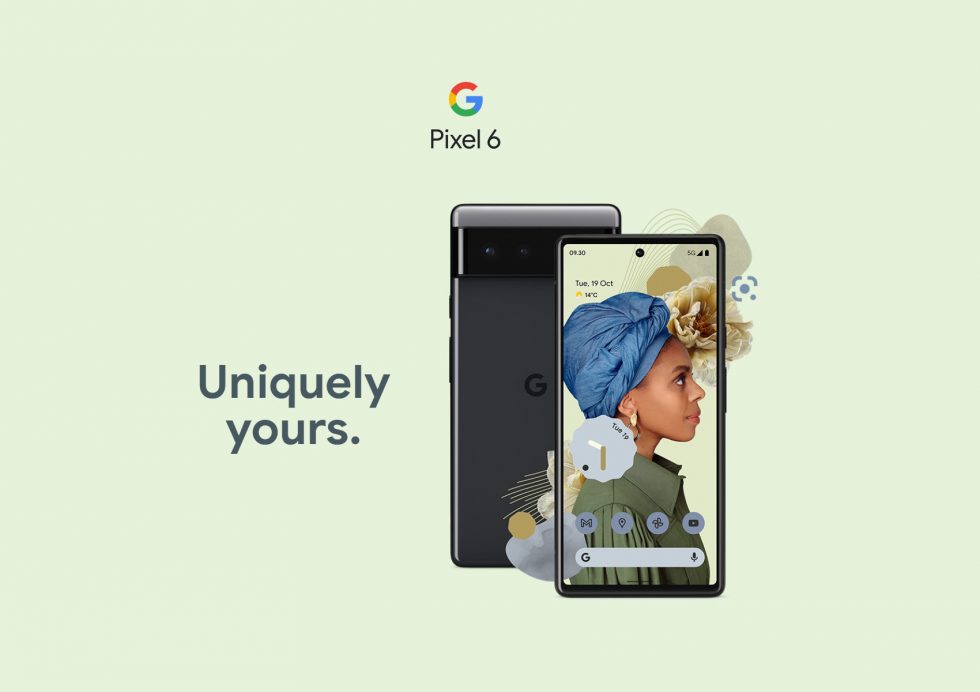 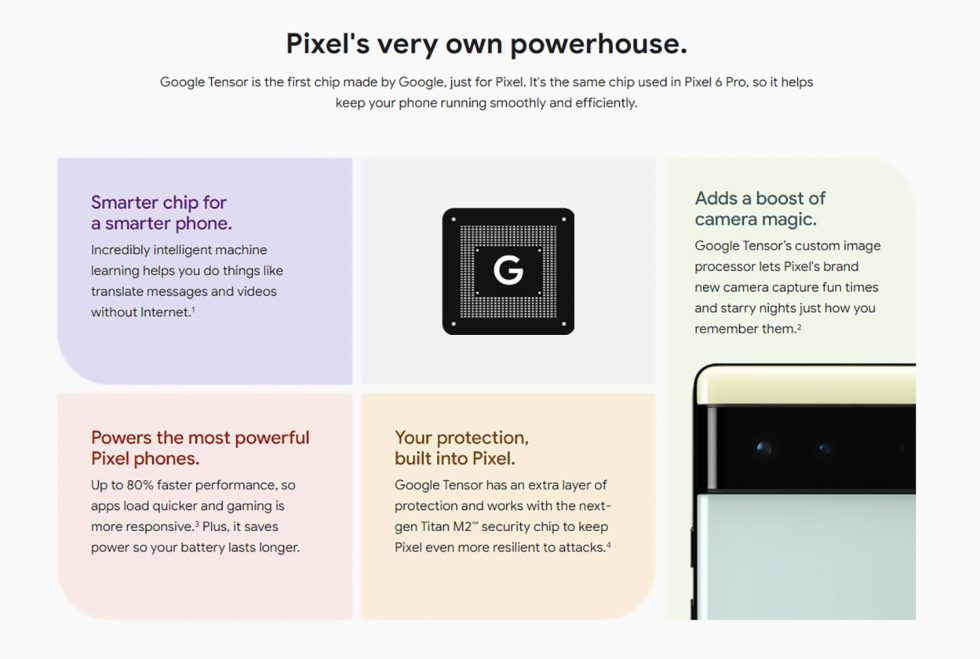 We already thought Google Tensor, the first chip from Google to power a smartphone, would be powerful, but this suggests an “up to 80% faster performance.” It also talks about the chip’s custom image processor, its power efficiency skills, the extra layer of protection with included Titan M2 chip, and all the smarts for on-device AI. Google Tensor “makes Pixel 6 Pro the smartest and fastest Pixel yet.” 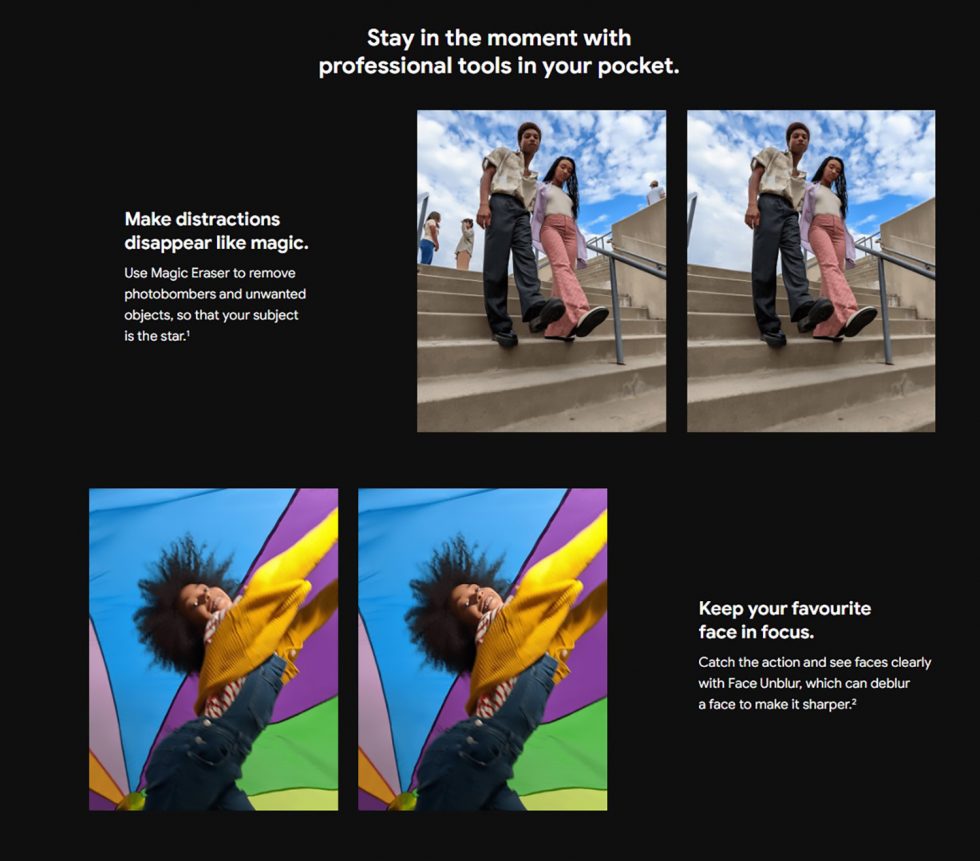 The cameras on both phones, we are already know are headlined by 50MP main wide angle and 12MP ultra-wide lenses, with the Pixel 6 Pro also getting a 48MP telephoto shooter. The details that Google is preparing to share should get you excited beyond just those specs.

According to this marketing deck, the main 50MP camera can capture 150% more light than the Pixel 5. And yes, that’s on both phones. The Pixel 6 Pro is getting an added bonus in that telephoto lens, thanks to 4x optical zoom and Super Res Zoom that zooms up to 20x.

As far as software features go, Google is going to pitch the Magic Eraser tool that’ll remove unwanted objects from your photos after the fact, Face Unblur that will “deblur a face to make it sharper,” and “authentic, accurate” portraits. The Pixel 6 Pro will have a 94-degree field-of-view on its selfie camera too, for when you want to “get everyone in the shot.” 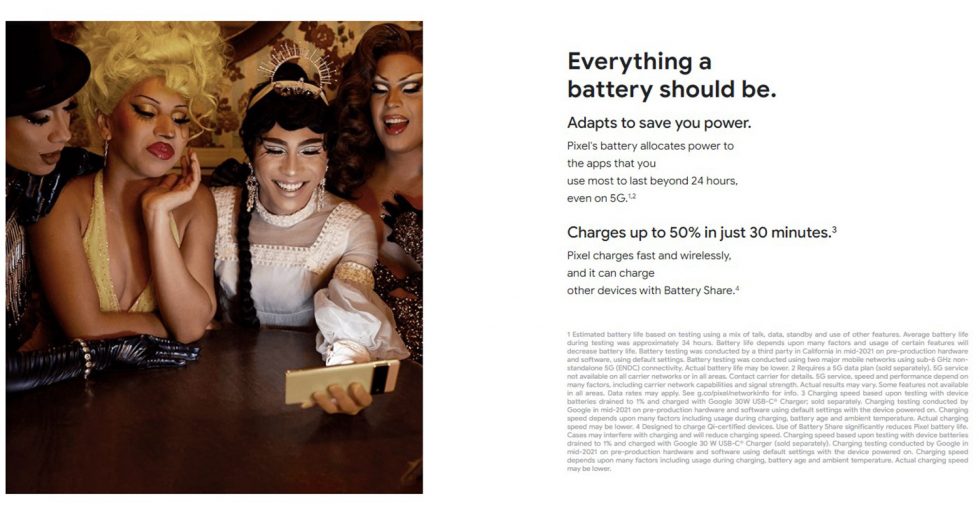 We already know the battery capacities of each phone (they are on the larger side), but these two pages confirm a couple of important features. The Pixel 6 line can indeed charge at a 30W pace, so that could lead to 50% battery in just 30 minutes. I know that doesn’t seem remarkably fast compared to other phones, but the batteries here are massive and all of Google’s other phones charged at snail paces. 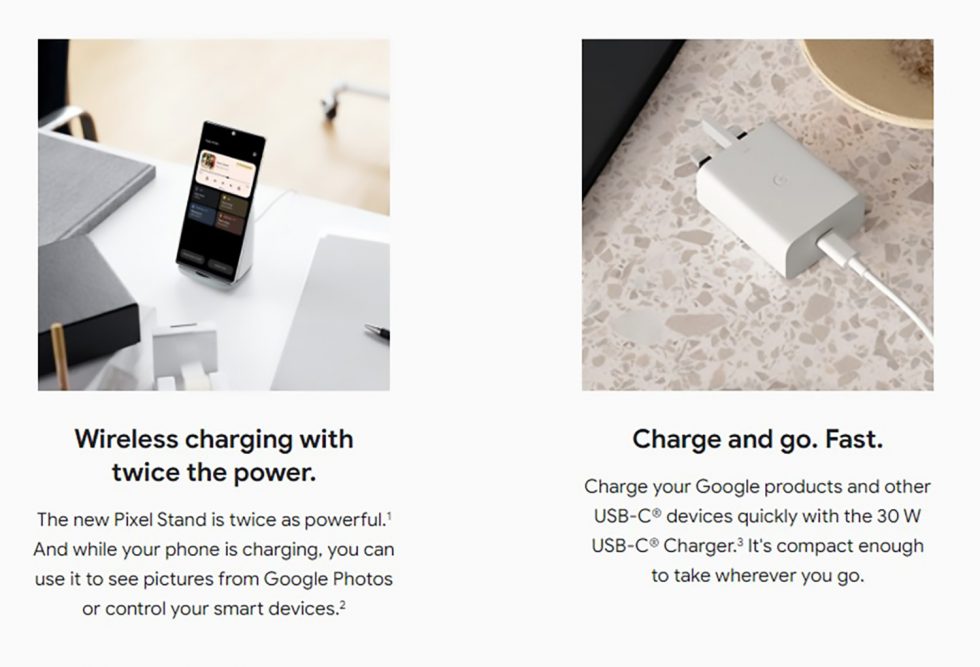 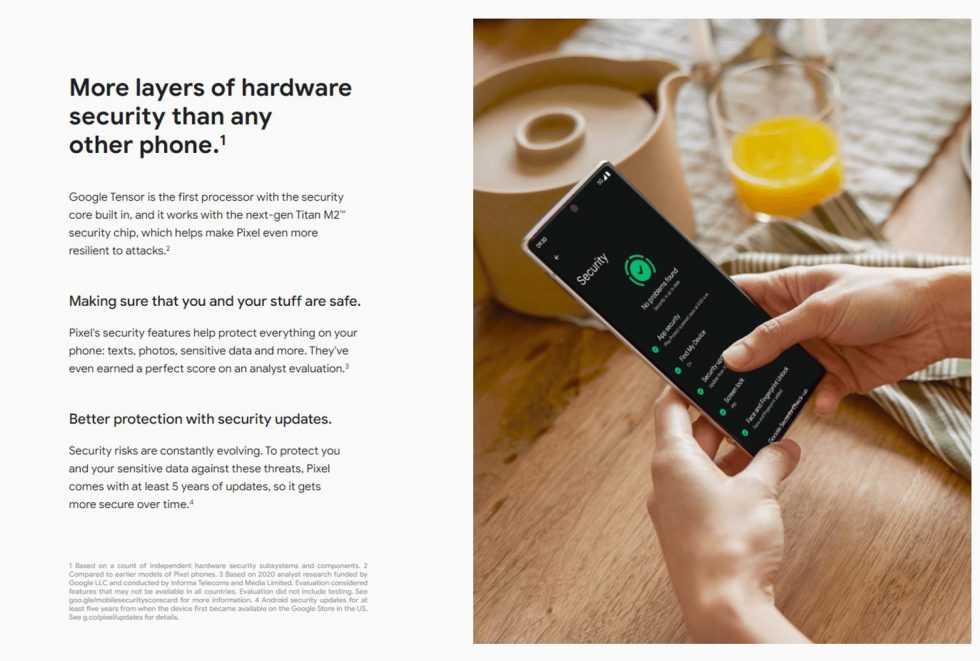 And finally, the fourth area of focus for Google will be in security. Their Google Tensor chip and the Titan M2 security chip onboard “make Pixel even more resilient to attacks.” There’s a new security hub with all the phone’s security settings in one place, controls over things like mics and cameras, and 5 years of security updates. Yes, that’s new.

A lot to dive into here. Let’s have your thoughts on this beautiful Saturday morning.