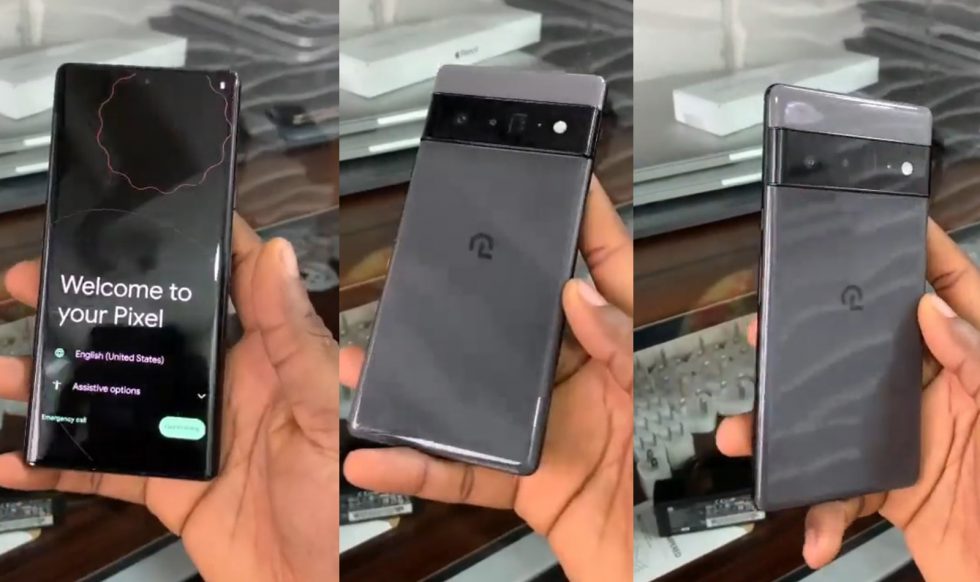 In any normal year, we would have seen a full review of Google’s upcoming Pixel 6 and Pixel 6 Pro by now. Google is the worst at keeping any of their products a secret, so the fact that we haven’t, suggests maybe they are tightening up the shop a bit with the launch of their most important phones to date.

They haven’t been perfect, though. There have been various reports on this spec or that, the typical stuff we see prior to a launch. However, today, we got what may be the first hands-on video of a prototype Pixel 6 Pro.

The video is only 8 seconds long, but it shows off a device that looks identical to the Pixel 6 Pro in black that Google has already previewed to us. You can see the various shades of grey and black, the triple rear camera bar, button placements, and the “Welcome to your Pixel” message on the front screen.

I think this may be the first hands on video leak of a Google Pixel 6 Pro.

FYI: The logo would indicate that this is likely an early production test unit, so that means there may be some differences between what you see here and the actual production device. #teampixel pic.twitter.com/4QSvdktqA7

You may be wondering what that logo is in the middle of its backside, and I get that. We assume that’s a random Google marking to acknowledge that it is a prototype. We’ve seen them use weird logos like this in the past on unreleased devices they are still working on.

As for the device itself, the clip is so short to give us much info. You can see the very curved nature of the device from front to back, including the curved display. Should this glossy finish end up in a retail unit, that could also mean a shiny, fingerprint-heavy phone at all times too. I will say that the phone doesn’t look as big as I expected it to, or maybe this cameraman has large hands.