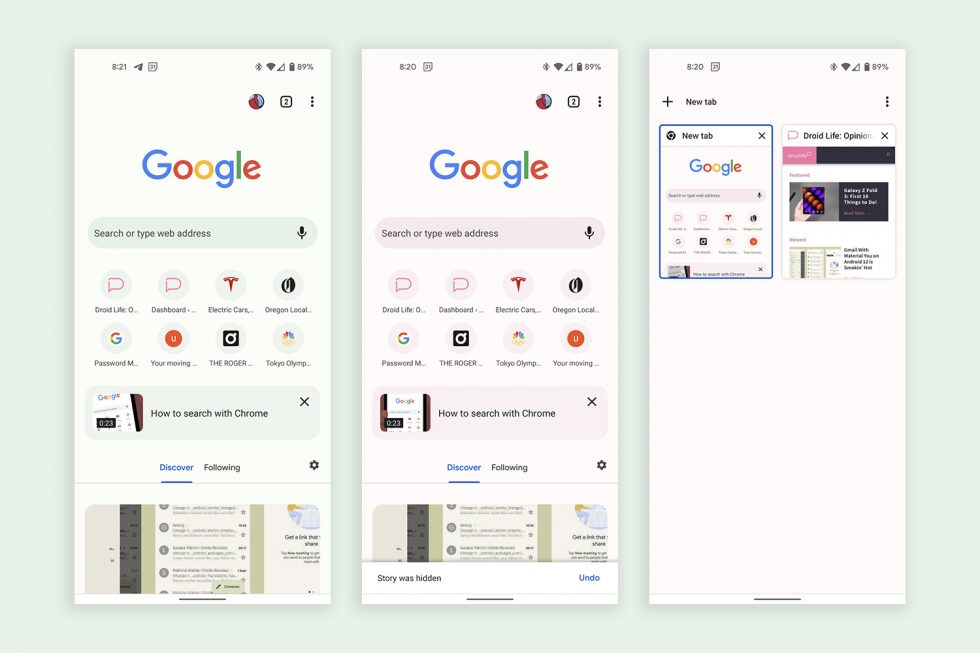 Material You is the focus of all app updates from Google it seems, with Android 12 on the way. Every time another major Google app gets an update, seeing that app take on Material You’s “personal signal” wallpaper color theming is a fun little game. Chrome Beta is the latest to adopt one of our favorite features of Android 12, just like Gmail started to do yesterday.

In a Chrome Beta update for Android that rolled out yesterday as 94.0.4606.31, we noticed it grabbing colors from the system, just as other apps on Android 12 have. In the screenshots here, while subtle, you can see it picking up pinks and greens and blues, even in dark mode.

There aren’t really any other changes to share, we just like talking about colors. That said, I don’t get the feeling that everyone is in love with this push for a personal style to apps. Not everyone was a fan of Gmail ditching its classic and expected look in favor of adopting system colors. Just another thing we’ll have to get used to I guess. Maybe it’s time for a poll on that.

What app will be next? 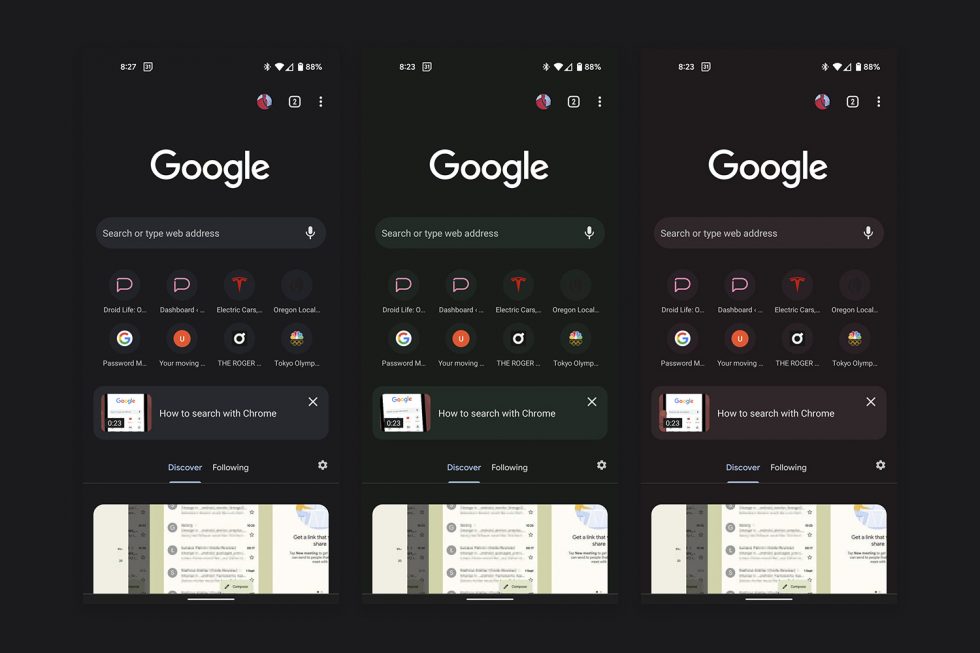