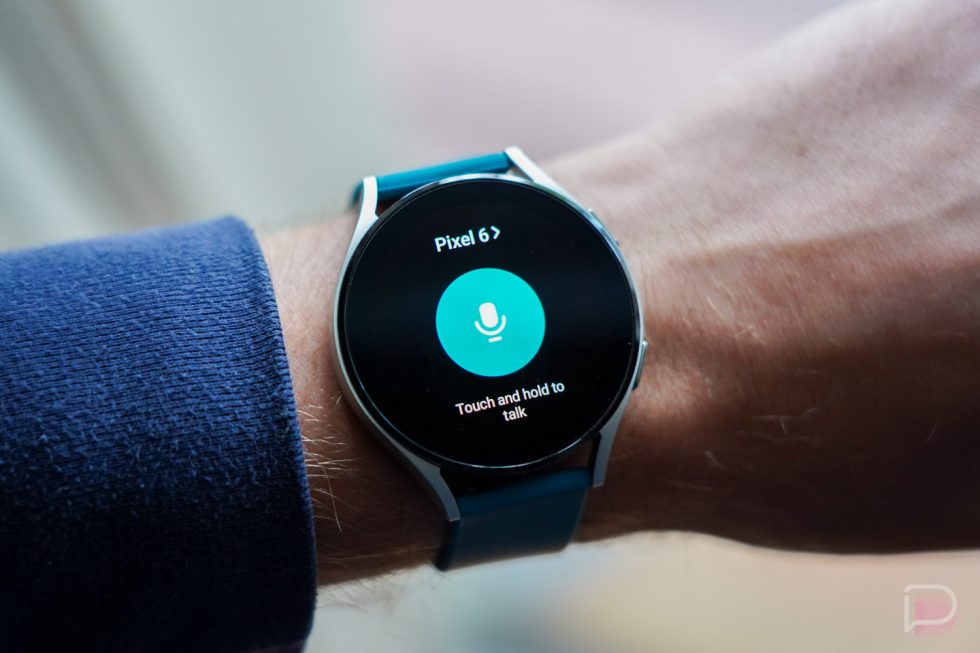 The Galaxy Watch 4 picked up a new app as a part of its launch that went somewhat unnoticed. A Walkie-Talkie app is available for those who know other folks who also own a Galaxy Watch 4, as that’s the requirement for the time being to use it.

A walkie talkie app, as you probably guessed, lets you have short audio conversations with two or more users. Unlike a traditional walkie talkie, this shouldn’t require you to be within a certain distance, and should work from wherever.

Unfortunately, the app is an exclusive to the Galaxy Watch 4 (review) and Galaxy Watch 4 Classic (review). Samsung lists it as an “exclusive Galaxy Watch app,” but it’s not available to anything other than their newest devices at this time. That sort of makes sense, since the app is pushed through Google Play as a Wear OS app. My wife’s Galaxy Watch 3 can’t access it, of course, but there also isn’t a version on Samsung’s own app store that would work on Tizen watches.

Either way, if own a Watch 4 and want to give someone an audio shout, hit that link below and then add an audio channel followed by people from your contacts list.