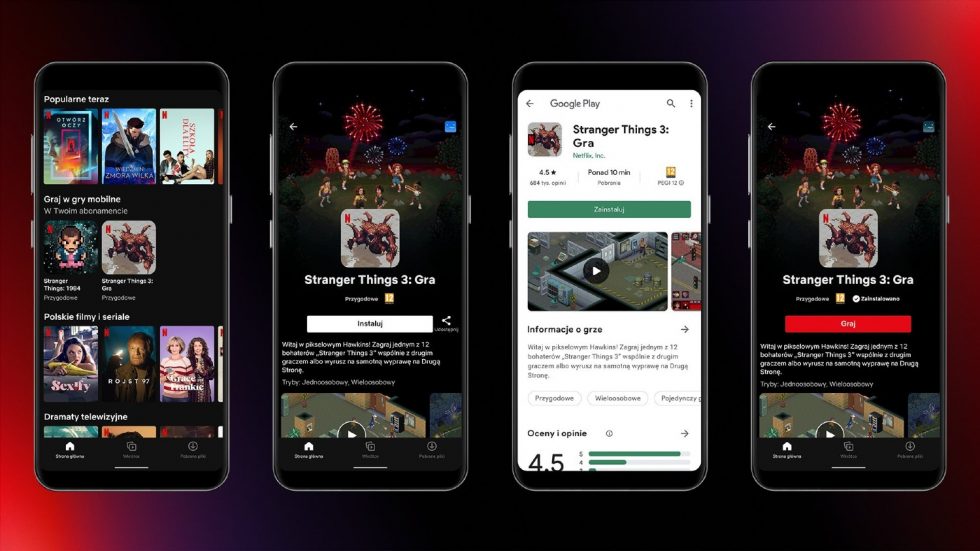 Netflix announced today that users in Poland now have access to something completely new, but if we’re being technical, it’s not really new at all. You see, last month, Netflix mentioned that it was about to get serious with mobile gaming, potentially publishing games either inside of its own app or just as a third party publisher on Google Play. Details were scarce.

This week, Polish users can now find a new section for gaming, but in actuality, it’s simply a couple of links to existing Stranger Things games, which have now mysteriously vanished from Google Play here in the US. The titles are Stranger Things: 1984 and Stranger Things 3, which previously released for users around the world, but are now gone.

According to Netflix, “Today members in Poland can try Netflix mobile gaming on Android with two games, Stranger Things: 1984 and Stranger Things 3. It’s very, very early days and we’ve got a lot of work to do in the months ahead, but this is the first step.”

As stated, this is early days, and we’re still really confused what Netflix’s game plan is. Guess we’ll just remain patient and see what the deal is as this evolves into something hopefully better.