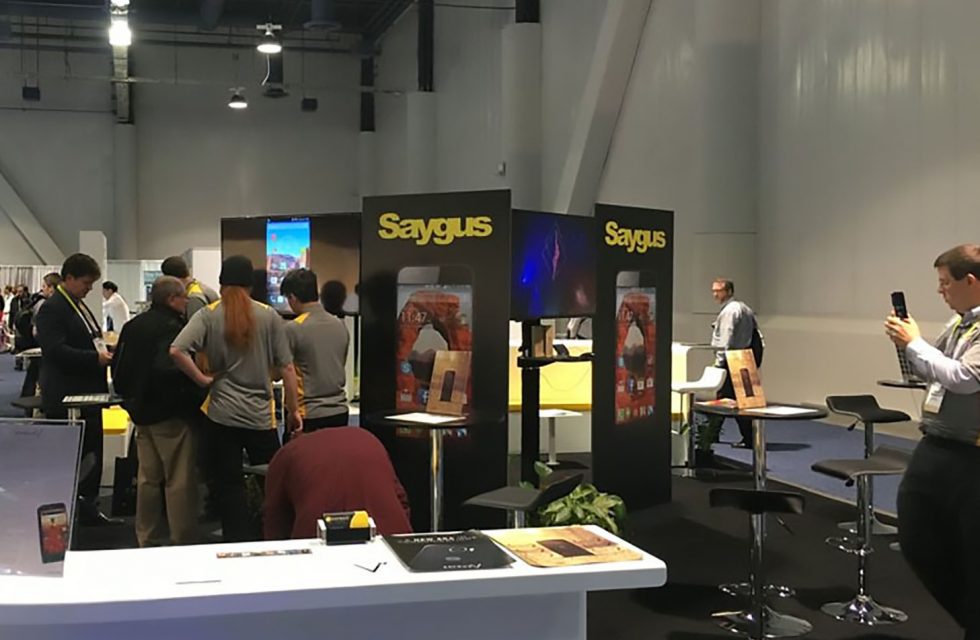 Long time readers of the site will know the name Saygus. The company who made a big splash at CES 2015 with a phone that promised the world, only to lie and delay the device for years without ever shipping it, was a punching bag around these parts as we followed and mocked the seemingly never-ending saga.

It has been a few years since we last checked in with Saygus because the story grew stale and we assumed its founders had moved on from the scheme. While they may have tried to move on, someone very important and powerful did not: the US government.

As spotted by Android Police, the US Attorney’s Office for the District of Utah has charged Saygus founder Chad Sayers with one count of Securities Fraud. A trial has been scheduled for August 30 to address the allegations.

What’s the US government alleging? They believe that between 2012 and 2020, Sayers convinced approximately 300 investors to invest around $10 million in Saygus that would lead to “imminent billion-dollar success with the launch of a revolutionary new smart phone.”

But instead of ever shipping that phone and turning everyone into billionaires, Sayers used the money to pay down his personal debt and expenses (loans, credit cards, rent, legal fees, and personal car), to repay prior investors, and to settle prior investor lawsuits. Sayers also used $2.7 million for office rent, or $42,000 per month, to pay for 25,950 square foot of office space that only had 10 employees. The US called this a “Ponzi-like” scheme.

Sayers also failed to disclose to investors that he had been trying (and failed) to raise funds for a smartphone since 2006, that Saygus had repeatedly failed to bring their phone to market by saying it was in “its final stages of production,” that they had outstanding debt obligations to investors, and that they defaulted on prior investor notes.

The US government wants $10 million from Sayers.

Hey, at least they were going to ship the Saygus V2 with a charger, right?