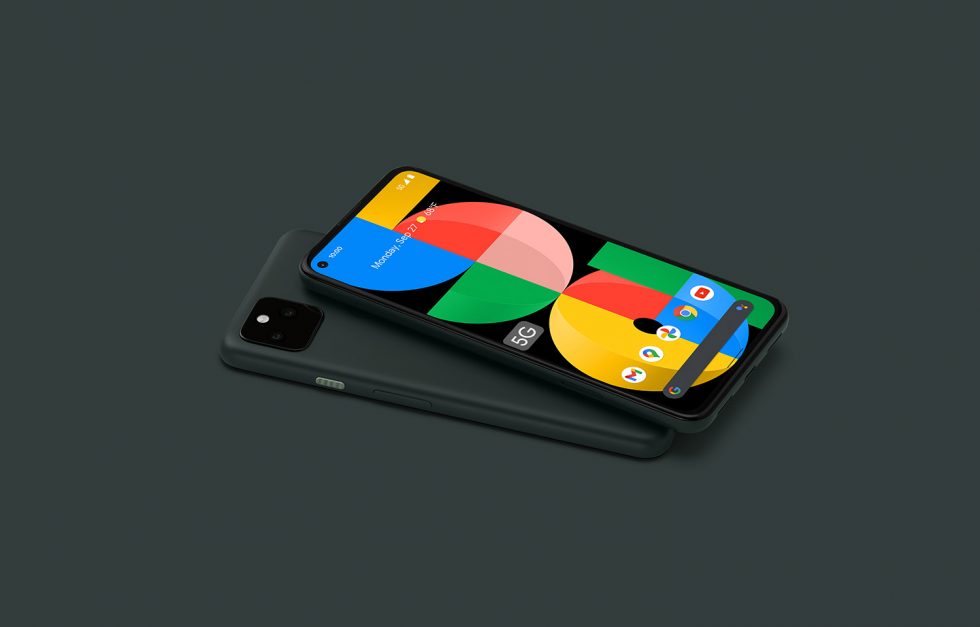 A reader recently alerted us to a discrepancy in Google’s device trade-in values on Google Fi versus the Google Store. After taking a peek ourselves, we’re left wondering, what the heck is going on here, Google?

The example the reader provided was for the new Pixel 5a 5G. They were looking to trade in a Galaxy S20+, with Google Fi offering them a credit of $290, which seems relatively low for such a new device. They then checked the Google Store, finding that Google would offer them $580. That’s a huge, massive difference, so much so that the Google Store’s offer would cover the cost of the new device so long as you can cover the initial $449 purchase and wait for your refund.

I checked this myself today and found the same. When buying a Pixel 5a 5G (or any other device) from Google Fi, the trade-in values of devices are seemingly always different from what the Google Store will give you, even when you’re buying the same device. To me, a consumer, this makes no sense when you consider Google and Google Fi are ultimately the same people. Technically separate, yes, but still the same company. 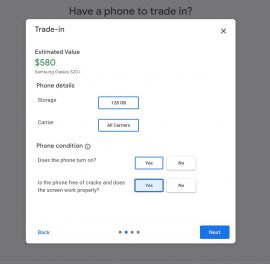 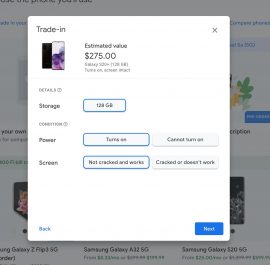 Kellen’s first thought was, “Never do a trade-in with Google Fi,” but after looking at different examples, Google Fi isn’t always the worst deal. For example, if you want to trade in a Pixel 4a 5G, Google Fi will offer you $200, while the Google Store offers $150. 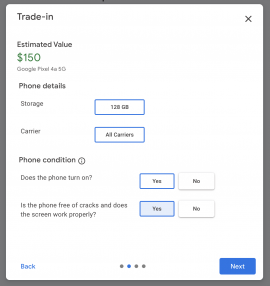 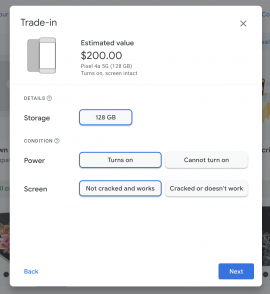 The moral of the story is, if you are on Google Fi, be sure to check both Fi and the Google Store to ensure you’re getting the best value for your trade-in device. You don’t want to leave potentially hundreds of dollars on the table when it comes to buying your next phone.