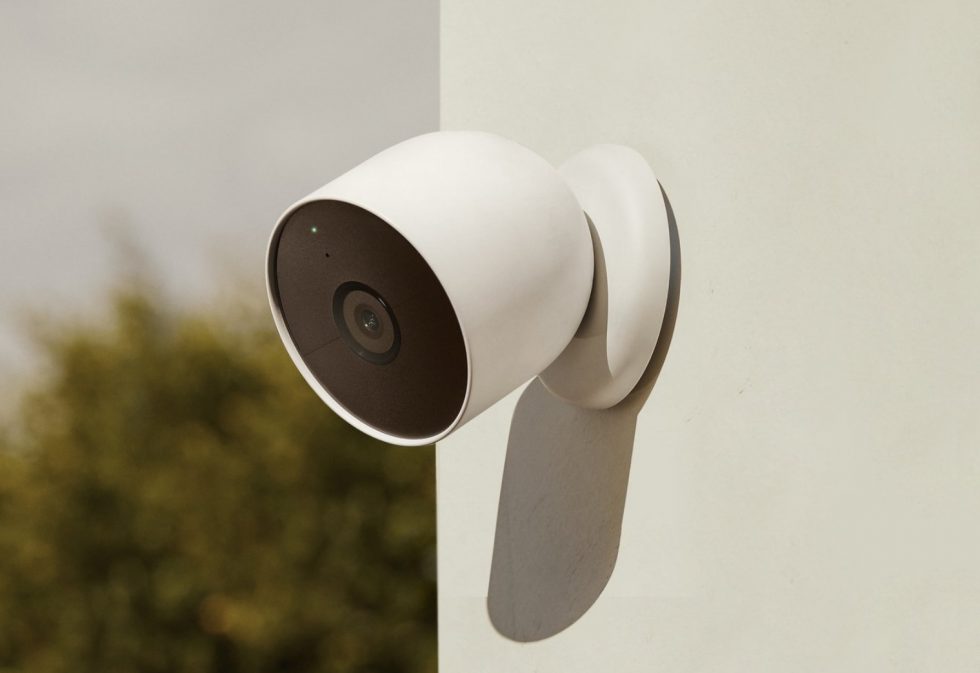 After slipping up the other day and giving us a tease of new and incoming Nest products, Google announced them all today. If you are into smart home gadgets, prepare for the Nest Cam (Battery), Nest Doorbell (Battery), Nest Cam with floodlight, and Nest Cam (wired). Two are up for pre-order today and the others are coming soon.

The biggest deal of all the new products is likely the Nest Cam (Battery), Nest’s first battery-powered security camera that lets it compete with the dozens of other wire-free options on the market. I’m not sure it’s all that competitive but at least it’s an option now.

Starting at $179.99 and in this “Snow” color (see above), Nest Cam (Battery) records 1080p video at 30fps and in HDR, and has a 130-degree field of view with 6x digital zoom. It has Night Vision, provides 3 hours of included video history, allows for two-way talk, is IP54 rated, connects over WiFi, and is powered by a 6Ah battery.

Google mentions battery life absolutely no where in any product description I can find, but they must have told select media they expect about 3 months of battery on a single charge. That’s probably not good enough in today’s market, where many companies are offering 6-month and 12-month battery life. As someone who has tested a number of cameras over the years, trust me, 3-month battery life is a pain to deal with.

The new Nest Cam (Battery) attaches to a magnetic plate, so it can be placed just about anywhere, both indoors and out. If you want to hard-wire it for power, you can. Google is even going to sell a nifty little stand to place it on when indoors.

For use, you’ll setup and view all of your video footage in the Google Home app, yet another sign that the aging Nest app is on its last legs.

You can pre-order one today with shipping expected around August 24. (Pre-order link) 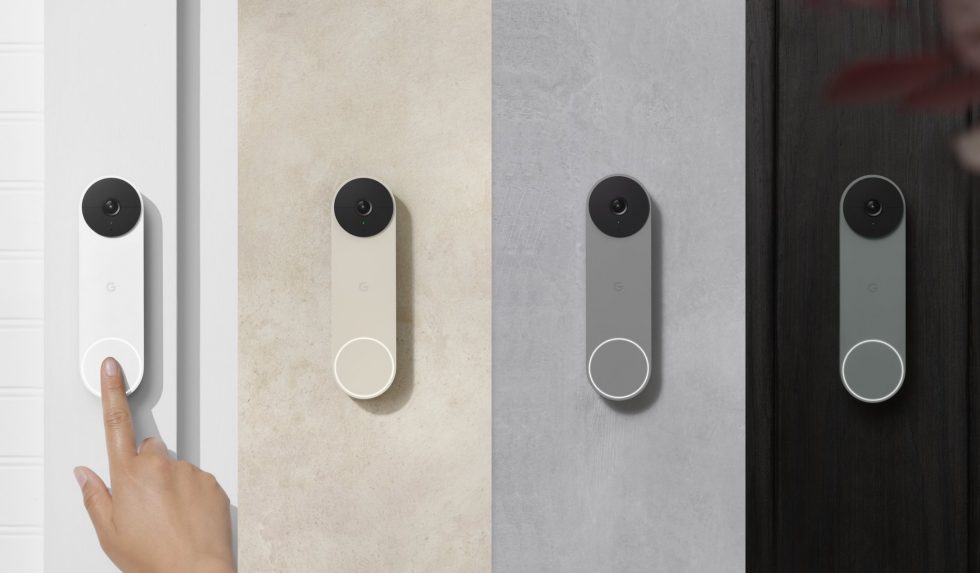 The other available-for-pre-order product today is the Nest Doorbell (Battery), a battery-powered doorbell that Google is selling as an option you can put anywhere. Just know that it can be hard-wired too, in case you like the look and don’t want to have to charge it regularly.

Like the new battery-powered Cam, it works through the Google Home app.

If you need a new doorbell, Nest Doorbell (Battery) is up for pre-order today with August 24 shipping. (Pre-order link) 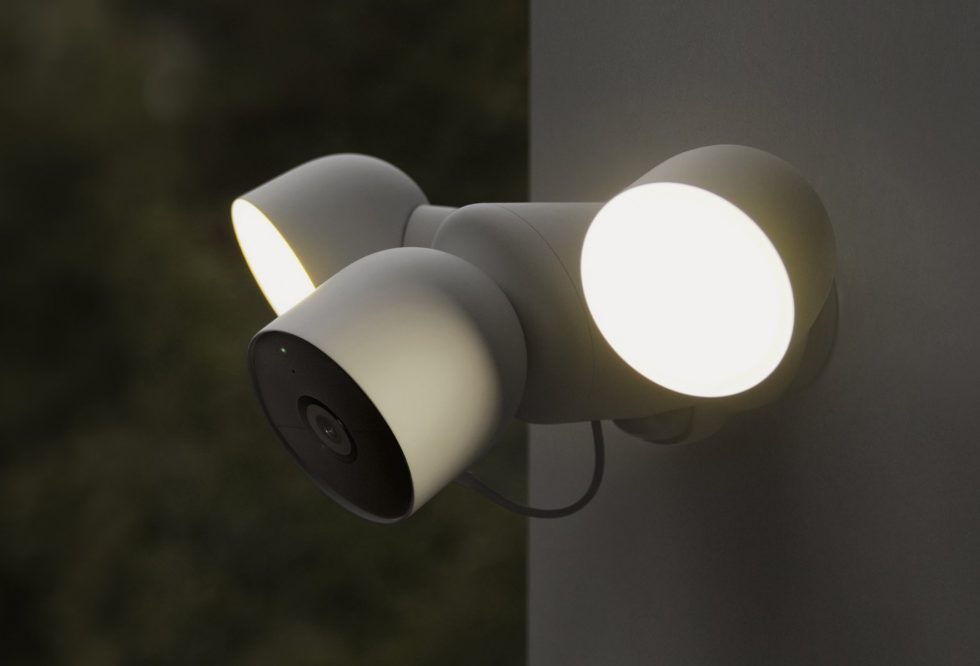 This Nest Cam with floodlight is one of two from Nest that aren’t available yet and are instead labeled as “coming soon.” As the name suggests, this is a new Nest Cam that attaches to a floodlight to give you bright lights in dark situations for better monitoring.

This floodlight-equipped camera is a wired option and costs $279.99. Again, it’s not available, even for pre-order, yet. 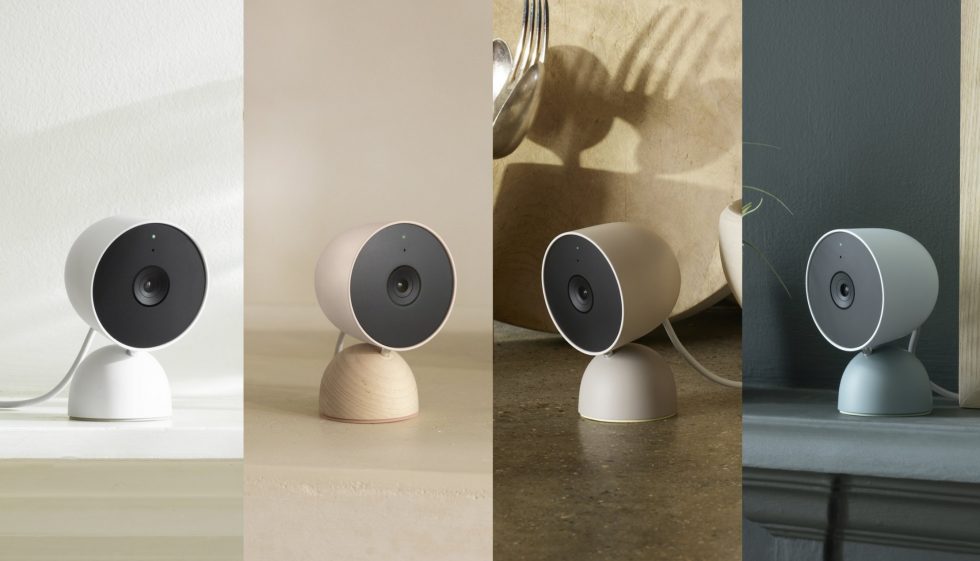 The cutest new product of them all is the Nest Cam (Wired), a $99.99 new camera made for indoors that comes in four colors. Google provided me and the Google Store with absolutely zero specs on it, so yeah, that’s all I have for you. It’s “coming soon,” so we’ll get those details soon enough.