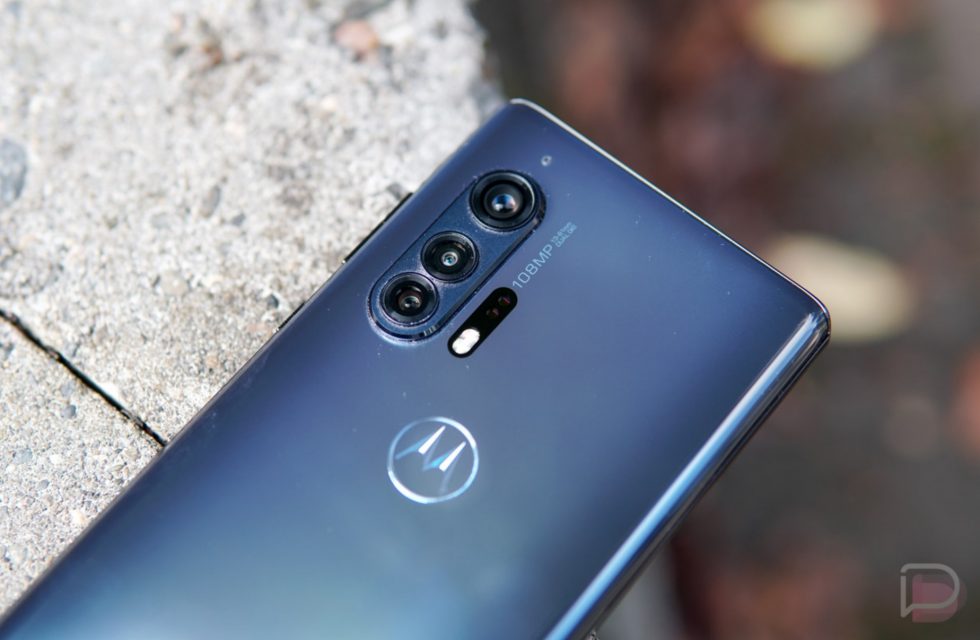 Verizon began pushing a new update to the Motorola Edge+ earlier in the week and it included a new feature the company had not yet announced. Called “Verizon Adaptive Sound,” we were curious what this would introduce, but assumed it was an app Verizon was planning to install on your phone to improve the audio and media experience. As it turns out, it’s probably worse, because Verizon is adding it to your phone’s system settings.

In a post today to announce some random budget Motorola phone, Verizon introduced Verizon Adaptive Sound as a new feature that “produces brilliant spatial surround experience regardless of what headphone, soundbar or earbud brand you use or what application you’re watching or listening to, including Dolby Atmos-enabled content.” They said it will launch with today’s run-of-the-mill mid-range Moto phone I’ll never remember the name of, while suggesting it’ll come to other phones (which we knew already).

But then they showed how to use it and that’s where we aren’t in love. To access Verizon Adaptive Sound, you’ll find the new Verizon feature you didn’t ask for buried in your system settings as a newly installed service through a system update. It’ll be in the sound settings of phones from Motorola for sure, but could come to others.

Verizon Adaptive Sound can enhance voices, bring bass or treble boosts, and give you some equalizer controls as it tries to automatically improve sound in music, video, games, etc. It appears as if you can turn it off too. 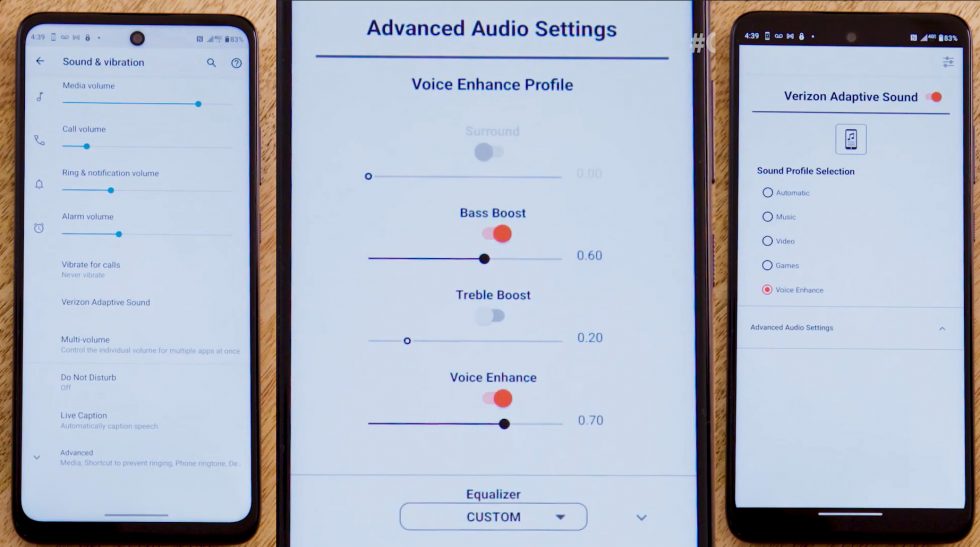 Why the worry? Well, because this sure appears to be baked into the system, that suggests you can’t remove it. If it were just an app from Google Play that they were pre-installing, you could at least get rid of or disable it, you know, since it’s a feature you didn’t ask for.

My other worry here is that this is a carrier adding an audio feature to phones, which isn’t typically an area they would dip their toes in. Unless of course, they are planning to add Verizon Adaptive Audio+ as a paid-for add-on to your account in the coming months with super HD streams and a whole bunch of advertisements to try to get you to opt-in. You know exactly how this could end, right?

Thankfully, phones from Samsung and OnePlus tend to already include their own audio settings like this thing here from Verizon. My hope is that they won’t touch those phones or try and talk those companies into adopting theirs over the OEM controls. For now, Motorola is definitely accepting Verizon’s new found love for audio. I do worry some about Google’s Pixel phones. We should know shortly when the July update drops.

Hey, improved audio! If you own a budget or mid-range phone or one from Motorola, maybe you’ll welcome this supposed audio improvement. If not, well, tough.