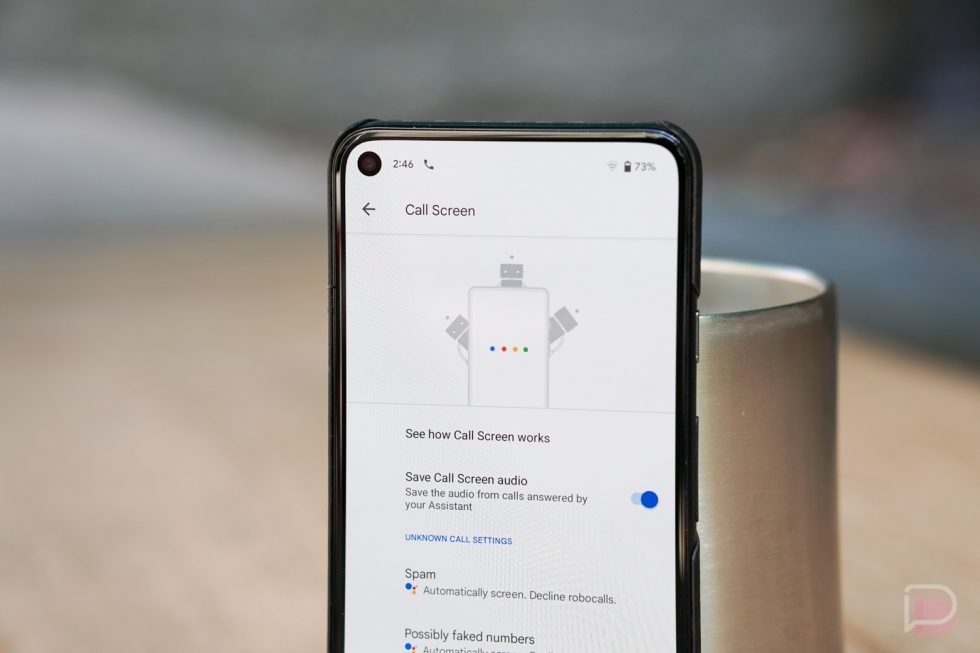 The number of articles we’ve written about how all the US carriers have adopted some level of spam and robocall support is no small amount. There was a moment in time a couple of years ago where all of them were proud to introduce a feature that would help stop the flood of bad calls coming to all of our phones.

It’s hard to tell how much any of their solutions have worked, because I know first hand that both my Verizon and T-Mobile phones are constantly blasted by spam. Even the FCC updated its spoofed robocalls page as recently as June to continue to remind folks that this is a battle they are struggling to contain. Billions of calls are still placed across the US each month.

For me, the solution that has worked the best is Google’s Call Screen on Pixel phones. I’m now at the point where I’m not sure I could live without a Pixel phone around the house because I’d hate to go back to life pre-Call Screen.

When this feature first rolled out 3 years ago to the Pixel 3, I was hesitant to give it a full-go. I was worried that it would screen or block important calls, that the transcriptions it offered would deter people I needed to talk to, etc. Today, I’ve basically turned every feature of the service on and my life has almost gone back to normal without the 10+ robocalls and spoofed numbers I used to see every day. 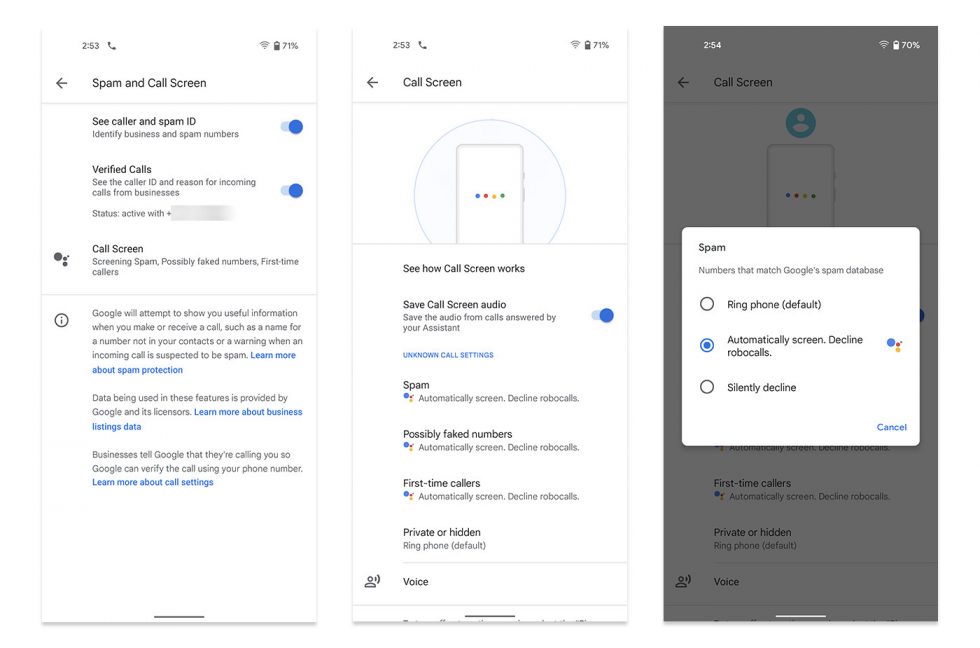 For those not familiar, Google’s Call Screen is built into the Phone app on Pixel devices. I believe a few Motorola devices have access to Call Screen as well. You can find it in the Phone app’s settings area under “Spam and Call Screen.” There are a bunch of related options in here, like getting info from verified callers and seeing caller and spam ID. Where the magic happens is in the Call Screen area.

In here, you’ll be able to tell your phone to save audio that comes through as calls are screened, so you can play it back later on if you missed something important or want to listen to robots convince you that they are the Social Security Administration.  The other big thing you can do is specify what Call Screen should do depending on the call.

In the right screenshot above, you can decide if spam, possibly faked numbers, first-time callers, and private/hidden numbers can get through or if they should be screened. When I first started with Call Screen, I think I left it open to first-time callers, but I have since enabled automatic screening on that too. The controls here are nice to have, it’s just that without all of them fully enabled, robocalls still get through.

Since enabling everything but screening of private/hidden numbers, I think I’ve missed one important call, where it screened someone and I missed the call because I wasn’t paying attention to it. Otherwise, it’s just blocking robocalls and spam without bugging me. No one calls each other anymore, so the chances of you missing something are quite slim. Also, if a number is in your contacts, it lets that through every time.

I’d say that I wish this feature would come to other phones, but it’s a pretty good way for Google to convince you to buy a Pixel phone, like the upcoming Pixel 6 and Pixel 6 Pro.