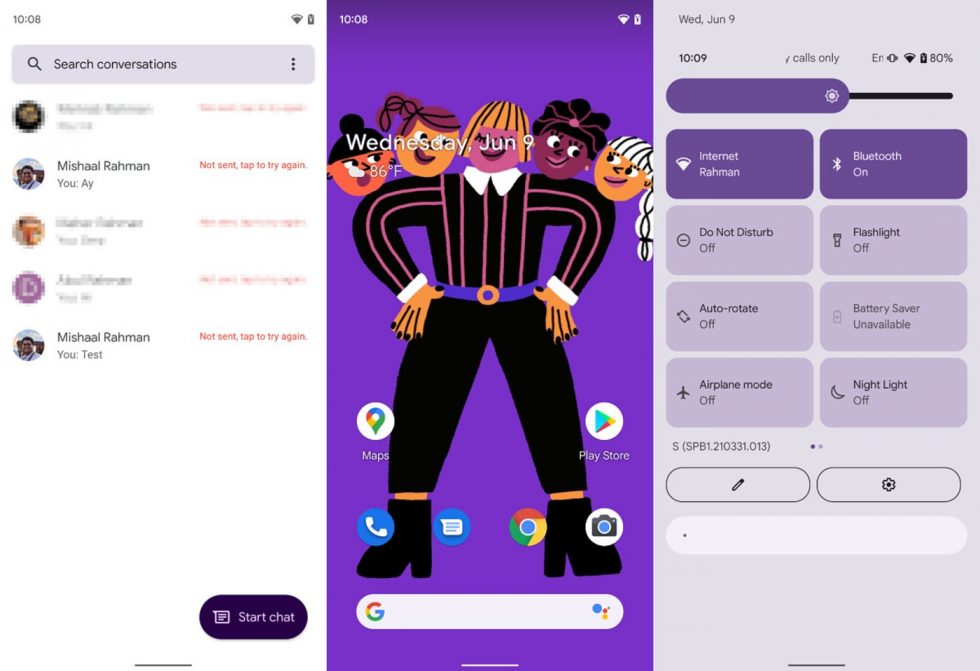 Recently spotted, Google is preparing its Messages app to beautifully integrate with Android 12’s Material You user interface, bringing a bit of dynamic color to the messaging app.

On Android 12, the UI’s accent color can intelligently match whatever wallpaper you’re using. More details on that here, as it’s working wonderfully inside of the latest beta for Android 12. Well, Google is going a step further, bringing that same dynamic color support to Messages, as detailed by the good people at XDA.

With the updated Messages app, which appears to be slowly rolling out to users, the portions of the app that will see colorful changes include the search bar, shortcut tabs, and the floating action button. As you’ll note in the header image above from XDA, the wallpaper’s purple color leaks into all portions of the UI, including that Messages app.

Android 12 is gonna be sweet, people.