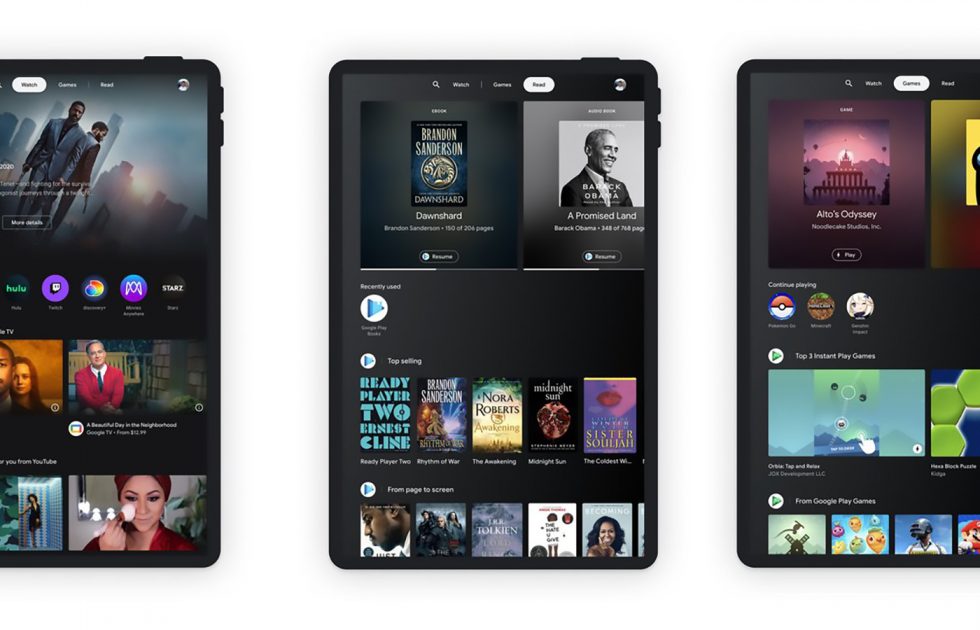 Android tablets still aren’t really that popular, few companies you care about make them, and they are terrible as productivity devices. Like, Android tablets do almost nothing well because the platform hasn’t given them the opportunity to. But one area they can shine is in entertainment. They are big dumb screens that can show content, let you play games, and maybe even read a book.

Today, Google is hammering all of that home with an announcement for the new Entertainment Space for Android tablets. The Entertainment Space is a “one-stop, personalized home for all of your favorite movies, shows, videos, games and books,” we’re told.

Should the tablet you own get this Entertainment Space, you’ll be able to setup profiles for each user in your house and sign-in with all of your streaming accounts to get that super tailored content experience. Rather than hop between apps, this space brings it all to you from multiple sources, sort of like the new Google TV app, only expanded with games and books. Everything is separated into 3 tabs: Watch, Games, and Read. Those are all self explanatory, I’d hope.