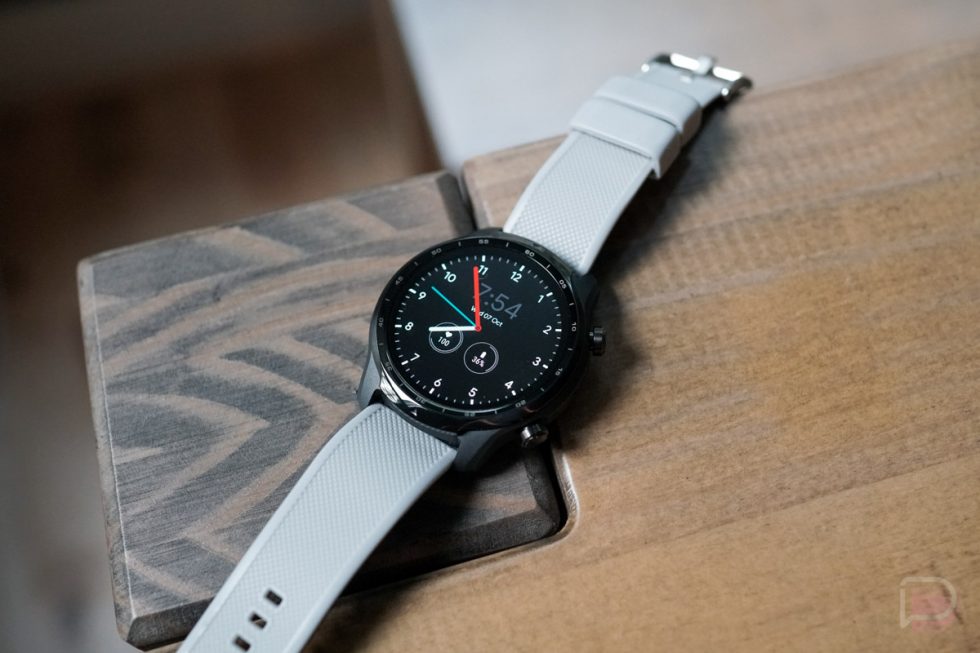 The Mobvoi TicWatch Pro 3 may be the best Wear OS watch on the planet, mostly because it’s the only watch running the Snapdragon Wear 4100, but that doesn’t excuse the company from being slower than we’d like at providing updates. The big Wear OS H-MR2 update that Google first told us about in August of last year, the update that is supposed to bring true support to that 4100 chip, still isn’t on the Pro 3. That seems not great, right?

Mobvoi says it has been in testing for months after first telling us in October that it would arrive “very soon.” It’s now the end of April and it appears we are finally getting the update.

A user over at reddit shared what is apparently a Facebook group message from Mobvoi that details the update and its rollout. The first batch of users should have started getting the update yesterday with rollout reaching 100% by April 24.

In the update (PMRB.210407.001), new features include an option to disable the long-press of the power button to activate Google Assistant (lol), new screen brightness layout, new weather tile, and a new theater mode. There are also improvements for media volume and ringtone volume, app launcher sorting, UI smoothness, and performance of the Snapdragon Wear 4100 (!).

To check for this important update, head into your watch’s settings, then System>About>System updates. 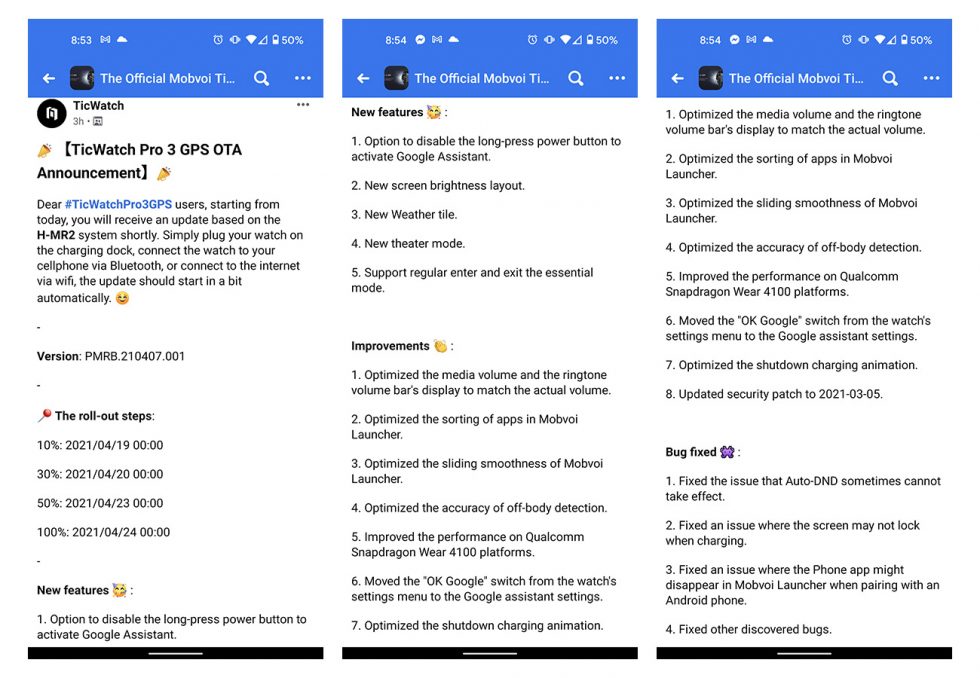